Medical practice is a calling - Dr. Munghe...
Next Story

The Vicar- General of Kampala Archdiocese, Msgr. Charles Kasibante has asked Christians and all Ugandans to use their gifts and skills to improve the conditions of poor people in their communities.

He decried the sub-culture of individualism, which he said had aggravated contemporary social problems like nepotism, corruption and sectarianism, further to slowing development.

Blouin, who hails from Canada, was a member of the Catholic religious institute of the Brothers of Christian Instruction, popularly known as the Brothers of Kisubi. He was the founding Director of Kisubi Brothers Center of Uganda Martyrs University (2003).

He was also the first Principle of Kisubi Brothers University College (2007), which later became University of Kisubi (UNIK). He passed on in the US, on January 21. 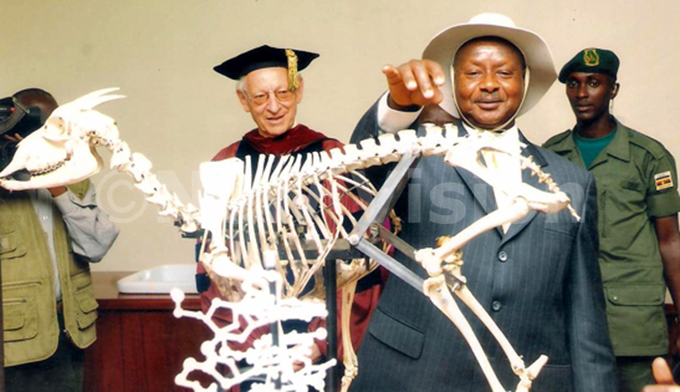 Kasibante praised Blouin for his commitment to religious life and holistic education and urged all the Christians to emulate him.

"Bro. Blouin became a religious brother at a relatively early age. He remained committed to his vocation even after attaining high academic credentials. He led a simple life-style, yet he was always ready to help fellow human beings to advance and lead better lives," Kasibante said.

The Provincial Superior of the Brothers of Christian Instruction, Bro. Peter Kazzekulya, praised Blouin for his generosity. "He was a convinced religious with unrivalled compassion. He traversed Europe and the US looking for scholarships for the needy students. He also did a lot of fundraising for the improvement of the University's infrastructure. It was because of his efforts that we subsequently got new buildings further to having the old ones renovated."

Prof. John Ssebuufu, the Vice-Chancellor of University, commended Blouin for laying a firm foundation for the University.

Bro. Vincent Barigye, a former Provincial Superior asked the University's stake-holders and friends to donate money towards a special memorial fund, which the Brothers had set up to immortalise Bro. Blouin.

He said the fund would be used to help needy students and also, to fund other needs of the University.

Sony seeks to delay earnings over ''The Interview'' cyberattack