People with the wrong genetic makeup who also smoke are especially at risk, according to scientists.

People with the wrong genetic makeup who also smoke are especially at risk, according to scientists.

Scientists have unveiled a trove of newly-discovered gene variants to help predict who will most likely develop a killer lung disease, both among smokers and non-smokers.

The world's biggest probe of the genetics of lung health yielded 43 new gene variants linked to chronic obstructive pulmonary disease (COPD), a major cause of death.

COPD is a bundle of incurable lung ailments, including emphysema and chronic bronchitis.

People with the wrong genetic makeup who also smoke are especially at risk, a team of scientists wrote in the journal Nature Genetics.

"As a result of this work, we can now better predict who will develop COPD -- opening up the possibility of using this information in prevention," said Martin Tobin from the University of Leicester, one of the leaders of the research team.

"This genetic information guides future treatments including the development of new drugs."

According to a 2015 study in the Journal of Global Health, there were an estimated 384 million COPD cases globally in 2010.

It claimed about 2.9 million lives that year, making it the fourth most common cause of death -- predicted to reach third place by 2030.

About 90 precent of COPD deaths occur in low- and middle-income countries, and some 40 percent of deaths are attributable to smoking.

This is largely due to genetic differences, said the research team. 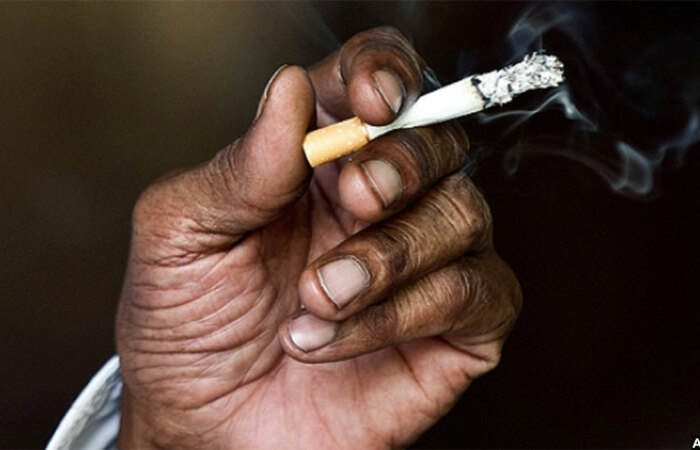 By nearly doubling the number of genetic variants associated with lung disease, they discovered that people in the highest genetic risk group had a 3.7 higher chance of developing COPD than those in the lowest.

As many as 72 out of 100 smokers in the genetic high-risk group will develop lung disease, the team said.

"By quitting smoking in early adulthood, COPD could be prevented in five out of ten people" at high genetic risk, said the University of Leicester.

"The breakthrough advance could help defuse a 'ticking time bomb' for serious lung disease, with over a billion smokers worldwide at risk," it added in a statement.

Genes are sections of DNA carrying codes for building the proteins an organism needs to function.

Sometimes the same gene varies from one person to the next, accounting for distinct features such as straight or curly hair, eye colour, and vulnerability to diseases.

"Given how common COPD is, we know surprisingly little about the reasons why one individual develops the condition whilst another does not," said fellow research leader Ian Hall from the University of Nottingham.

"The study of genetic variation between individuals provides a powerful way to understand these mechanisms which underlie disease risk, which in turn will provide a stimulus for drug development."

The study involved more than 100 scientists trawling through the genetic signatures of 350,000 people from 13 countries.

Over 180 Ugandans granted dual citizenship in the Nordics