How can I get him back?
Next Story

PIC: Miss Universe contestant Iris Mittenaere (R) of France is crowned the new 2017 winner by former Miss Universe Pia Wurtzbach of the Philippines (L) during the Miss Universe pageant at the Mall of Asia Arena in Manila. (AFP)

Miss France was crowed Miss Universe on Monday in a made-for-television spectacle free of last year's dramatic mix-up but with a dash of political controversy as the finalists spoke out on the refugee crisis and other hot-button global issues.

Iris Mittenaere, a dental surgery student from Lille in the north of France, beat 85 of the world's most beautiful women at the event in the Philippines scheduled for primetime viewing in the United States. 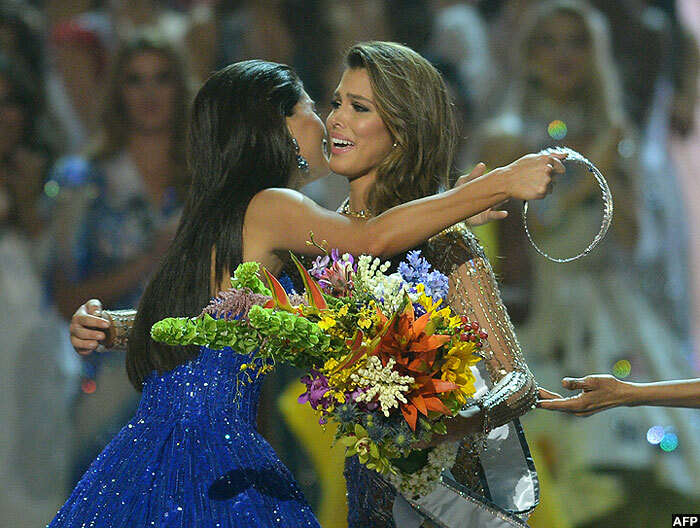 In the final question round, Miss France highlighted the benefits of open borders when asked about the global refugee crisis.

"Having open borders allows us to travel more through the world and to find out more about what's out there in the world."

Miss Kenya, another finalist, said Donald Trump's presidency "may not have been the choice of many people" and divided the United States.

She also spoke out in support of former US president Barack Obama and said she backed Hillary Clinton to be America's first woman president.

"I feel once he took up his position, he was able to unify the entire nation," said Mary Esther Were, 27. 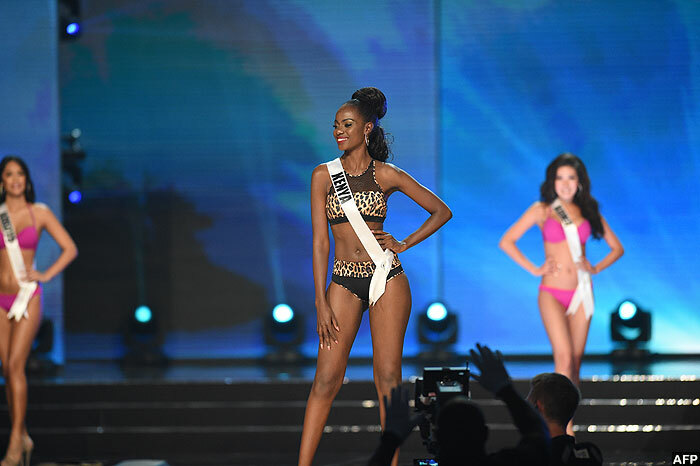 Miss Colombia appeared to allude to Trump when asked why violence was prevalent in the world.

"Although there are presidents who don't get along with others, we work together to unite. Campaigns, respect and inclusivity to be able to have a social transformation that would educate our children," said Andrea Tovar, 23.

The mistake featured prominently on Monday's show, with candidates and the home audience often ribbing Harvey about it.

"Steve, I never got to thank you but thank you for making me the most popular Miss Universe," Wurtzbach told Harvey at the opening of show.

Harvey this year got through the closing moments of the ceremony smoothly. 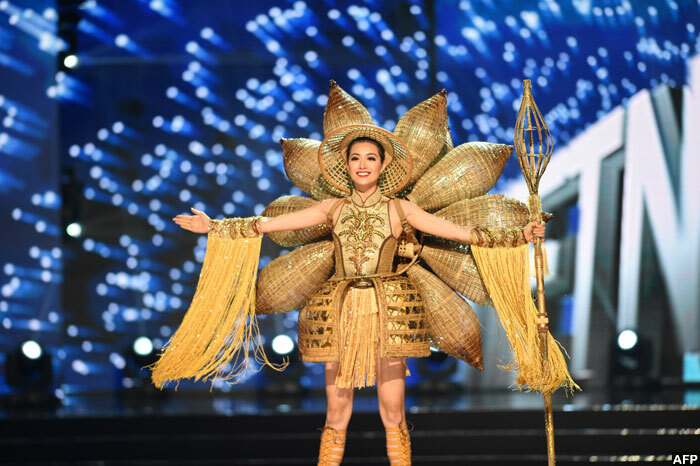 The Philippines agreed to host the pageant as part of efforts to draw tourists and investors.

Beauty pageants are also hugely popular in the Philippines, particularly among the tens of millions of poor who see the contests as a chance for their beautiful compatriots to live a life of fame and luxury.

But allowing the Philippines to host has proved controversial, with critics claiming the pageant would whitewash Duterte's brutal drug war, which has left more than 6,000 people dead.

Despite the controversies, excited fans from across the globe lined up before dawn to watch the pageant, which was held in the morning Manila time for the coveted prime American evening viewing audiences.

Fans dressed in evening gowns with a sash took selfies outside the seaside arena where the competition was held while others organised viewing parties in hotels and restaurants in the capital.