AFCON: Uganda, Mali bow out in soggy Oyem ...
Next Story

Ibrahim Sekagya is one of the most successful products of Ugandan football.

In a career that spanned 15 years, the former Cranes captain was able to compete in Europe's high-profile tournaments, and win several domestic titles.

And yet for one reason or the other, the former Cranes captain, still couldn't lead the country to the prestigious Nations Cup finals.

But despite his Nations Cup misadventures with the Cranes, Sekagya who retired into a coaching career at New York Red Bulls, still holds significant influence at the ongoing Nations Cup tournament.

Incidentally Sekagya's influence isn't with The Cranes, but with the Cameroonian national team that is currently preparing for an explosive showdown against Senegal on Saturday. 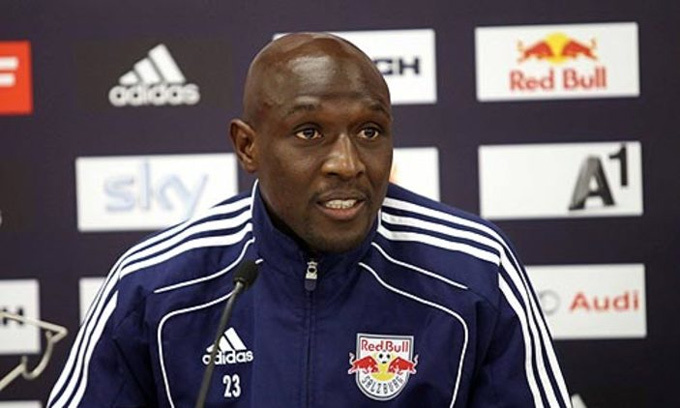 As the Indomitable Lions prepared to fly to Franceville for the quarterfinal match against the Lions of Teranga, Cameroonian star Ambroise Oyongo confessed that he wouldn't be at the finals if it wasn't for the Cranes legend.

"When I saw you dressed in a Ugandan jersey, I felt so emotional because of my attachment to Sekagya. Sekagya is why I am playing at the Nations Cup," stated Oyong, a key figure in Cameroon's impressive run to the knockout stages.

"I call him my father. He is a father to me. He is everything to me. He was such a wonderful player. Very intelligent and I learnt so much from him" Oyongo added.

Sekagya was an integral figure in the famous Red Bulls side that won the first-ever MLS Supporters' Shield in 2013, and at that time, Oyongo was among the reserves trying to break into the first team.

But after a season training with the flamboyant Uganda defender, Oyongo was able to finally make the first team. He also earned his first cap with the Cameroon national team the following season.

"Sekagya helped me develop. I don't know why he decided to retire," Oyongo pointed before questioning his decision to retire.

And yet Oyongo still rates Sekagya higher than all three.

"I played with him and I know what I am talking about. He should not have retired. He was still capable of playing at the highest level. For me I still rate him as one of the best defenders from Africa," he added.

During his prime, Sekagya was such an imperious figure for both club and country.

Besides facing established forwards in Europe, he also excelled against some of Africa's best forwards.

His superb game reading, timely tackling, a calm demeanor and quality distribution out of defence are what help him stand out from the rest.

Considering his knowledge of the game, Red Bulls chose to entrust him with their reserve team.