A total of 97 young men and women in development and leadership have been selected under the Norwegian government powered Fredskorpset program FK Norway to hone their skills in an exchange program that will see them placed in 13 most priority countries.

Programme Adviser Marianne Gohn Jonsberg said through the exchanges, the young leaders will get exposure of "how it is done elsewhere" and also strengthen regional and international interactions.

"The idea is for young professionals to learn from one another.

"If they can get the exposure, exchange ideas, it could spur development," the deputy director general said. 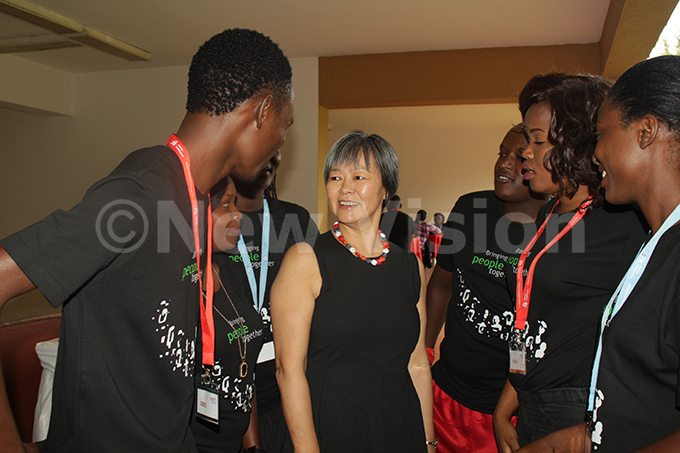 During Monday's induction function at Speke Resort Munyonyo that was presided over by the Norwegian Ambassador to Uganda Susan Eckey, the 97 young leaders couldn't wait to embark planes which would take them on a journey of new discoveries.

The young leaders were from programme priority countries, including Kenya, Ethiopia, Zimbabwe, Rwanda, Zambia and Norway among others.

They will be in the ‘exchange countries' for six to ten months.

Gohn Jonsberg said since 2000, when the ‘new type of exchanges' started, 7800 young people had been facilitated on the programme.

"It is important to facilitate young people to develop their leadership and entrepreneurship skills and to draft policies that place youth at a centre of development," she said.

"Each participant will be facilitated for the time they will be in the ‘exchange country'."

The programme will pay for their air tickets, accommodation and feeding and transport expenses.

"We are looking at institutional capacity building. The institution they are joining must be in a similar business as their mother institution," he said.

Over $8M (sh24b) was injected in the development of professional skills among 200 young people across 14 countries in 2015.

Under the initiative, young professionals aged between 22 and 35 from the priority countries were facilitated on a staff exchange program expected to improve participants' outlook.

A third year law student at Makerere University Jonathan Wasswa said he travelled to Gwanda in Zimbabwe from September 2015 to June 2016 and was thankful to the programme.

"I am basically a sports fanatic, away from my studies, but being in Gwanda was an altogether different experience," said the young man who can now speak the Shona and Ndebele languages from the southern Africa country.