10 habits that can damage your kidneys
Next Story

The idea came to one of them, 26-year-old Olivia Koburongo, after her grandmother fell ill.

The idea came to one of them, 26-year-old Olivia Koburongo, after her grandmother fell ill.

PIC: Telecommunications engineer Olivia Koburongo fits a child with the mama-ope kit at the Makerere University of Public Health in Kampala. (AFP)

A team of Ugandan engineers has invented a "smart jacket" that diagnoses pneumonia faster than a doctor, offering hope against a disease which kills more children worldwide than any other.

The idea came to Olivia Koburongo, 26, after her grandmother fell ill, and was moved from hospital to hospital before being properly diagnosed with pneumonia.

"It was now too late to save her," said Koburongo.

Koburongo took her idea to fellow telecommunications engineering graduate Brian Turyabagye, 24, and together with a team of doctors they came up with the "Mama-Ope" (Mother's Hope) kit made up of a biomedical smart jacket and a mobile phone application which does the diagnosis.

Pneumonia -- a severe lung infection -- kills up to 24,000 Ugandan children under the age of five per year, many of whom are misdiagnosed as having malaria, according to the UN children's agency UNICEF.

A lack of access to laboratory testing and infrastructure in poor communities means health workers often have to rely on simple clinical examinations to make their diagnoses. 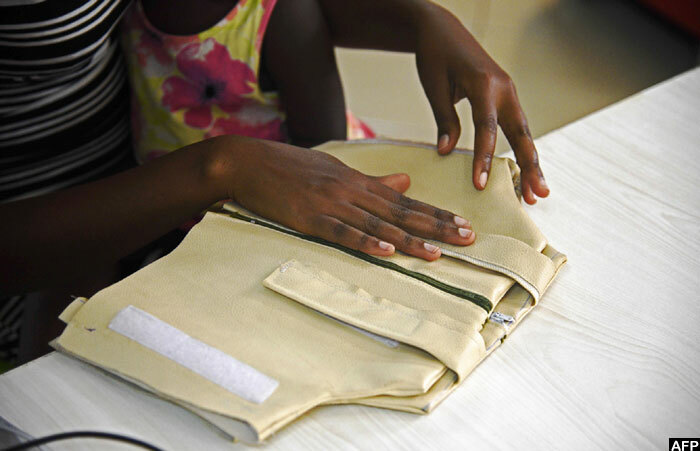 With the easy-to-use Mama-Ope kit, health workers merely have to slip the jacket onto the child, and its sensors will pick up sound patterns from the lungs, temperature and breathing rate.

"The processed information is sent to a mobile phone app (via Bluetooth) which analyses the information in comparison to known data so as to get an estimate of the strength of the disease," said Turyabagye.

The jacket, which is still only a prototype, can diagnose pneumonia up to three times faster than a doctor and reduces human error, according to studies done by its inventors.

Traditionally doctors use a stethoscope to listen for abnormal crackling or bubbling sounds in the lungs, however if medics suspect malaria or tuberculosis -- which also include respiratory distress -- the time lost treating those rather than pneumonia could prove deadly for their patient.

"The problem we're trying to solve is diagnosing pneumonia at an early stage before it gets severe and we're also trying to solve the problem of not enough manpower in hospitals because currently we have a doctor to patient ratio which is one to 24,000 in the country," said Koburongo. 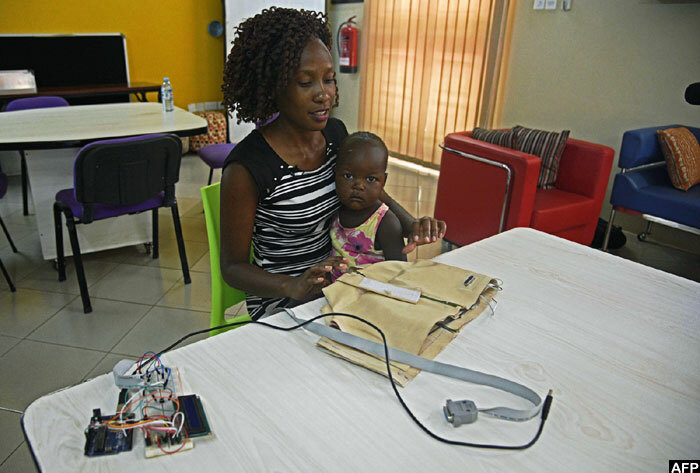 Turyabagye said plans were underway to have the kit piloted in Uganda's referral hospitals and then trickle down to remote health centres.

"Once you have this information captured on cloud storage, it means a doctor who is not even in the rural area, who is not on the ground, can access the same information from any patient and it helps in making an informed decision," he added.

The team is also working on patenting the kit, which is shortlisted for the 2017 Royal Academy of Engineering Africa Prize.

"Once it is successful (in Uganda) we hope it is rolled out to other African countries and major parts of the world where pneumonia is killing thousands of children," said Koburongo.

According to UNICEF, most of the 900,000 annual deaths of children under five due to pneumonia occur in south Asia and sub-Saharan Africa.

This is more than other causes of childhood death such as diarrhoea, malaria, meningitis or HIV/AIDS.

Back to school in masks as Singapore eases virus curbs

Back to school in masks as Singapore eases virus curbs