Cranes need a minimum of four points from their next two games to guarantee progress to the knockout stages.

Cranes need a minimum of four points from their next two games to guarantee progress to the knockout stages.

Back then, the Cranes impressed the continent as they registered an unlikely run to the final before losing 2-1 to hosts Ghana. 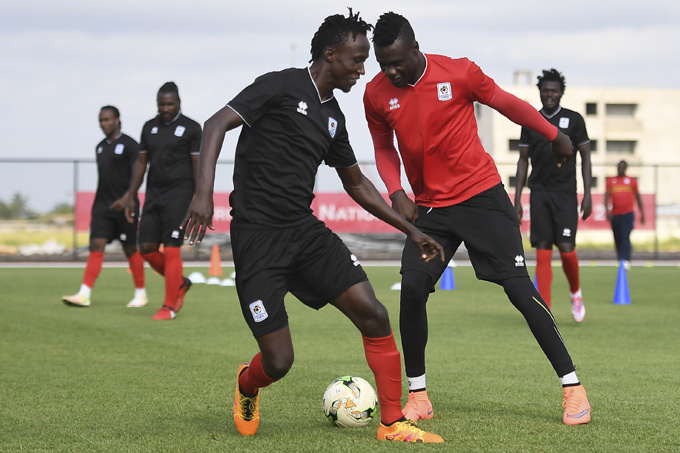 However, three decades later, the storyline is different.

Unlike in Ghana, where they announced their credentials with a 3-1 win over Congo in the first game, the Cranes faltered in their first game this time and seem to be on course for an early exit.

The only way the Cranes can avert this is to stun four-time Africa Nations Cup champions Egypt on Saturday in their second Group D fixture in Port-Gentil.

Cranes need a minimum of four points from their next two games, (a win and draw from either Egypt or Mali) to guarantee progress to the knockout stages. 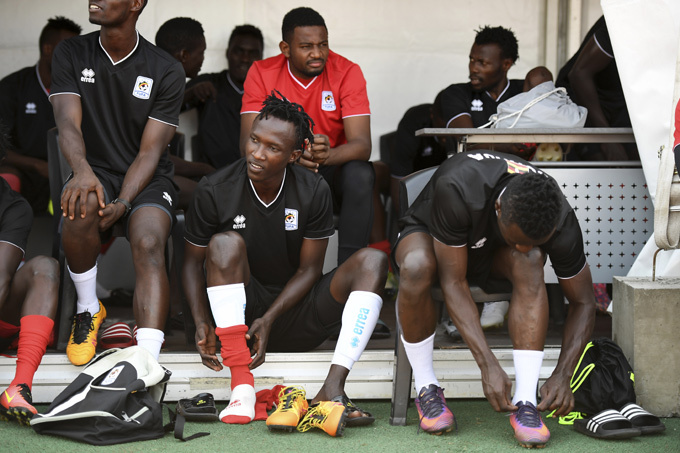 But first and foremost, that's a huge challenge considering Uganda's horrible record against Egyptians. The Cranes have never beaten an Egyptian team. Their last two friendly fixtures in Cairo ended with 3-0 and 3-1 defeats. They have also never eaten a Malian side.

Secondly, having earned just a point from the game against Mali, the Pharaohs will be desperate for all three points against Cranes and will throw everything to achieve that even if it means coning the referee.

But Cranes can do their part, and that is putting up a disciplined performance against the Pharaohs who are already plagued with various concerns.

Just like Mali, Egypt struggled to score in their first game.

Both Egypt and Mali played out to a goalless draw and for the Pharaohs, danger man Mohamed Salah was disappointing before being substituted.

The pitch at Port-Gentil also seemed to undermine Egypt's free-flowing style of football. 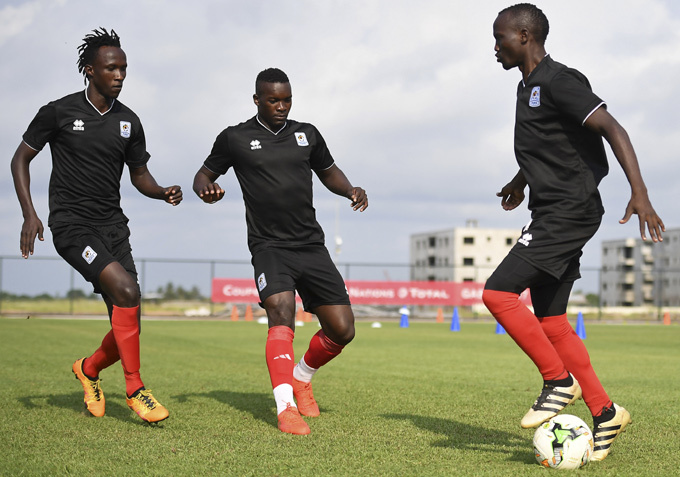 The pitch has bobbles and does not suit the Pharaohs' passing game.

Egypt are already sweating over a goalkeeping crisis. Essam El Hadary is their only fit goalkeeper following injuries to Ahmed El Shenawy and Sherif Ekramy.

The Egyptian Football Association will not seek to call up another goalkeeper to the squad because it is not permitted under the Confederation of African Football's tournament regulations.

"Against Ghana, the players were affected by stage fright. But we will give 200% and try to get good results against Egypt and Mali," Cranes coach Micho Sredojevic stated.

Micho is an excellent tactician but will need to settle for the right system from the onset.

He changed the formation of his team twice against Ghana come-from-behind-victory over Japan in their first match of the World Cup.

While such tactical proactivity is usually to be applauded, it could also mean that he did that because he had started with the wrong players at the start.

His biggest challenges marching into this game are three fold -deciding on the right changes at the back, midfield and attack.

With Murushid Juuko returning from suspension, Micho will have to choose whether to revert to the back-four that served him so well during the Nations Cup qualifiers and that means keeping faith with Isaac Isinde, whose misjudgment cost Cranes against the Black Stars, or drop him and start Juuko alongside Hassan Wasswa.

Then should he field the more enterprising Nicholas Wadada or stick with Denis Iguma.

Aucho returns from suspension and should be a direct replacement for Mike Azira, who struggled to find his feet against the Black Stars.

But in the event that Micho choses to start two defensive-minded midfielders, how then would he accommodate Geoffrey Kizito, whose elegant display against Ghana, was only second to goalkeeper Denis Onyango.

Micho's team must also start scoring. He will have to take tough decisions or say gamble with some of the youthful strikers such as Mohammed Shaban at his disposal.

Shaban's pace and eye for goal can be an asset for any team. He also runs through the channels brilliantly, and can play off team captain Geoffrey Massa.

Cranes will need to penetrate better down that flanks through either Luwagga Kizito/Moses Oloya or Farouk Miya and create a pressure point. Speed on the counter will also be crucial. They will need to pass the ball faster, wear down the Egyptians and remain compact with or without the ball.