"Many actors are optimistic that the dialogue efforts will in an omnibus manner pay attention to such long overdue political questions..."

"Many actors are optimistic that the dialogue efforts will in an omnibus manner pay attention to such long overdue political questions..."

Analysts and politicians from various political parties have weighed in on the ongoing debate for national dialogue on the political future of Uganda.

Crispin Kaheru, the coordinator of the Citizens' Coalition for Electoral Democracy in Uganda, says a call for dialogue is a nationalistic thing to do, but it is not a fresh call.

"It is a resurgence of sustained calls for dialogues.  And one thing that this suggests is that a national dialogue is long overdue for Uganda. The factors that necessitate a national conversation are growing in leaps and bounds by the day," he says.

He notes that the reality of profound political polarisation in Uganda continues to attract people's attention each passing day - especially after the February 2016 general elections.

Kaheru argues that more so, lately, some historical structural faultlines have come back to haunt Uganda. The process of state formation occasioned by the assemblage of disparate groups under a single unit continues to threaten social cohesion with diverse groups constantly seeking autonomy on grounds of perceived exclusion and marginalization.

He says consequently, these threats have resulted to violent conflicts in some parts of the country, the most recent being the violence in the Rwenzori sub-region.

"The prevailing economic downturn and systemic factors such as poverty, unemployment, corruption, mismanagement of resources, resurgence of petty crimes, proliferation of small arms, all clearly indicate that a national conversation remains the fundamental condition for the economic and socio-political recovery of Uganda," he says.

He argues that with the prevailing high political polarization, tough economic times and a seemingly weakening social cohesion among Ugandans signify a strongly and very urgent need to consider a democratic framework (dialogue) as the only credible ground for political debate on current challenges, able to delegitimize the recourse to violence and to reinforce a culture of peace.

"The opposition in general has been calling for dialogue for a while. Some in the National Resistance Movement (NRM) too. This is precisely why the Interparty Organisation for Dialogue (IPOD), a grouping which brings together all parties in Parliament, was set up," Golooba says.

He, however, argues that IPOD's achievements are many, but it has failed in its quest to bring about a national dialogue bringing together parties (not necessarily political parties) that are willing to talk to each other openly and honestly and in an atmosphere of mutual respect.

Analysts note that while Uganda may have had elections just a year ago, some burning issues such as the youth factor and inter-generational dynamics persists, a condition which requires dialogue and collaborative efforts to prevent or mitigate prospects of violence in the country.

They say the issue of electoral reform have been on the discussion table for a long time (close to 2 decades) but have never been conclusively resolved.

"Many actors are optimistic that the dialogue efforts will in an omnibus manner pay attention to such long overdue political questions. The land question, the security sector reform question, and other social issues are some of the issues that actors think dialogue will be able to settle," Kaheru says.

Golooba says the Opposition should be modest in their expectations. He says the National Resistance Movement (NRM) leadership may want dialogue, but they will want it pretty much on their terms.

"President Museveni will not allow himself to be boxed into a corner where he has to answer to foreign mediators or where he will be merely one of several equal party leaders. In a sense, to expect him to come as an equal to everyone else is a little fanciful, as is the expectation that he, as President of Uganda who feels completely in charge, will want to submit to the authority or direction of some "respected foreign mediator," he says. 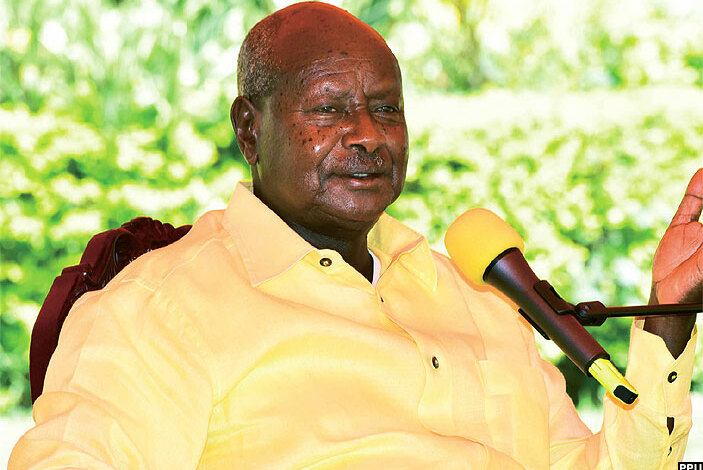 Golooba thinks the Opposition should seek to cultivate the trust of President Museveni in their intentions, just as he should work to get him to trust his intentions and good will, which he says is really a tall order.

The experts say all political parties in general need to be seen to be strongly cultivating fertile conditions for dialogue in Uganda.

"They should be seen to be promoting an atmosphere of mutual trust among themselves as political entities and among citizens in general - popularizing optimism around a national dialogue process would be a good starting step," he says.

Jimmy Akena, the president of Uganda Peoples' Congress, says he has been on record on the issue of dialogue as a very important aspect of dealing with some of the problems the country faces.

"But my approach has been without setting preconditions. You need to start somewhere and as dialogue develops you can then get into more difficult issues. But ultimately it is going to be up to us as leaders to define the future which we want for our country," he says.

He adds: "And you need to find ways whereby we can resolve matters in a method which will exercise greater tolerance and greater understanding. Now dialogue in itself you can't expect it to deliver everything but it can form a basis whereby we can develop from there."

Besigye also wants a formal and properly structured framework, having a clear agenda for the talks, putting in place a mechanism to guarantee implementation of outcomes, and coming to the dialogue as equal parties

Ofwono Opondo, the Government spokesperson, notes that the call by Besigye for 'dialogue' under those terms was not new.

Opondo argues that Besigye's terms are recycled as publicity stunt to remain relevant.

"There is no basis for such a demand because Uganda is neither in a political crisis, stalemate or war. Uganda has just emerged from a countrywide consultations and dialogue through the election campaigns and voting, which produced legitimate democratic institutions," he says.

He opines that all democratic, administrative, legal, peaceful, judicial and constitutional institutions of government and governance are working smoothly, properly and effectively to resolve any disputes, political or otherwise.

"Such dialogue can't have a higher mandate and legitimacy than the one provided for in our national constitutional. Our advice to Besigye and his sidekicks is that they mobilise politically to defeat NRM and president Museveni in an election by putting forward superior political platform, leadership and organisation. We won't give him anything on a silver platter," Opondo argues.

NRM deputy secretary general Richard Todwong says he doesn't know whether Besigye "is in form" because the agenda for national dialogue is not set by an individual.

"It is an institutional agenda and election is part of dialogue. We went for national election and Ugandans spoke what they want for Uganda. So I wonder what kind of dialogue Besigye is again looking for? If it is FDC looking for dialogue, then FDC as a party should speak through IPOD," Todwong says.

FDC's spokesperson Ibrahim Ssemujju Nganda says there has always been an effort to speak and what Besigye said was not something new.

"It is something we have said as FDC. As FDC we said we must have a dialogue that is inclusive of political players, religious leaders and cultural leaders because you are speaking about the country and each party has its own issues that you need to resolve for Uganda to be at peace," Ssemujju says.

He notes that dialogue is not just a deal between two political actors. "And then you have the rest of the country sidelined. And then these talks must be guaranteed to have reputable either regional or international leaders," he addes.

The former leader of opposition in parliament Wafula Oguttu said FDC as a party has been calling for dialogue since 2006.

"We haven't changed the issues at all, they are the same issues. If they (Government officials) are not listening, it's their business. But we are for dialogue; we are for peaceful change of government," Oguttu says. 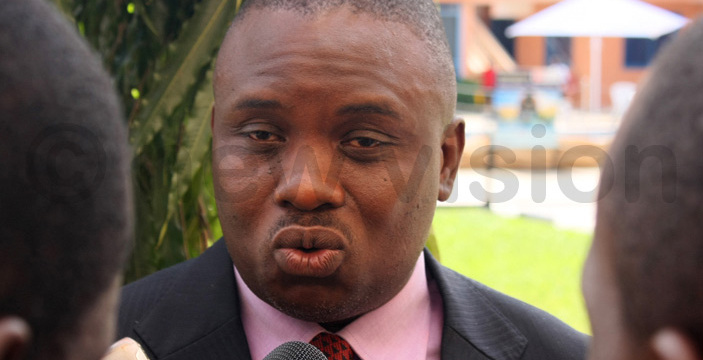 says he does not think there is a good faith on the part of President Museveni.

"That he (Museveni) would embrace a genuine dialogue which is structured, which is going to usher in a transition to a multiparty dispensation, that is going to revisit 2006 elections, that will dismantle his military or family rule and that will result into building institutional framework," Lukwago adds.

He further notes: "I doubt whether he can embrace that but that is what the nation would focus on but I am very skeptical that Museveni can embrace such a dialogue."

What is a seminary?