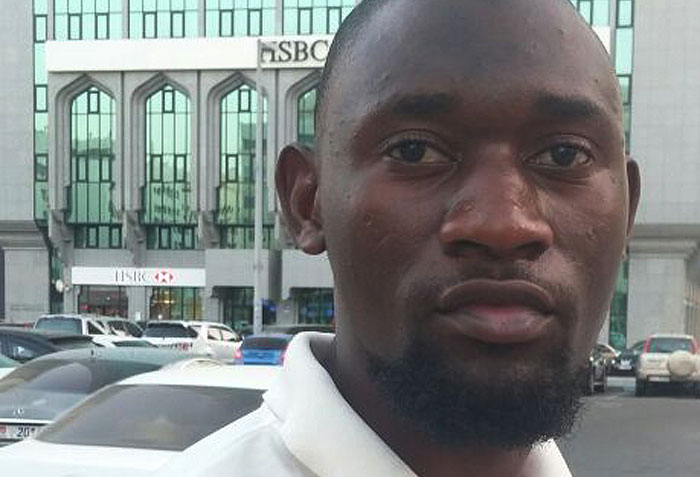 In regard to the article "Agriculture, six subjects to be dropped at O-level" that featured in one of the local Ugandan newspapers of January 2, 2017; subjects like agriculture, home economics, technical drawing, metal/wood work, building practice and music are proposed to be omitted from O-level curriculum This development was agreed upon in the December 21, 2016 meeting of President Museveni, the education minister and educationists.

The subjects proposed to remain are as good as preparing learners to focus on emerging as university graduates. Of them, a few professionals venture into private practice and a big percentage serve their carriers as employees and others find no jobs. Despite being few compared to many who accomplish not the entire education cycle, their contribution to the unabridged gap of unemployment shouldn't be overlooked. It is a shame, if such individuals make no difference from O-level and A-level graduates as well as drop outs. Astonishingly, upon advice of the ‘experts' the president and the minister were mistakenly made to endorse the output of more burden, the job seekers. Achieving some objectives of Vision 2040, that mainly requires science, innovation, developed human resource, strengthened private sector and industrial skills; is likely to lag and no doubt the move needs to be addressed.

The problem with O-level is not necessarily the number of subjects, rather the bulky content for coverage. With curiosity of that age, learners actually need a variety to choose from on what to continue with or not. Over years, the curriculum has been changing with former disciplines being baptised new names but the content remaining the same. The main purpose of O-level is to attain elementary knowledge. The tendency of coping and pasting the curriculum, where experts do little or no elimination of unnecessary should first be rectified. Taking an example of geography on the study of climate and terrain for North America, Canadian prairies, Germany, Switzerland, etc. There is no way such topics are of any benefit to a Ugandan whether he'll go or not go to those countries. After all, even the illiterate in the diaspora do survive. To add on, history has papers for West Africa and South Africa. The former paper that meets the writer's conversancy has coverage of kingdoms that almost take two terms. The reasons for rise and fall being the same, the teacher wound discuss the dynasties in a bragging mode as if making a difference. Truly, it's wastage of learners' time and future. Such kind of irrelevant topics are uncalled for. More especially, to an O-level graduate whom the government does not even consider educated. Experts in respective disciplines should thoroughly look through their syllabi and scrap off what fits not in the Ugandan context.

Omission of agriculture and others will be the worst blunder of all times. Any National Development Plan / program (NDP) would be expected to consider majority of Ugandans and so should be the curriculum development. Wiping out subjects of skills and extending them to polytechnics, technical and farm institutions; will deny an advantage of elementary knowledge to drop outs and many students from poor, middle income families and those in rural areas. Their advanced and tertiary education are not a guarantee. Among the importance of O-level skills subjects include; S.1 & S.2 agriculture alone can suffice to spread the awareness and essence of modernised farming instead of wasting funds in the NAADs program. Technical drawing equips a student with key skills of a draughtsman and can easily be taken up by the architectural industry. Home economics can shape function designers, bakers and chefs. And many others.

The skills subjects have been almost wholesomely offered in well-established grand schools. It's high time at least three or four skills subjects like agriculture, technical drawing and home economics be emphasised the same way science has been, in all schools.

It is a fact that teaching practicals of core sciences (physics, chemistry & biology) is costly in terms of competent staff and expenses on apparatus as well as chemicals compared to skills subjects. This renders teaching science in schools of medium grade, inefficient. The UNEB statistics can prove it that there are schools that annually register a high percentage of failure rate in core sciences. It would be better for students in such schools to study the subjects up to senior two. After acquisition of basic knowledge, they can be let to drop at least two and continue with the skills subjects. There is no justification for perpetual F9s in subjects where a learner picks little or no beneficial skills in relation to real life. Considering an O-level graduate from a rural or SEED school, a skills subject outweighs the science. Take an example of him offering home economics, he can emerge with baking skills. At least he may be a job creator compared to an A-level graduate who offered PCB or HEG combination. The O-level guy solves the unemployment challenge and likely to overcome poverty unlike the A-level graduate who perpetuates it. Thus, the former contributes to achievement of vision 2040 and meets the objectives of the poverty alleviation program.

Merging commerce, accounts, office practice and entrepreneurship is praiseworthy for it does reduce the repetition of business topics.

A few years back (2008), there was a campaign that put the teaching of political education come to a halt. Though some schools continued with it, many did away with it. The return of political education and merging it with political education is welcome. However, in a state where patriotic clubs are the talk of the day, the essence of the subject may be lost and the coverage ends up targeting particular interests which may not necessarily be of national concern.

Many citizens suffer a mind setback and consider university education, no matter what field of study, a prestige. For upcountry areas, unlike in and around the capital city, less has been done to sensitise the masses on the role and operation of polytechnics. Yet the subjects of beneficial skills are being pushed to institutions of which parents are biased or ignorant of. Many pupils drop out due to the lengthy six year secondary schooling, yet would benefit from short courses offered in vocational and technical institutions. There is need to draft and emphasise policies that enhance the increase in enrolment of P.7 and S.4 graduates into technical and farm institutions. Most people prejudice that attending these institutions is meant for academic failures. This isn't the case and one can actually go through them, seeks admission to the university, for pursuance of an appropriate program in any field or profession.

For A-level, the three or four principal subjects may not need to be tampered with. The elementary knowledge from O-level compliments the principals to offer a respective program at the university. What fails students from mastering key concepts in O-level, are the bulgy syllabi as discussed above and less practical knowledge. For the rest of the concerns raised, there is no compromise, advanced as its name sounds, students have to widen their knowledge and scope of view. Thorough practicals, field studies should be done and the students must read as much as possible. The incompetent have to be kicked out Darwinianly.

The writer is a Ugandan Teacher, based in Middle East