URA FC out of Mapinduzi Cup
Next Story

The Hima Cement Heathens beat Betway Kobs 33-17 at Kyadondo on Saturday to stretch their lead on top of the table. 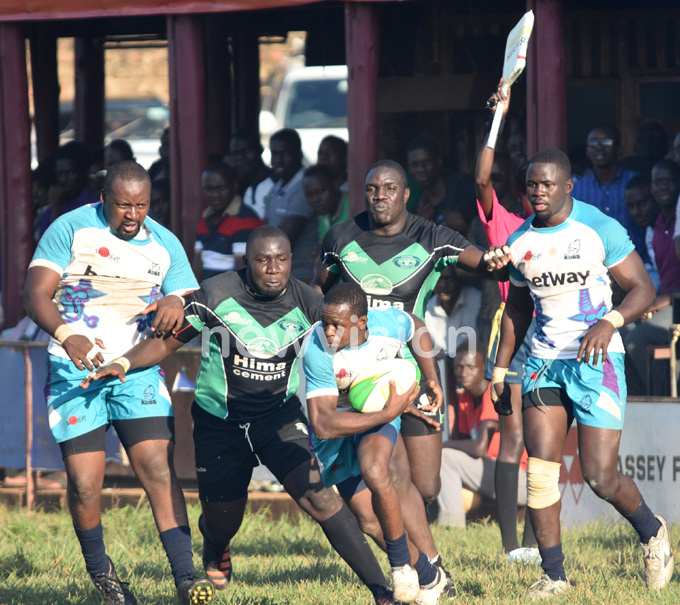 Kobs started well giving their fans hope of victory with 17-6 lead after a tries by  Ramathan Govule and Alhaji Manano with two penalties and two conversions by Joseph Aredo.

However, Kobs could not hold the pressure and a try by Heathens' Michael Wokorach and a conversion by Aron Ofoirwoth before half time, broke down Kobs.

In the second half, Kobs could not handle a charged Heathens as they suffered several turn-overs and penalties which were scored by Heathens Kicker Ofoirwoth, giving the hosts a 19-17 lead.

Later Philip Wokorach and Kenyan international Vicent Mose added a try each to give the host a 33-17 win.

Kobs players had poor ball handling, ball passing, player support on top of  decision taking which coach Edmond Tumusiime admits but attributes it lack of composure by his team in the second half.

Is a poor work ethic the cause of poverty?