"I'm hugely honoured to play for this club. To be up there with Sir Bobby in terms of goals is a huge honour."

"I'm hugely honoured to play for this club. To be up there with Sir Bobby in terms of goals is a huge honour."

Rooney, 31, set United on the way to a 4-0 FA Cup win over Reading in the seventh minute at Old Trafford, steering Juan Mata's cross past visiting goalkeeper Ali Al Habsi with his right knee. 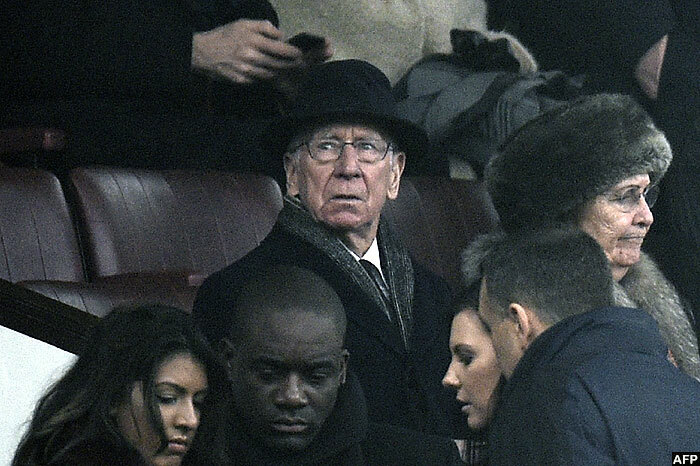 "It's a proud moment, to do it at a massive club like Manchester United," Rooney told BT Sport.

"I'm hugely honoured to play for this club. To be up there with Sir Bobby in terms of goals is a huge honour. Hopefully I'll be up there on my own soon.

"You want to do records in front of our home fans. We've got two home games coming up and hopefully I can get the record in one of them."

Ex-United captain Bryan Robson was one of the first figures from the club to offer his congratulations, writing on Twitter: "Congratulations @WayneRooney for equalling Sir Bobby's record."

Rooney, who was making his 543rd appearance for the club, broke Charlton's England scoring record of 49 goals in October 2015 and has now scored 53 times for his country in 119 games.

Charlton's United appearance record was broken by Ryan Giggs in May 2008. 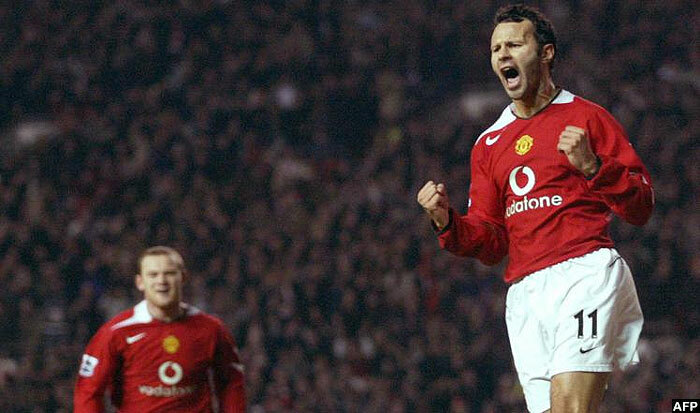 "Bobby Charlton is Bobby Charlton, but to have Wayne as the top scorer in such a big club is great for him," said United manager Jose Mourinho.

"He's an amazing guy in the group. We all want him to do it. It's amazing, but I want one more goal, a very important one, a last-minute goal."

Rooney joined United from Everton at the age of 18 in 2004, after starring for England at Euro 2004, and scored a Champions League hat-trick against Fenerbahce on his debut. 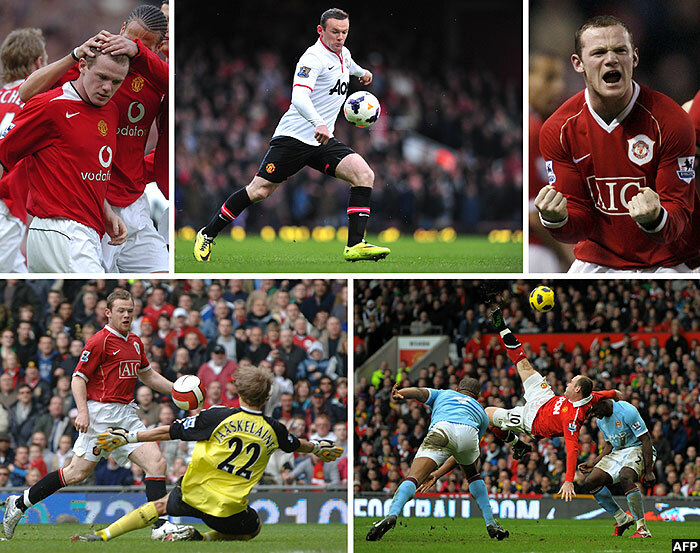 Rooney was named United captain by former manager Louis van Gaal in July 2014 and was given the England captaincy by then manager Roy Hodgson a month later.

But he has lost his place in United's starting XI following Mourinho's arrival as manager and has had to make do with occasional starts in the cup competitions of late.

ROONEY'S BEST DAY IS AHEAD - MOURINHO 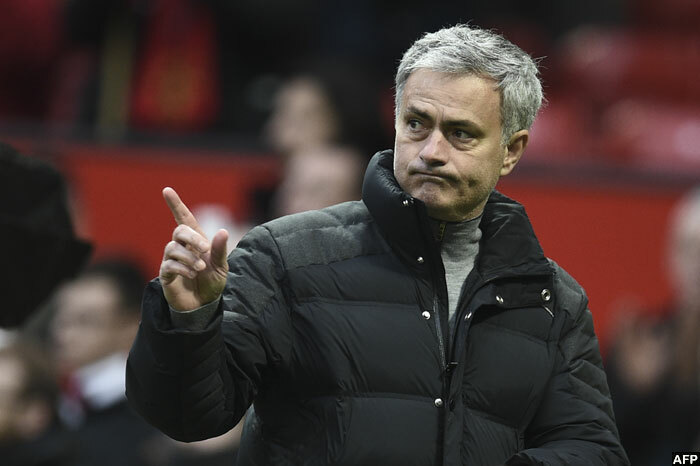 Rooney could now break the record against Hull City in Tuesday's League Cup semi-final first leg and United manager Mourinho said: "I think the best day for him will arrive.

"His best day will be the next goal. If he scores the next goal, he becomes the top scorer in the history of Manchester United.

"It's amazing because everyone knows who Sir Bobby is and what he means for the club. So for Wayne to score as many goals as him for Manchester United is fantastic." 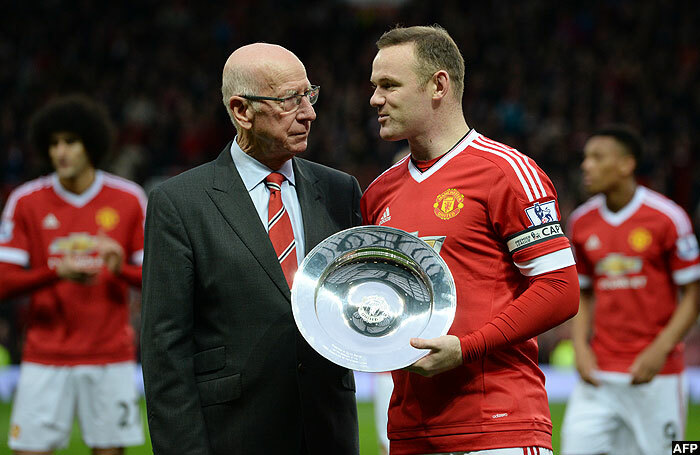 December 19, 2015: Rooney receives an award from United legend Sir Bobby Charlton before playing in his 500th game for his club

Rooney was delighted to make history after matching a record that has stood for almost 44 years, particularly with Charlton watching on from the directors' box.

"This club is a huge part of my life and I'm honoured to be up there alongside Sir Bobby," he said.

"It's a proud moment. To do it at a massive club like Manchester United, I'm hugely honoured." 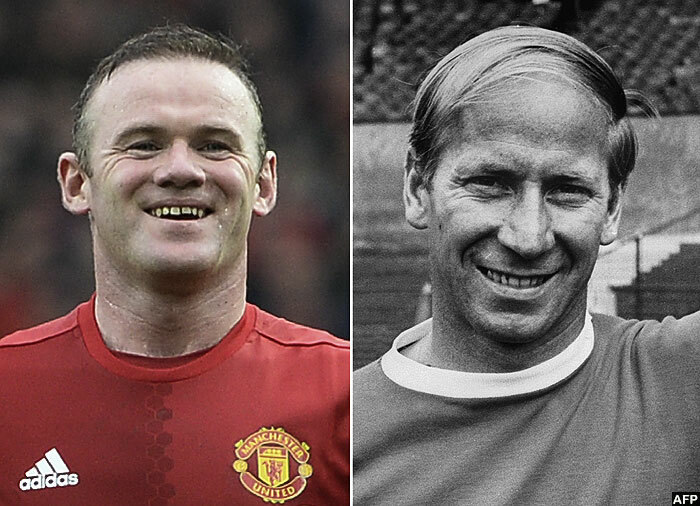 Reading boss Jaap Stam, making his first return to Old Trafford as a manager after his hugely successful time as a United player from 1998 to 2001, also paid tribute to Rooney.

"I think Wayne has been a great player, right from the beginning when he arrived here," said the 44-year-old Dutchman.

"He's a player who works very hard and I think you could see that here with the work rate he has and the quality he has with quality players.

"He's an outstanding player and it's no surprise he has scored so many goals. You can see what it means to him because even when they were 4-0 up, he was still running."

United were ruthless and could have scored many more as they strolled into the fourth round with a routine win.

"It was very professional -- I could see that from the first minute because we had two chances to score," said Mourinho.

"We played well, but we knew they were good with the ball so when we gave them the chance with the ball, they moved it well and created some things.

"For a long time the game was too open. But I was really happy with our attitude." 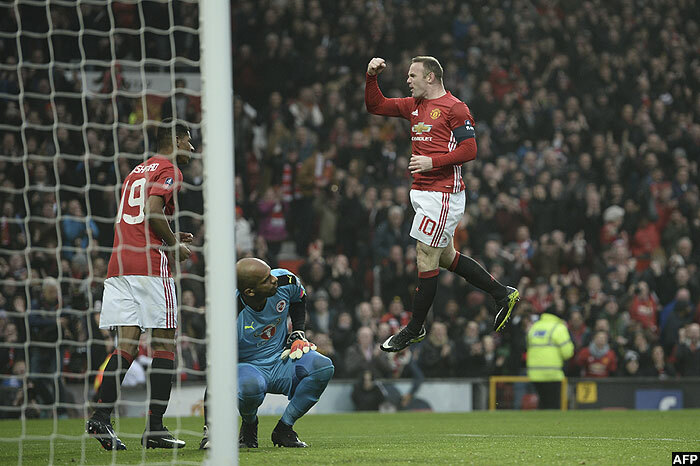 "I spoke with him at half-time and told him I don't care with the goals he missed in the first half because he had a big responsibility in the way we were breaking their defensive line," Mourinho said.

"He was playing so well. One more goal, one less goal, it doesn't change. But for an attacking player to score a goal means happiness, confidence. It was good for him.

"He's very fast and the team knows how to change between Marcus and Zlatan (Ibrahimovic). They are two different players. We know the kind of movements we have to do."

Stam admitted it was a learning curve for his second-tier side, who never seriously threatened United's goal despite a spirited spell in the second half at 2-0.

"It's not always a good experience when you win games, but it can also be when you lose games as well," he said.

"You see what you need to improve to make yourself better."

FDC conference: Behind the scenes