African Player of the Year - based in Africa:
Denis Onyango 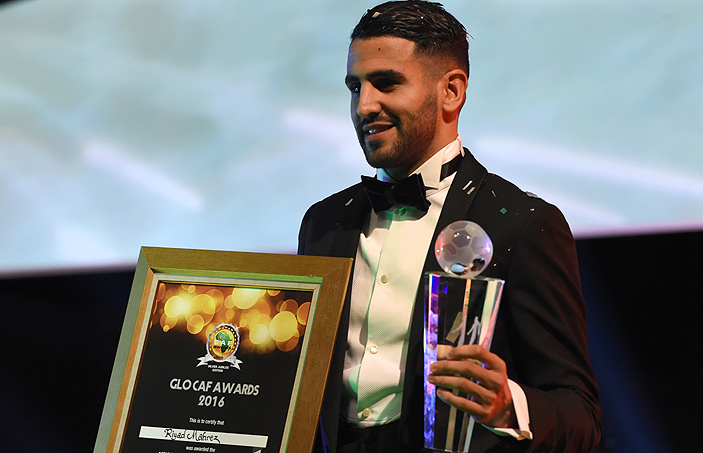 Algerian and Leicester forward Riyad Mahrez poses for a photo after being crowned African Footballer of the Year in Abuja, on January 5, 2017. AFP PHOTO

The France-born forward said it was an honour to be named the best African player for the past year.

"It's a huge honour, I am happy and pleased. I thank all my teammates at Leicester and Algeria," Mahrez said as he received the award. 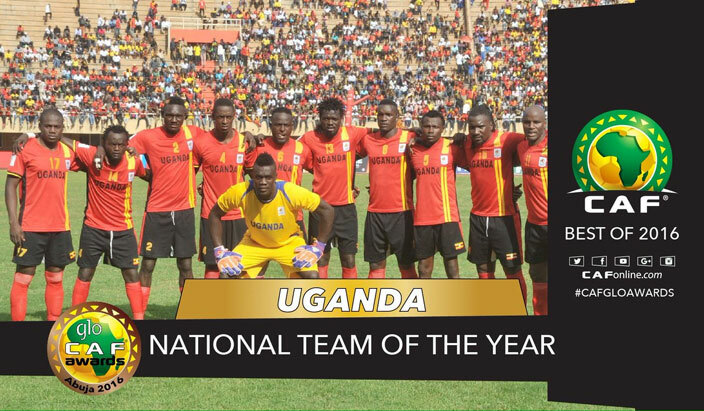 "I dedicate this to my family and all those who support me every day."

Leicester caused a major shock when as 5,000-1 outsiders they went on to win the Premier League last season.

Mahrez, a slightly-built, right-sided forward who started out with hometown club AAS Sarcelles in 2004, played a key role in the Foxes' stunning run with 17 goals, 10 assists in 37 appearances.

He played in all but of Leicester's games.

He was the first Algerian to win a Premier League champions medal and sparked a massive following back home in Algeria for the club, who he had first thought was a rugby team when he was contacted to join them four years ago.

Mahrez's win ended a 19-year absence on the podium for a player from north Africa since Morocco's Mustapha Hadji in 1998.

Other Algerians to have won the award were Rabah Madjer in 1987 and Lakhdar Belloumi in 1981.

All three players who made the shortlist for the African Footballer of the Year were also picked in CAF XI that also features Ivory Coast defender Eric Bailly from Manchester United.

Goalkeeper Denis Onyango was picked for the African Player of the Year Based in Africa award ahead of Mamelodi Sundowns teammate Khama Billiat and Zambia's Rainford Kalaba.

Onyango was outstanding when seven-time South African champions Sundowns won an historic CAF Champions League and also when Uganda qualified for this year's Africa Cup of Nations after a long absence.

Nigeria's Asisat Oshoala grabbed her second African Women's Player of the Year award on the back of her goals as Nigeria retained their continental crown in Cameroon.

The Arsenal Ladies star won her first when she also helped the Super Falcons emerge African champions in 2014.

Nigeria youngsters Kelechi Iheanacho and Alex Iwobi won the Most Promising Talent and Youth Player of the Year awards, respectively.

African Player of the Year:

African Player of the Year - based in Africa:

Women's Player of the Year:

Young Player of the Year:

Coach of the Year:

Club of the Year:

National team of the Year:

Women's national team of the Year:

Referee of the Year: