How we shop hurts endangered species
Next Story

“We don’t have any way to control nature but the only thing we have to do is to use the lake cautiously."

“We don’t have any way to control nature but the only thing we have to do is to use the lake cautiously."

KALANGALA - People traveling on Lake Victoria in Kalangala district have been warned to be wary of strong winds across the lake.

The district chairperson Willy Lugoloobi told residents at Lutobooka fishing village that the winds have unusually continued to batter the waters since December last year.

He said the harsh elements have left him baffled as they have not seen such winds around this time of the year.

The chairman told people to be vigilant and well-prepared while traveling on water.

"These winds - locally known as Omuyaga Nkoma - used only to blow in July but surprisingly they are even blowing now," he told a large meeting.

"We don't have any way to control nature but the only thing we have to do is to use the lake cautiously and let's avoid traveling during lunch hours because during this time the lake is always full of water waves."

Lugoloobi also advised people to travel with life jackets all the time and to make sure the vessels they use are seaworthy to avoid disasters. 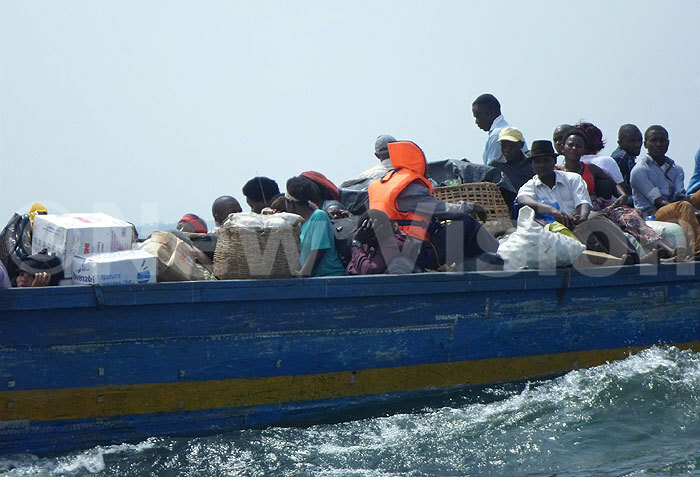 Travelers have been warned against using unseaworthy water vessels as well as overcrowding. (Credit: Denis Mubiru)

His warning came only days after some 30 people - including footballers and fans - from Buliisa died after their overcrowded boat capsized on Lake Albert.

A few days before, another group of more than a dozen people had drowned on Lake Victoria due to bad weather.

"Last year on December 23, 14 people drowned on their way from Kisaba island to Kasenyi after strong winds hit their boat," said Lugoloobi.

"The boat they were using was in a very bad condition. We have seen many people die yet we know the route. Let's do some control by moving with life jackets," he told the locals.

She said water waves have increased especially in the islands neighbouring Uganda from Tanzania, and that people need to control their movement.

"These water waves originate from Tanzania around Ukara, Ukerewe, Musomo and Rubondo islands and they are moving at high speeds towards Uganda.

"So people at a higher risk of facing the water waves are those in Mazinga, Kyamuswa, and Bubeke sub-counties and those in Kome islands are facing the same thing, so people need to use the lake responsibly," she warned.

Even travelers using the MV Kalangala ferry from Lutobooka to Nakiwogo in Entebbe have faced the harsh elements.

No orders from above in the fight against corruption - Nakalema

No orders from above in the fight against corruption - Nakalema...