On The Gambia, Jammeh and looming ECOWAS i...
Next Story

The choice for peasants is obvious but they need both technical and administrative guidance.

The choice for peasants is obvious but they need both technical and administrative guidance.

In the previous articles, we saw the need for irrigation and how some communities and their leaderships/rulers on the continent handled it through the ages. A short, simplified science behind it was given.

It is not enough to theorise and politicise irrigation. It must be done appropriately for any benefits to accrue.  In this article, we look at types of irrigation and comment on their suitability for the peasants currently receiving ‘wealth creation' seedlings. We have previously referred to flood irrigation - as widely practiced by river basins peoples since ancient times; terrace irrigation as in Uganda's Kigezi region; high flow spray irrigation and low flow drip irrigation as is done in South Africa. The main features of these systems and their relevance to peasants are now summarised below.

Flood Irrigation - Land on nearly level ground (say in a valley plain) is flooded usually by a river/stream which may or may not have been diverted. The engineering required has to do mainly with channelling the water to pass through individual gardens by means of gravity. Channels or canals can be dug either manually or mechanically.

The choice for peasants is obvious but they need both technical and administrative guidance to ensure everyone with a garden in the valley gets an equitable share. Some water is absorbed and the rest is allowed to proceed downstream.

The merits of the system include a large supply of water whose stay in the gardens could be regulated to deposit sediments. It can handle multiple crops in the same garden because there is enough water to percolate all the soil around different root systems. It is, however, not suitable for gardens on hill slopes. It wastes water - and if the river/stream should be seasonal, it is of less use because the floods occur when there is little need for irrigation. In that case, damming is necessary to preserve the water for the dry season. For Uganda peasants, damming is not practical unless done by government or better, by a co-operative effort.

High Flow spray Irrigation - Water is supplied mechanically through nozzles at end of pipes. The water is sprayed onto the plants from above, imitating normal rain. The system is easy to control (by adjusting nozzles at the end of the pipes) and can supply a large area even on hill slopes. The engineering required is more complex because you need either a water pumping system or an appropriately elevated water reservoir in addition to water flow piping and fittings. More complex ones also involve electronic timing and sensing of weather conditions. It wastes water. If conservation is required, it is not suitable for gardens with intercropped plants. This system is clearly not suitable for Uganda's peasants. Middle class families and commercial settings tend to use it to water their lawns. Plantation based companies like Kakira and Lugazi sugar estates use it in the early growth stages of the plants.

Low flow spray/drip irrigation - Water is released to individual plant root areas very slowly, usually drop by drop. It may be from above ground or from pipes buried under ground just releasing the water to where it is required. This is like ‘spoon-feeding' the plant while you ignore everything else. Developed in South Africa and Israel, it is by far the least water-wasteful system. In rural Uganda, the above ground version can be implemented very cheaply using any container (bottles, pots, calabashes etc.) with a small hole at the bottom to allow water to drip out). Figure 4 shows one of the biggest advantages of the system particularly in very poor soils: No weeds at all because there is no ‘food and drink' for them.

Figure 4: ‘Doodo' and other vegetables: sub and above surface drip-irrigated in the author's ‘barren' sandy compound

The above ground system, however can be ‘bad' in clay soil because of slow seepage leading to surface or near surface evaporation. Among Uganda's peasants, the system is most suitable for potted plants such as seedlings being provided by the Government. After transplanting, drip irrigation is practical within peasantry resources only if the plants are few. Bigger numbers require a mechanised system of ‘spoon-feeding' the individual plants as in Figure 5. This is not feasible for an individual peasant but would probably be tried by middle class full time farmers. The engineering for above ground systems is easy but that for underground is more complex as water has to be pumped to the roots as shown in Figure 5.

Terrace Irrigation - Ridges are formed on slopes and areas between them almost flattened out, forming mini-plateaus to slow down rain water, giving it enough time to sink underground (see Figure 6). The engineering can be simple and labour intensive for mountainous people such as Bakiga, Bakonjo and Bagisu - basically manually forming the ridges. Use of mechanical means is fraught with risks of accidents. 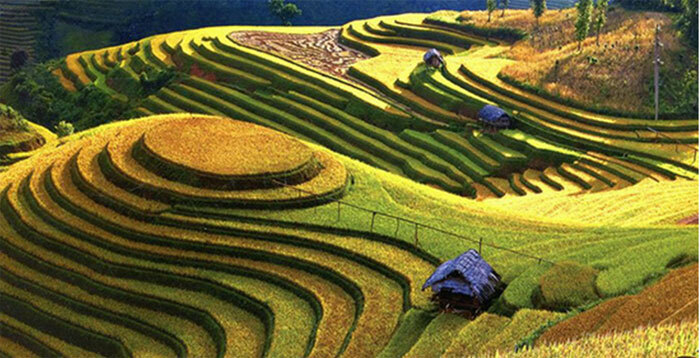 This concludes the ‘methods' part of engineering - assuming water is already available to the farmer. But where will it come from in the dry season? I discuss this next.

The writer is a pan Africanist Engineering Don and CEO of Progressive Africa Solar Engineering Pty Ltd. in Cape Town

PART 3: A simplified science behind irrigation

PART 2: A brief Irrigation History behind the President's act

Uganda is excluding its little people from social life