DR Congo: a timeline of deadly political c...
Next Story

"Minister of water and environment killed by a criminal with a gun on his way home to Rohero," tweeted police spokesperson Pierre Nkurikiye.

"Minister of water and environment killed by a criminal with a gun on his way home to Rohero," tweeted police spokesperson Pierre Nkurikiye.

Burundi's environment minister was shot dead in the capital Bujumbura early Sunday, police said, the first killing of its kind since the country was plunged into political turmoil two years ago.

Emmanuel Niyonkuru, 54, the country's water, environment and planning minister, was killed shortly after midnight, according to a tweet sent by police spokesman Pierre Nkurikiye.

The murder, the first of a serving government minister since Burundi sank into turmoil over President Pierre Nkurunziza's controversial bid for a third term in 2015, comes after months of relative calm.

"Minister of water and environment killed by a criminal with a gun on his way home to Rohero, around 00:45," Nkurikiye wrote four hours after the incident.

He added that a woman had been arrested following the "assassination" although the motive for the attack was not immediately clear.

Also on Twitter, Nkurunziza offered his condolences "to the family and all Burundians", vowing the crime would be punished.

The murder comes days after Nkurunziza hinted he might seek a constitutional amendment allowing him a fourth term in 2020. 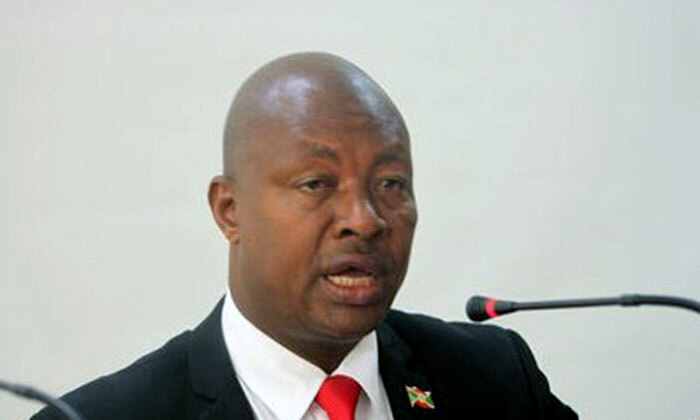 At least 500 people have been killed and 300,000 have fled the country since unrest began in April 2015 as protesters -- and then military coup-plotters -- fought against Nkurunziza's third mandate.

Niyonkuru is the first cabinet minister to be killed but other senior regime figures have been targeted during the months of crisis.

Other attacks have failed, with senior presidential advisor Willy Nyamitwe, a spokesman widely regarded as the public face of the government, escaping an ambush by a group of gunmen as he returned to his Bujumbura home in November.

And in April, human rights minister Martin Nivyabandi and his wife were injured in a grenade attack while leaving church.

Burundi has commonly blamed neighbouring Rwanda for the attacks.

The murder of Niyonkuru comes as Nkurunziza shores up his control of the restive nation.

The loyalist parliament has passed a law imposing strict controls on international aid groups that Nkurunziza has accused of backing insurrectionists.

It has also begun the process of withdrawing the country from the International Criminal Court (ICC) which was looking into allegations of government abuses, including murder, torture and rape.

UN and NGO human rights reports have raised fears that Burundi's political crisis might take on an ethnic dimension, warning of the potential for genocide.