One of the blocks of Busia municipality health centre IV , where over 250 cholera patients were treated recently. Photos by Violet Nabatanzi

Health experts from Busia municipality health centre IV are asking government to increase the budget for drugs saying that the current budget is way below the required standard.

The in charge of the health facility, Dr. Yusuf Lule said currently the health centre receives drugs worth sh11m adding that this is too small to cater for increased number of patients treated at the facility.

Busia district is at the border with Kenya. It is one of the busiest borders connecting Uganda and Kenya

Last year the district had an outbreak of Cholera and over 250 people were admitted at the facility, and out of that number seven people died. 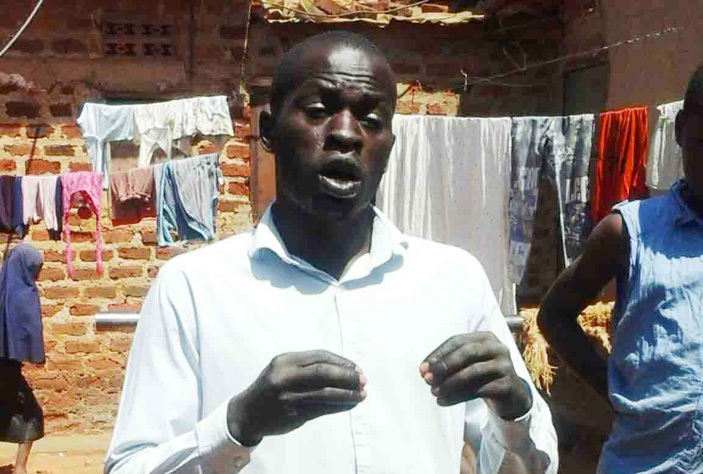 Ali Wanyama at his home in Sofia A Busia district, he was explaining how he contracted cholera last year

The district health officer Dr. Lilly Achayo said Busia town is congested and most of the structures have no latrines.

"Most of the suburbs have poor planning, you find that a person has built a big structure and has not left space to construct a latrine, this is a challenge for the district," Achayo said.

It is against this background that the district with the help of other partners are using communities to champion  Water, Sanitation and Hygiene  issues in the villages through community meetings.

'We give information to groups and become models in communities, this has helped the district because people no longer stay in dirty environment because previously majority of them were staying with animals.

In 2002, there were five million Ugandans without a toilet facility.

Recent national population and housing census figures released by the Uganda Bureau of Statistics (UBOS) showed that 8% of the population stays in households with no toilet facilities.

This represents 2.7 million Ugandans out of the 34.6m people in the country.

The Village health team member of Sofia A , Ali Wanyama who was recently suffering from cholera appealed to government to employ more health workers to sensitize the public to keep their homes clean.

Demolition of the museum is equal to destroying Ugandans