Conflict in Africa blocking efforts to sav...
Next Story

7 killed after bus collides with truck in Kyenjojo

The Kalita owned bus was travelling from Kampala to Fort Portal

The Kalita owned bus was travelling from Kampala to Fort Portal

Seven people were killed on Friday when the bus they were travelling in collided with a truck in Kyenjojo, according to the Police.

The Kalita bus was travelling from Kampala to Kabarole when the accident happened at Mukonomura, a few kilometers to Kyenjojo town.

The Rwenzori West regional police spokesperson, ASP Lydia Tumushabe said the driver of the canter Toyota truck, Reg. No, UAU 831Q, loaded with tea, left his side of the road and rammed into the bus, an Isuzu Reg. No, UAJ 409 G. 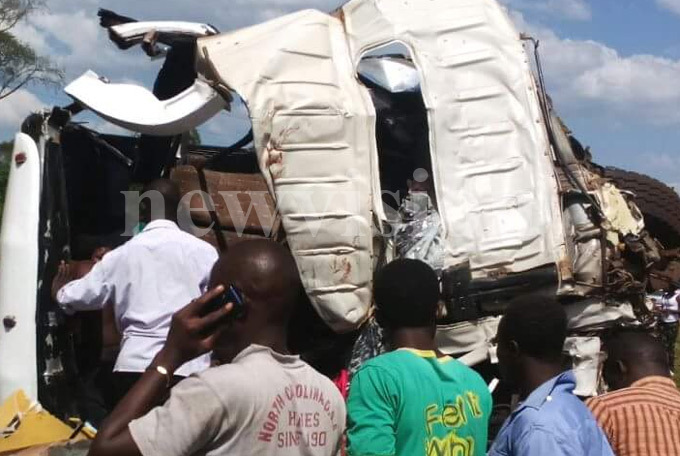 "People should be extra careful especially during this festive season and avoid over-spending and reckless driving and mind other road users," Tumushabe say.

One eyewitness who was travelling about 10 minutes behind the bus, described the accident as "horrible." 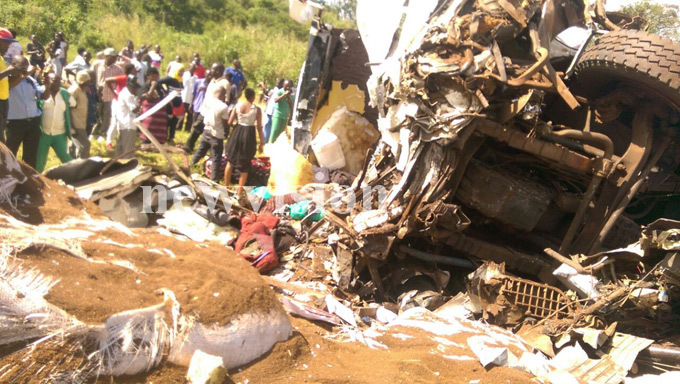 Another said, "Police hasn't allowed us to identify the bodies. Police took away most of the bodies. The canter was totally mangled. By the time we left the scene, people were trying to extract the bus driver's body from the  wreckage."

Tumushabe attributed the accident to reckless driving by the lorry driver.