Government told to act on famine
Next Story

The Speaker of Parliament, Rebecca Kadaga, has castigated the government for failing to implement national days for planting trees.

"I am disappointed by government for failing to follow-up on the national tree planting days 15 years after we passed it. Government has failed to show leadership in that area. For me I will not stop talking about it until it is implemented," Kadaga passionately said.

The Speaker made the remarks on Friday while briefing the media on what the 10th Parliament has done.

The Kamuli woman MP attributed the dry spells and food shortage in the country to the cutting of trees not accompanied with tree planting.

"People keep calling me that they don't have food. We need to address the issue of food production and storage. This famine comes many times. I have asked government to come up with a comprehensive plan for ending famine," she elaborated. 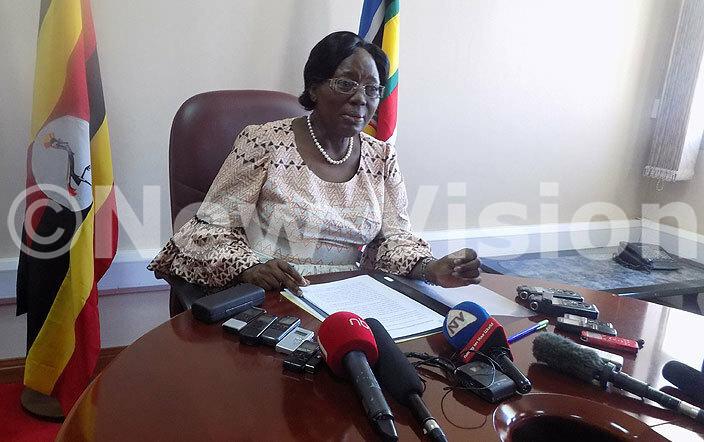 The Speaker also faulted government for failing to present Bills to Parliament ever since the 10th Parliament started.

"In June the President read 29 Bills which they would present to Parliament but they have not brought any single Bill. Government has not given us enough business," Kadaga lamented.

The Deputy Speaker Jacob Oulanya also raised a similar concern in October before the independence recess that the executive had failed to give business to parliament.

Some of the key achievements Kadaga highlighted in her press conference today include the investigations into sand mining through the committee on natural resources, assessing the state of all the referral hospitals through the parliament health committee, and forcing the five Chinese companies to return over sh26b which they had irregularly received from UNRA in 2015.