Sports heroes and zeros of 2016

Claudio Ranieri's Leicester City pulled off one of the greatest shocks in English football history.

Claudio Ranieri's Leicester City pulled off one of the greatest shocks in English football history.

AFP Sport looks back at a selection of 'heroes' and 'zeros' from 2016:

Claudio Ranieri's Leicester City pulled off one of the greatest shocks in English football history by defying title odds of 5,000-1 to lift the Premier League trophy. Having miracuously avoided relegation the previous season, the Foxes rode that wave of momentum all the way to a fairytale triumph. Their rags-to-riches revival was epitomised by the rise to prominence of former non-league striker Jamie Vardy whose 24 goals was second only to England team-mate Harry Kane. Riyad Mahrez scooped the PFA Players' Player of the Year award, while N'Golo Kante and Wes Morgan joined them in the team of the year.

The Guinea-Bissau born striker emerged as Portugal's unlikely hero by firing the national team to a first major title with a 1-0 extra-time win over France in the Euro 2016 final. 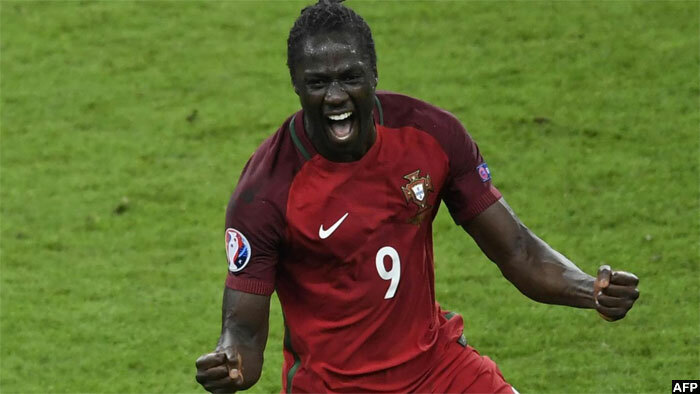 With just three goals in 28 appearances -- all of them in friendlies -- and only 13 minutes played en route to the final there was little to hint at Eder's heroics at the Stade de France. But an early injury to Cristiano Ronaldo forced a re-think and the 28-year-old was brought on towards the end of normal time. His 30-yard thunderbolt left Hugo Lloris grasping at thin air and Portugal hoisting aloft the Henri Delaunay trophy. "The ugly duckling went and scored. Now he's a beautiful swan," quipped Portugal coach Fernando Santos.

The South African battled both rivals and addiction along his road to redemption which culminated with a silver medal in the long jump at the Rio Olympics. Manyonga burst onto the international stage with a fifth-place finish at the 2011 worlds in Daegu but descended into a drug-riddled "living hell" after growing hooked on crystal meth. He served an 18-month ban for a failed test in 2012 but eventually got clean after leaving behind his hometown of Mbekweni. He was denied gold by the slimmest of margins in Brazil, finishing one centimetre behind American Jeff Henderson, but still provided one of the most inspirational stories of the Games.

Joe Maddon's team ended a 108-year wait by beating the Cleveland Indians in thrilling fashion to clinch the World Series. The Cubs romped through the regular season, winning over 100 games for the first time since 1935, but again appeared destined to succumb to the the 'Curse of the Billy Goat' after falling behind three games to one. However, Chicago rallied to level the best-of-seven contest and, ignited by Dexter Fowler's lead-off home run, raced into a 5-1 lead in the decider. The Indians hit back with Rajai Davis launching a two-run home run off flamethrower Aroldis Chapman to tie the scores before a brief rain delay added to the drama. But the Cubs weren't to be denied, winning 8-7 to snap the longest title drought in the game.

The American marked her first Olympic Games with a performance for the ages. Aged just 19, Biles won a record-equalling four gold medals in the team event, individual all-around, vault and floor exercise. A slip on the beam cost her a shot at a fifth title, eventually settling for bronze, but by then her status as the world's best female gymnast was in no doubt. Biles became the fifth woman to win four gold medals at the same Games after Hungarian Agnes Keleti (1956), Soviet Larissa Latynina (1956), Czech Vera Caslavska (1968) and Romanian Ecaterina Szabo (1984). "I'm not the next Usain Bolt or Michael Phelps," the Texan said. "I'm the first Simone Biles."

New Zealand reinforced their billing as rugby union's preeminent force with an 18-match winning streak -- a record for a tier-one nation. It started with a thumping win over the Wallabies in August 2015 and blossomed into an historic run that included a third World Cup title -- their trans-Tasman rivals again vanquished in the final -- later that year. 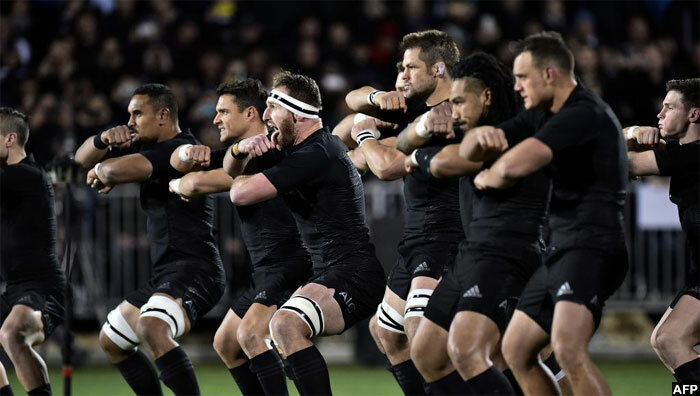 All Black greats Richie McCaw, Dan Carter and Ma'a Nonu bowed out of the international game but Steve Hansen's side didn't miss a beat in 2016. A 3-0 series win over Wales preceded a convincing Rugby Championship triumph that culminated with a 57-15 throttling of South Africa in Durban. New Zealand then beat Australia at Eden Park to make it a record 18 wins in a row before a first defeat to Ireland in Chicago halted their historic streak.

One of the golden girls of tennis, Sharapova's reputation suffered a damaging blow with news of a failed doping test at January's Australian Open. The Russian tested positive for the banned heart drug meldonium and was subsequently handed a two-year ban, later reduced to 15 months on appeal. Fellow professionals reacted with a mixture of criticism and support for the five-time Grand Slam champion, while sponsors were also divided by her transgression. Both racket manufacturer Head and sportswear giant Nike stood by Sharapova but others swiftly pulled the plug on their relationship. She is eligible to return in April 2017, but it won't be an easy road back with her every move set to be scrutinised intensely.

Landing the England manager's job should have represented the pinnacle of Allardyce's career, but just 67 days after his appointment he was unceremoniously axed following his controversial remarks in a newspaper sting. The 62-year-old was secretly filmed giving advice on how to circumvent transfer rules while also mocking predecessor Roy Hodgson. His reign was the shortest of any England manager by far and piled on further embarrassment after the Three Lions' shock defeat to Iceland at Euro 2016. "Entrapment has won on this occasion and I have to accept that," a resigned Allardyce told reporters outside his home in Bolton.

The American added 4x200m freestyle gold to his list of honours in Brazil but an infamous 'robbery' scandal soon turned that achievement into a mere footnote. Lochte claimed he and three team-mates were mugged by robbers pretending to be police as they returned home from a night out in Rio. But police quickly denounced the bogus story with CCTV footage showing the group had vandalised a petrol station. Gunnar Bentz, Jimmy Feigen and Jack Conger were banned for four months, while swimwear manufacturer Speedo headlined a host of sponsors to sever ties with Lochte, who was handed a 10-month ban. The 32-year-old was also charged with filing a false robbery report -- a crime punishable by up to six months in prison.

The talented but volatile Australian endured another turbulent year on tour which ended with an eight-week ban and fine for 'tanking' against Mischa Zverev at October's Shanghai Masters. Kyrgios agreed to consult a psychologist and his suspension was trimmed to three weeks, clearing him to return for the start of the 2017 season. The 21-year-old vowed to "use this time off to improve on and off the court" but only time will tell whether it's truly a case of lesson learned. He is the first player since John McEnroe in 1990 to be banned for poor on-court behaviour and also withdrew from Rio, along with compatriot Bernard Tomic, following a row with the Australian Olympic Committee.

The self-styled 'Gypsy King' was on top of the world after ending Wladimir Klitschko's long reign as heavyweight champion in late 2015, but a year on his reputation lies in tatters. Fury tested positive test for cocaine while battling severe depression and twice cancelled planned rematches with Klitschko. He backtracked hours after claiming he was retired in a foul-mouthed Twitter rant and a turbulent 12 months was topped off with the suspension of his boxing licence. Beyond his brash persona, Fury's fragilities were laid bare with his return to the sport looking remote.

It is almost exactly one year since football's two biggest powerbrokers were booted out of the game. A controversial two million Swiss franc ($2 million, 1.8 million euro) payment precipitated their demise with a series of appeals ultimately falling short. Initial eight-year bans were reduced to four years for Platini and six for Blatter and while the Frenchman vowed to clear his name in a Swiss civil court, Blatter conceded he had reached the end of the road after turning his back on his last legal recourse. The Swiss, head of FIFA since 1998, was replaced by Gianni Infantino, while Slovenia's Aleksander Ceferin took over at UEFA from Platini.

Would you declare your funds to your spouse?