Congolese cocoa waits for peace to pursue ...
Next Story

The $19 million (18-million euro), 33-acre solar plant can produce 10 megawatts of power that is fed into Uganda's national power grid.

The $19 million (18-million euro), 33-acre solar plant can produce 10 megawatts of power that is fed into Uganda's national power grid.

PIC: Otala of Alaki Village in Soroti District about 300 kilometres northeast of the capital Kampala is seen checking on his solar panels that he uses for home purposes. (AFP)

When power goes out in the rural town of Soroti in eastern Uganda, store manager Hussein Samsudin can only hope it won't go on so long it spoils his fresh goods.

Another shop owner, Richard Otekat, 37, has to pay a neighbour hourly to use his generator during blackouts as he can't afford to buy one himself, while others simply go without.

However residents of the town, surrounded by thatched huts, rivers and grasslands, hope a new solar plant, which went into operation last week, will bring an end to their electricity woes.

The $19 million (18-million euro), 33-acre solar plant -- the first of its kind in East Africa -- can produce 10 megawatts of power that is fed into Uganda's national power grid.

The project is crucial as Uganda seeks new ways to bring electricity to the 80 percent of its 40 million-strong population that does not have access to power.

She said the main source of energy available to most Ugandans is firewood, while others use charcoal and gas, as electricity is just too expensive at around 15 cents USD a unit.

It is hoped the introduction of power from the solar plant into the national electricity grid -- fed by hydro power and independently run diesel generators -- will bring the price down. 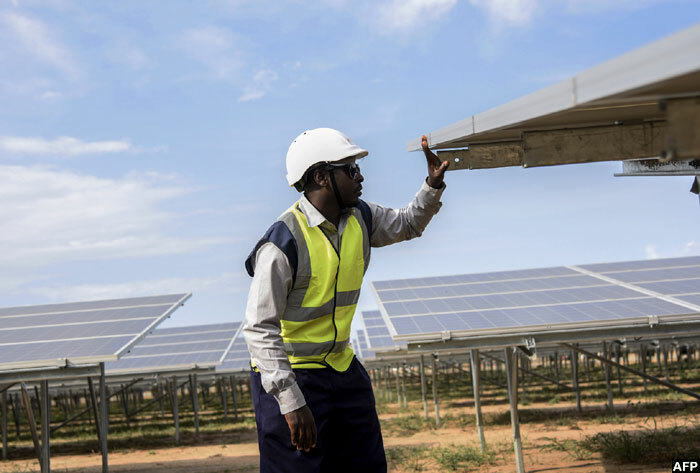 "Power is costly. It eats into our profit margin," Otekat told AFP.

"Unfortunately when power is not there for like six hours that is an automatic loss we are expecting," said fellow shop manager Samsudin, tired of melting ice-cream and meat going off.

He said that Soroti, some 300 kilometres (186 miles) from Kampala, was "where the sun is brighter than anywhere in Uganda."

Uganda has one of the lowest electrification rates in Africa, according to Climatescope, the clean energy country competitiveness index. 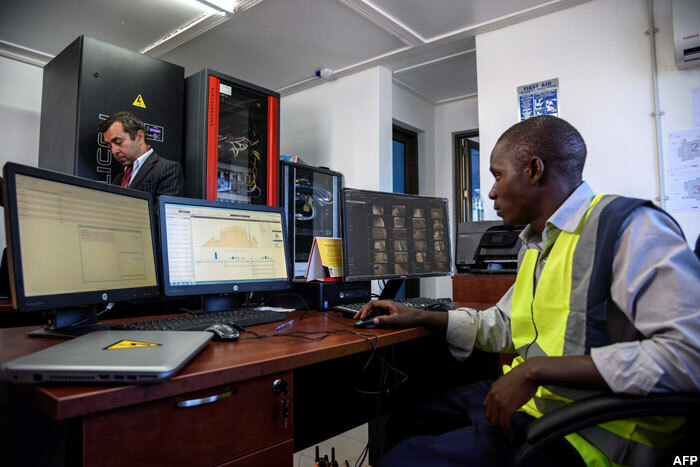 Jackson Mulomi, Operations and Maintenance Engineer from Access Uganda Solar Limited, is seen in the control room of the Soroti Power plant

While the solar plant could ensure businessmen like Samsudin and Otekat have a more steady power supply, those who aren't yet connected to the national grid or cannot afford electricity at all, are unlikely to benefit soon.

And the wait for electricity can prove dangerous.

"People use firewood to light their houses because kerosene is very expensive to some households. We had cases of people's homes burnt especially as they slept or when left unattended to," said local official Edward Esegu.

Many African nations, and developing nations elsewhere in the world, are taking the lead in renewable energies by turning to solar as a first step in their power arsenal.

Climatescope said that clean energy investment had doubled from 2014 to 2015 to reach $5.2 billion in the 58 emerging markets it surveys.

Aside from Uganda, Senegal, Mauritania, Rwanda and Kenya are among the sub-Saharan African nations investing in large-scale solar projects. 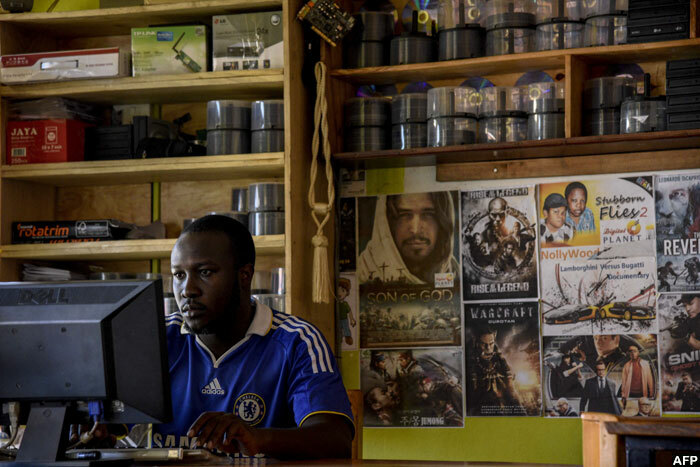 Not all to benefit

Meanwhile, consumers who don't want to wait for the government to provide them with energy often buy small solar panels to power their own homes and businesses.

"People walked two or more kilometres to charge phones at a fee but slowly some have bought smaller solar panels," said Esegu.

While Uganda is hoping to triple its generation capacity in the next three years, switching on two other solar plants, Waako says it is smaller, mini-grids that are more affordable to power up the most far-flung villages.

"We recognise that the extension of the grid to the rural poor is not financially viable because of the sparse nature of our population," she said.

Robert Otala, 50, gave up some of his land for the solar plant, and now lives 300 metres from the shiny panels soaking up the sun.

"It is good. It has come to develop the area," he said.

However he is one of several who will be unable to access the power from the plant, as he is not connected to the national electricity grid.

"We are in support of these projects but government has to prioritise the needs of the communities hosting such national projects," said local MP Herbert Ariko.