Results are expected to trickle in over the next 24 hours, with both parliamentary and presidential winners expected to be announced Thursday evening.

Results are expected to trickle in over the next 24 hours, with both parliamentary and presidential winners expected to be announced Thursday evening.

Counting was underway after presidential and parliamentary polls in Ghana Wednesday, with incumbent John Mahama taking on rival Nana Akufo-Addo for the top job with no clear favourite in a high-stakes race.

The majority of voting stations closed at 5:00 pm, (1700 GMT) with a policeman standing at the end of queues across the country to mark the last voter.

On a busy sidewalk in Jamestown, a historic neighbourhood in the country's capital of Accra, a crowd of some thirty people were counting the thumbprint votes in unison with election officials.

Results are expected to trickle in over the next 24 hours, with both parliamentary and presidential winners expected to be announced Thursday evening at the earliest.

"So far this phase of the process is evolving peacefully," Christopher Fomunyoh, regional director for the US-based National Democratic Institute, an accredited observer, told AFP. 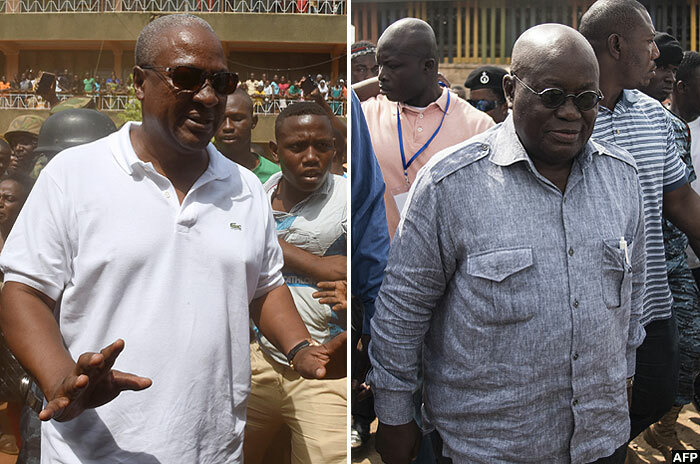 The elections are seen as a litmus test of stability for one of Africa's most secure democracies.

Tension built up in the run-up to the vote, with a supporter of the opposition New Patriotic Party (NPP) beaten to death and six others critically wounded in clashes this week in the north.

On election day, NPP candidate Cecilia Gyan Amoah told AFP she had been beaten up with five others by vigilantes known locally as "macho men" reportedly hired by political parties.

The NPP's Asutifu South candidate said she and her team had been assaulted by men holding guns and cutlasses, leaving one of her team in a critical condition.

"Such things shouldn't happen in a country like Ghana. They have put fear into most of the people," she said.

Casting his vote, Akufo-Addo said it was "very important" for the election to go off smoothly and peacefully "so that Ghana continues to maintain this deserved image of being a democracy that takes its democracy seriously". 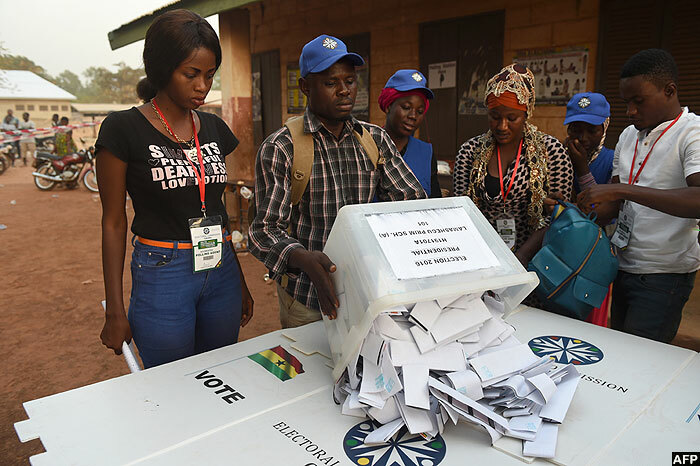 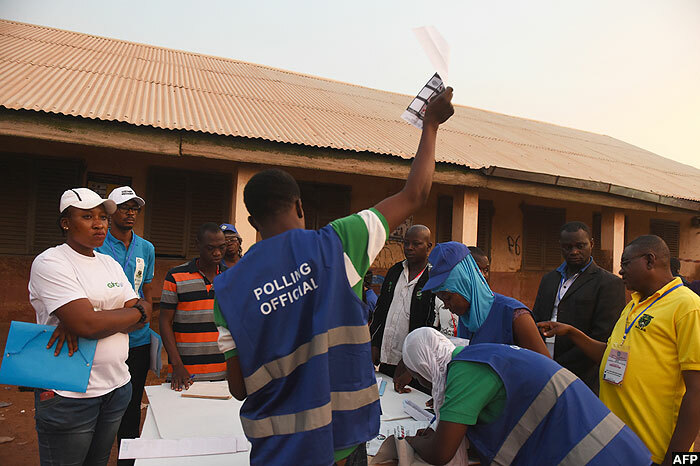 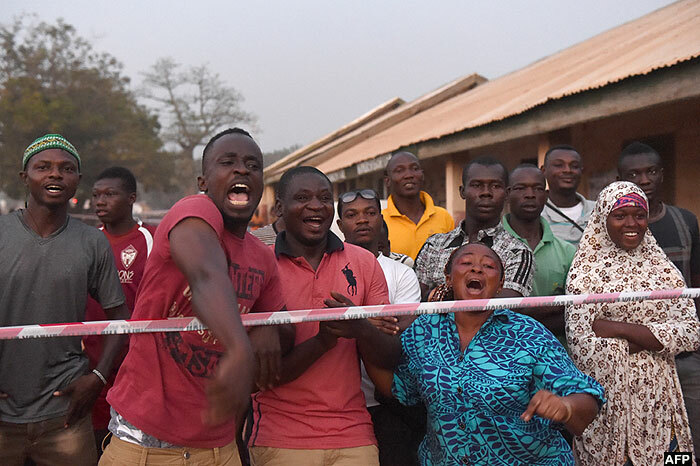 People react as they look at electoral officials counting votes at a polling station in Tamale, northern region

An exporter of gold, cocoa and oil, Ghana was once hailed as a regional growth model but has now taken on too much debt, and in 2015 had to go to the International Monetary Fund for a bailout.

There were seven candidates battling for the top job -- including former first lady Nana Konadu Agyeman-Rawlings -- and if the smaller parties perform well and deny either frontrunner a majority, a run-off vote will be held later this month.

In the final days of the campaign, Mahama, who is 58, flexed his significant resources to reach as many battleground regions as possible where he inaugurated blockbuster infrastructure projects, including railways and airports.

"Mahama has done well for us," said Abudula Alhassan, a 40-year-old driver in the northern town of Bole, a government stronghold.

In contrast, Akufo-Addo blasted Ghana's poor economic growth which stood at 3.3 percent in 2016 -- the slowest rate in two decades -- and outlined how to get the economy back on track.

The 72-year-old is making his third and likely final bid for the highest office. 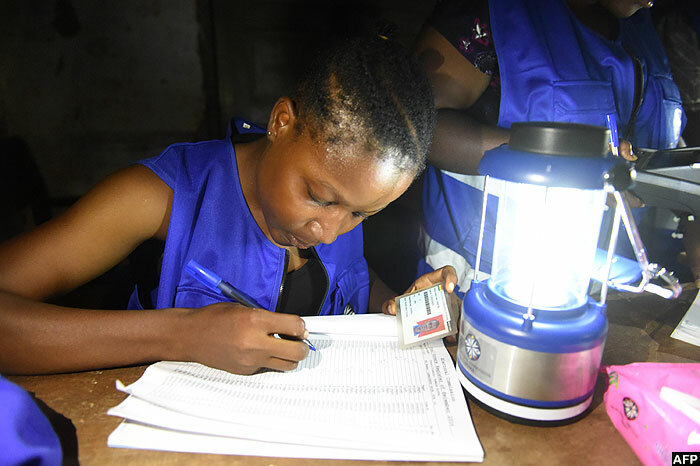 An electoral official uses a lantern to register a voter, late on Wednesday at a polling station in Tamale

He also lambasted Mahama's government over a series of corruption scandals in which scores of judges have been implicated.

During Mahama's tenure, the Bank of Ghana controversially bought half a million dollars worth of gold Swiss watches for some of its staff.

Akufo-Addo has also alleged that the ruling party is fomenting violence, a claim Mahama denies.

Mahama insisted, after he voted in Bole, that Ghana would remain a model of freedom. "This election is going to consolidate that democracy further," he told AFP.

Elections in Ghana are normally close fought affairs, with Mahama narrowly winning in 2012 with 50.7 percent.

But polls in Africa this year have been a mixed bag of surprising triumphs and sobering failures for democracy.

In Gambia, a dictator of 22 years conceded defeat, while in oil-rich Gabon the Bongo family continued its 50-year reign after a disputed election.

Drug kingpin El Chapo sentenced to life in US prison

El Chapo expected to get life sentence from US judge