The former LRA commander became the first-ever member of the notorious rebel group to go on trial.

The former LRA commander became the first-ever member of the notorious rebel group to go on trial.

PIC: Dominic Ongwen sits in the court room of the International Criminal Court in The Hague on Tuesday. (AFP)

War crimes prosecutors Tuesday unveiled a campaign of terror led by 'ferocious' Lord's Resistance Army commander Dominic Ongwen, including showing shocking images of an aftermath of an attack on a refugee camp.

The former LRA commander became the first-ever member of the notorious rebel group to go on trial before the International Criminal Court (ICC) in the Hague, where he faces a litany of charges for his role in terrorising parts of northern Uganda.

Warning she was about to show "extremely disturbing images", ICC chief prosecutor Fatou Bensouda played gruesome videos of the scene after an LRA attack on Lukodi refugee camp, showing disemboweled children, and the charred bodies of babies in shallow graves.

"Dominic Ongwen became one of the most senior commanders in the LRA … following rapid promotion for his loyal fighting and ferocity," Bensouda said.

He was "enthusiastic" in adopting "the LRA's violent methods" and eager to show "he could be more active and more brutal" than others. 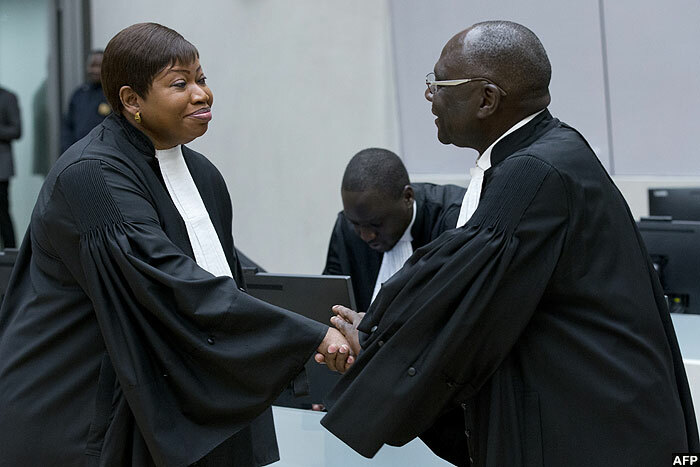 Ongwen, 41, denied 70 war crimes and crimes against humanity charges as he also became the first former child soldier to be tried by the ICC for his role in the infamous rebel group led by the elusive Joseph Kony.

"In the name of God, I deny all these charges in respect to the war in northern Uganda," Ongwen said.

A self-styled mystic and prophet, Kony launched a bloody rebellion some three decades ago seeking to impose his own version of the Ten Commandments on northern Uganda.

More than 4,000 victims are taking part in Ongwen's trial and scores were watching the proceedings in several sites in Uganda. 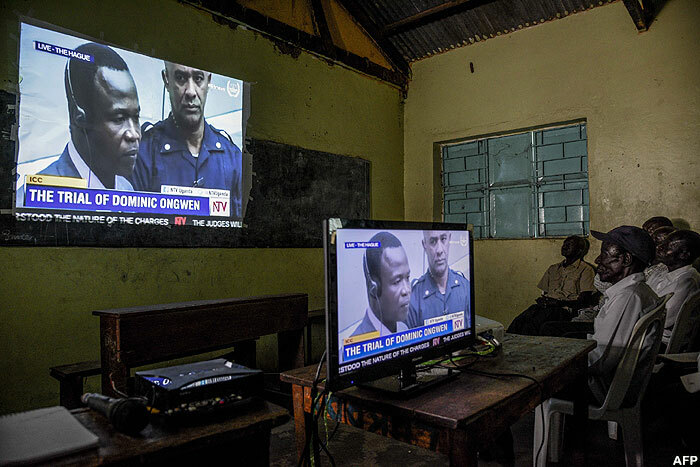 People in Lukodi, Uganda watch on TV the screening of the start of Ongwen's trial on Tuesday

"They burnt my grandmother in her own hut, and shot the son of my co-wife," Alanyo Juzima said as she wiped away tears, staring at Ongwen's flickering image on a screen.

"I feel like I could go to The Hague and kill Ongwen myself."

The son of Ugandan schoolteachers, Ongwen was abducted as a child while on his way to school, and likely suffered sadistic initiation rites into the militia's ranks.

But ICC prosecutors in The Hague say unlike some 9,000 people who escaped from the LRA, Ongwen chose to stay, helping orchestrate the abduction and enslavement "of children under the age of 15 to participate actively in hostilities".

Some were as young as six, said Bensouda recounting how one witness told of children being given military training but "they were so small that the muzzles of their AK47 rifles dragged on the ground."

The trial focuses on attacks on four refugee camps in northern Uganda from 2002 to 2005, in which people were killed, tortured, raped and children kidnapped to be "moulded" into the LRA's way of life.

Those who could not keep up were savagely beaten or killed while "nursing mothers" who were slowed down by their infants "watched as their babies were callously killed or were thrown into the bush and left behind," Bensouda said. 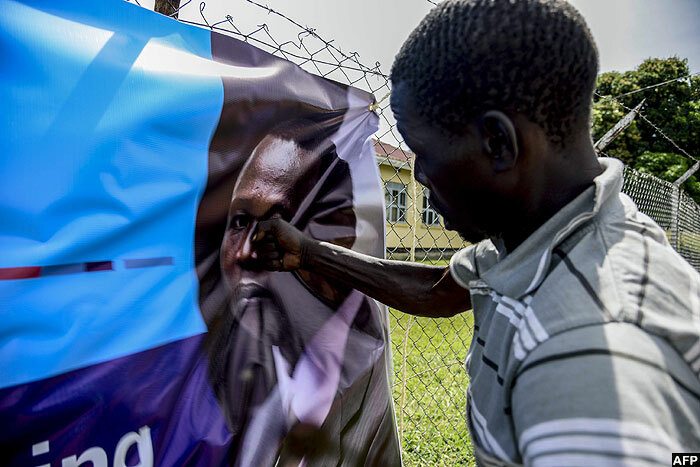 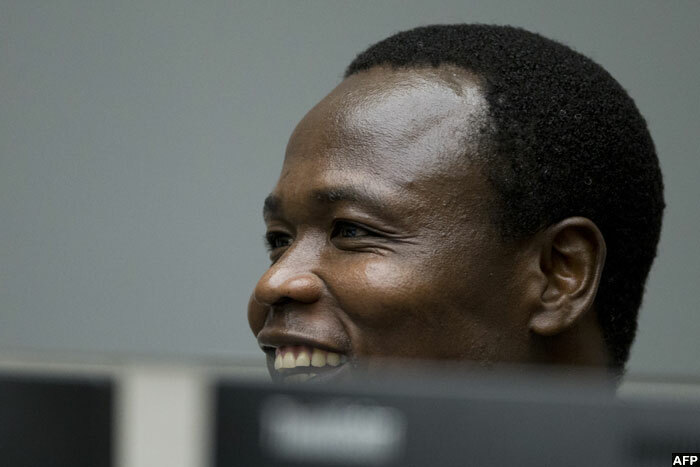 In one attack on the Odek refugee camp in 2004, Ongwen instructed his troops to "kill civilians and to abduct beautiful girls and good boys," to act as soldiers, another prosecutor Benjamin Gumpert said.

"His last words were: 'Nothing should be left alive in Odek'."

Ongwen, who listened intently in court writing in a small notebook, is said to have had at least seven wives -- one was just 10 when she was first raped. DNA tests have revealed he fathered at least 11 children.

The defence says it is considering several arguments including that Ongwen is suffering from post-traumatic stress syndrome and was acting under duress.

Observers say the trial raises deep questions about how to prosecute children who commit crimes after years of abuse.

But Bensouda said: "Having suffered victimisation in the past is not a justification or an excuse to victimise others."

Each human being is "endowed with moral responsibility for their actions," she said.

Ongwen surrendered himself to US forces in 2015. But Kony remains at large with about 150 followers hiding out in the jungles of the Central African Republic.

Garlic smells terrible for me. Is it really important for my health?

A clove of garlic a day keeps ailments at bay