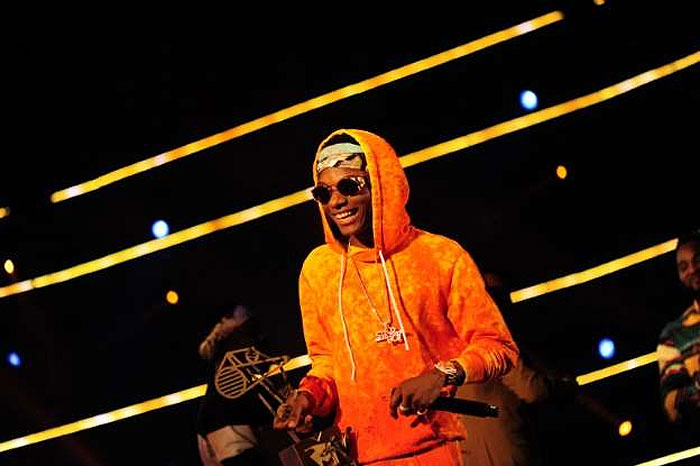 KAMPALA - It turns out that the much anticipated ‘Wizkid Live in Kampala' concert will not take place this Saturday - as earlier planned - after the Nigerian music star failed to fly out of the US, according to the organizers of the event.

In a statement issued Friday, FACETV said that because of "unavoidable circumstances", the 26-year-old musician, whose real name is Ayodeji Ibrahim Balogum, was "unable" to jet into Uganda from the US city of Los Angeles.

His much-awaited concert was due this Saturday at Lugogo Cricket Oval in Kampala.

While it will undoubtedly be a let-down for his Ugandan fans who had long awaited his coming, the Nigerian recording artist, songwriter and performer, "distraught" by his failure to make it into the country, sent his "love and apologies to the Ugandan people".

Meanwhile, the Kampala concert organizers say they are in contact with the Nigerian artist to have another date fixed.

Having started his musical career apparently at the age of 11, Wizkid, also known as Lil Prinz, has several solo and collaborative works to his name.

Two years ago, in February 2014, he became the first ever Nigerian musician to have over one million followers on Twitter. He has since more than doubled that statistic, with his current following at 2.38 million people.

At the 2016 MTV Africa Music Awards held in Johannesburg, South Africa in October, he was named artist of the year and best male musician.

Wizkid also won the prize for top collaboration at the awards, which celebrate pan-African music, youth culture and talent, with the winners chosen by public vote. 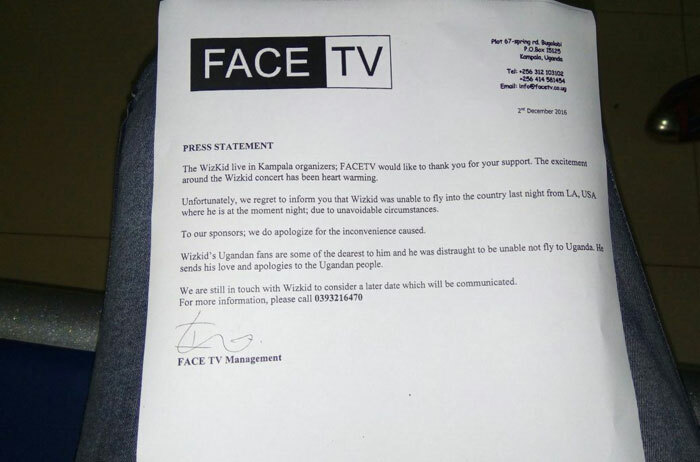