In the New Vision: 15 lawyers to defend Mumbere

The Police have named over 130 suspects in the Kasese clashes.

Do not miss the latest updates from Kasese and Jinja in the New Vision.

Two people had been appointed to head the Uganda Electricity Generation Company Limited. Now, the finance minister Matia Kasaija has given fresh orders to settle the controversy. Get the full story inside. 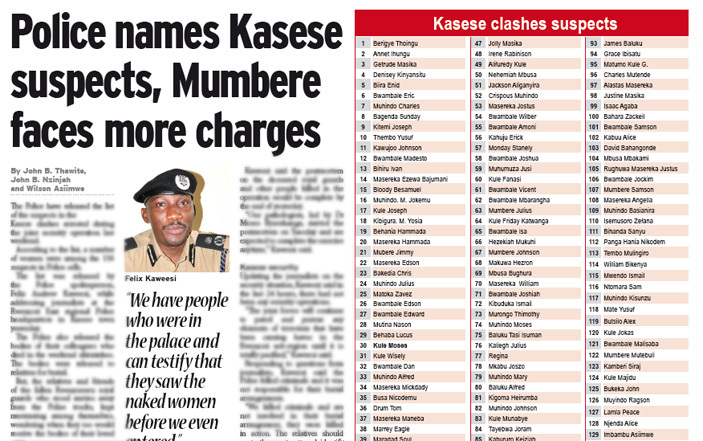 Find out why the Chinese contractor for the Kampala-Entebbe Express Highway lost his temper and blasted MPs. Is the contract in danger or not? Find out what the hot issues were and what happened after the confrontation.

Pastor Kiwedde has been given a harsh sentence for escaping from prison.

We bring you details from Rakai Court.

Find out why it is dangerous to change your automatic transmission fluid.

We bring you the notorious areas for bodaboda thefts around Kampala, the tricks thieves use to steal motorcycles and what to do to avoid losing your bike or your life this Christmas season.