Case backlog: DPP to free suspects in pett...
Next Story

Ugandans at risk as police fail to account for guns

No gun yet! Well, the Police still cannot find the gun used in the killing of Kenneth Akena, in Lugogo a Kampala suburb, two weeks later. Anyway, it is not surprising because it is just one among several guns that have previously been used in killings in the city, and they cannot be found.

No gun yet! Well, the Police still cannot find the gun used in the killing of Kenneth Akena, in Lugogo a Kampala suburb, two weeks later. Anyway, it is not surprising because it is just one among several guns that have previously been used in killings in the city, and they cannot be found.

In Akena's case, probably the most recent mysterious killing, involving a gun on November 12, the police have searched in a number of places including the home of the key suspects, Mathew Kanyamunyu and his girlfriend, Cynthia Munwangari, in Luzira, a Kampala suburb, and a city night club, but they have not found the killer weapon.

Who is killing Muslim clerics?

Ironically, the two key suspects in Akena's murder are not licensed gun holders. The fact that the Police still cannot find the killer weapon, and the suspects charged with the murder of Akena in Court this week, are not licensed gun holders has raised serious questions about the presence of illegal guns in the hands of unlicensed firearms holders

Other questions include how many guns may be in the hands of criminals, the source of firearms for criminals and who will recover the illegal weapons from unlicensed holders that security agencies seem to be clueless about. 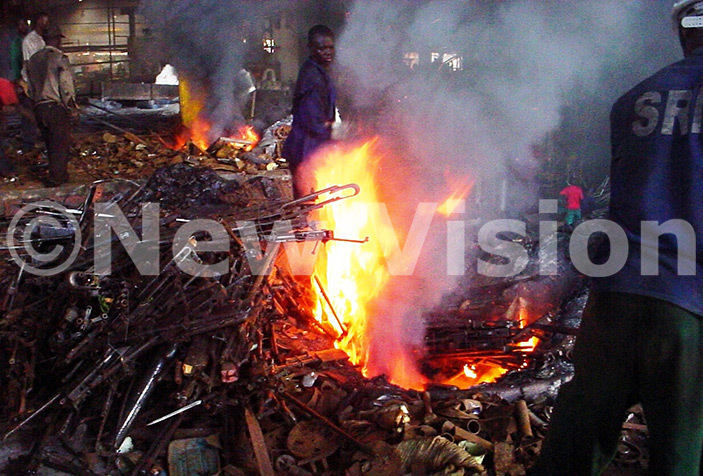 Christine Kaitesi, a resident of Busega, a Kampala suburb, is one of the victims of the rising gun violence in the country. Her husband, Didas Tukundane, was shot dead in the capital Kampala in March this year, but the police have never found his killers and the killer gun.

Lubega Kitengo a Kampala businessman is another victims crying for justice. He was shot at by suspected armed robbers in 2012, but his attackers are still at large.

From the beginning of this year, the police have recorded 1,620 shootings incidents involving armed people across the country, but there is a possibility that the figures could be higher because some cases go unreported.

During the ongoing murder trial of 14 suspects in the murder of Muslim clerics, a senior government ballistics expert, Robinah Kirinya, told High Court judges that one gun was used in the killing of (Muslim) religious leaders and a top state prosecutor in the July 2010 Kampala twin bombing terror trial, Joan Kagezi. Some of the Muslim clerics and Kagezi were killed between 2012 and 2015. 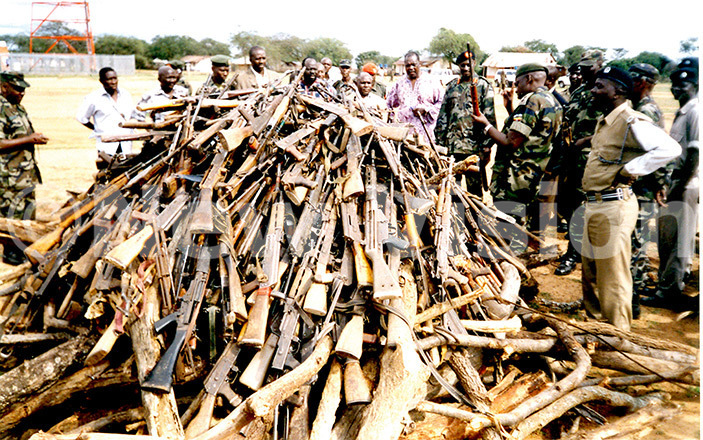 Kirinya stated that an analysis of the bullet cartridges from the murder scenes and bullets recovered from the bodies of the victims of gun attacks shows that the same weapon was used (in the attacks), but the firearm is still missing, about four years later.

In a telephone interview with New Vision; Kampala Metropolitan Police Spokesperson Emilian Kayima said the police could not tell how many guns are in the hands of private individuals right now, further raising worries. 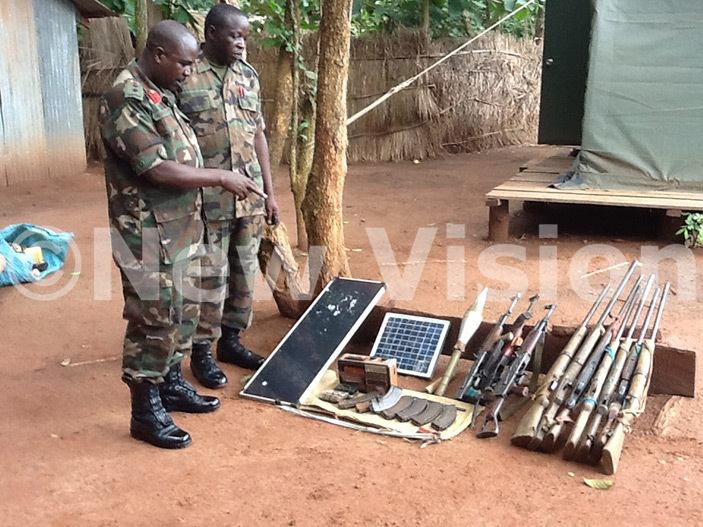 Who is entitled to a gun?

Kayima says anybody can apply to the Inspector General of Police to be given a gun but that he had to follow the laid down procedure and get clearance from the local authorities first.

An applicant for a gun must first be vetted by the Local Council before his application is forwarded for further vetting at the Local Council II and III. He is then required to get clearance from the district authorities who include the Resident District Commissioners and then finally the District Internal Security Officer before the file is forwarded to the Inspector General of Police for final approval.

Uganda People's Defence Force (UPDF) displays 234 guns which they disarmed from Karamoja warriors during the disarmament exercise which took place in Pokot village Moroto District on May 20, 2008.

When can a gun be removed from a licensed holder?

Kayiima says once incidents of abuse have been reported then the gun can be withdrawn from a licensed holder. He says that once they receive a complaint, the matter is investigated and then where deemed fit the gun is withdrawn. 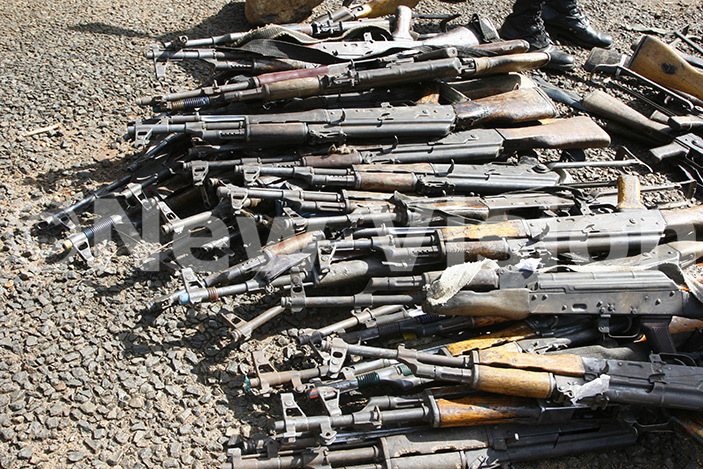 Kampala Lawyer Ladislaus Rwakafuzi says Government should arrest and prosecute all individuals engaged in the shooting incidents. He says that this would help send the message to those engaged in this vice.