The military agreement will allow the two governments to "share information even more smoothly and swiftly".

The military agreement will allow the two governments to "share information even more smoothly and swiftly".

Japan and South Korea signed a controversial agreement on Wednesday to share defence intelligence on North Korea, despite protests from opposition parties and activists in Seoul.

South Korea's defence ministry said the accord was "necessary" in the face of growing military threats from Pyongyang, which has conducted two nuclear tests and more than 20 missile launches this year.

"It is ready to conduct additional nuclear tests and missile launches at any time," the ministry said in a statement.

"Since we can now utilise Japan's intelligence capability to effectively deal with North Korea's escalating nuclear and missile threats, it will enhance our security interests."

Japan's foreign ministry said in a statement that the military agreement will allow the two governments to "share information even more smoothly and swiftly".

Seoul and Tokyo currently use Washington as an intermediary when sharing military intelligence on Pyongyang under a deal signed in 2014.

The new agreement is controversial in South Korea, where the legacy of Japan's harsh 1910-45 colonial rule of the Korean peninsula is a deep well of anti-Japanese sentiment and a belief that Tokyo has never properly atoned for the abuses of that era. 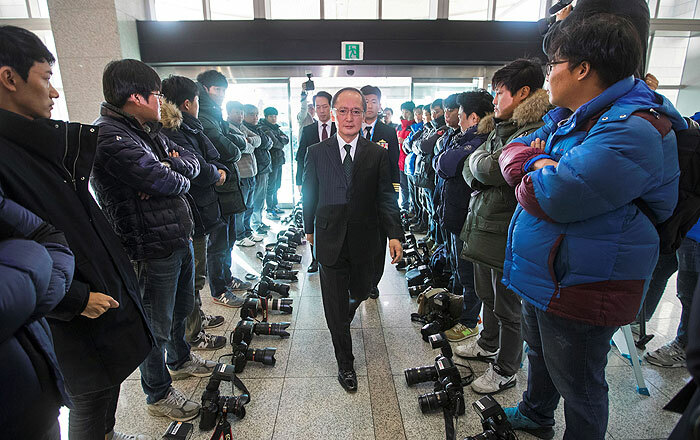 South Korea and Japan were on the verge of signing an intelligence-sharing deal in June 2012, but Seoul backtracked at the last minute in response to public outcry.

North Korea has slammed the military pact, labelling it as "a dangerous act" that would further raise already-elevated tensions on the Korean peninsula and open a door to Japan's "re-invasion".

The contentious issue comes as South Korean President Park Geun-Hye faces growing calls for her resignation over a widening corruption and influence-peddling scandal that has sparked huge street demonstrations.

The deal has been fiercely opposed by South Korean opposition parties and activists, who point to Seoul's failure to seek public support and historical sensitivities.

South Korea's main opposition party has called the deal "unpatriotic and humiliating" and has threatened to impeach Defence Minister Han Min-Koo if the agreement was pushed through.

Staring death in the face: Karamoja on brink of starvation

Has the Govt forgotten about Karamoja?