The annual event attracted a standard 20,000 participants and passed without any major incidents

Uganda dominated the 2016 MTN Kampala Marathon, with Bernard Cheptoch winning the men's 42km race as the hosts claimed five out of the top six races.

Japyator Kimayie led a Kenyan sweep of the top three in the women's full marathon in the only race not won by a Ugandan on the bright Sunday morning.

Rachael Chebet and Daniel Rotich won the women and men's half marathon respectively while Mercyline Chelangat and Elisha Chemutai completed Uganda's dominance with victories in the women's and men's 10km races.

Cheptoch and Kimayie will receive a sh14m cash prize while the second and third finishers will get sh7m and sh3.5m respectively. The 21km winners will receive sh4m while sh1.5 will be given to the 10km winners.

The annual event attracted a standard 20,000 participants and passed without any major incidents. 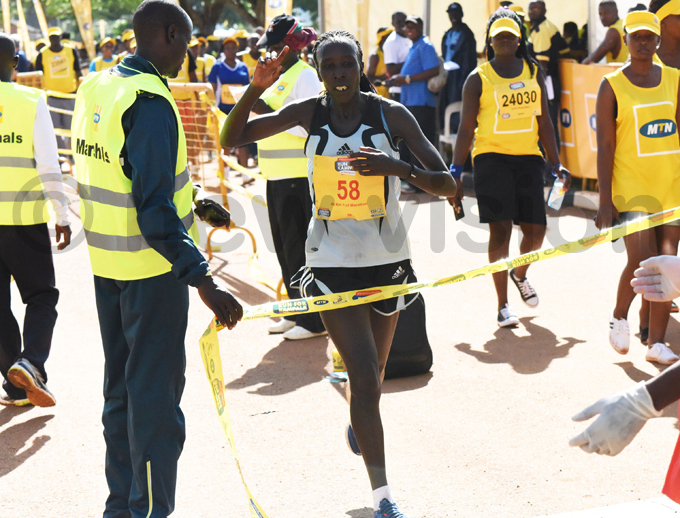 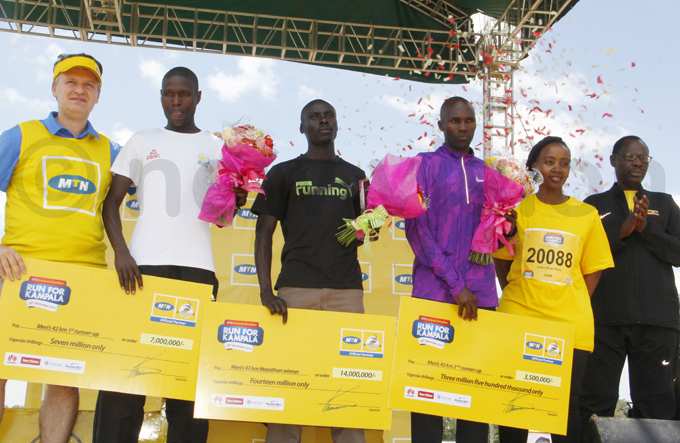 "The marathon was very successful because first and most importantly the police ensured better security for the runners along the routes," said MTN brand manager Martin Ssebuliba.

This was the 13th edition of the MTN Marathon and it started and ended at Kololo Ceremonial Grounds, with various routes around metropolitan Kampala ascribed to the different races in between.