Kenya delays closure of world's largest re...
Next Story

Several men and women who survived abuses under successive authoritarian regimes are appearing on national television.

Several men and women who survived abuses under successive authoritarian regimes are appearing on national television.

PIC: Relatives of abuse victims reacting as they watch a live broadcast of the testimonials of the abuse victims before the The Truth and Dignity Commission (IVD) in Tunis. (AFP)

Victims of rape and torture under successive dictatorships started testifying on live television Thursday as Tunisia -- in a rare move for the Arab world -- tries to deal with decades of abuse.

The Truth and Dignity Commission (IVD) has tracked human rights violations committed between July 1955, a year before Tunisia gained its independence from France, and December 2013 when the fact-finding body was established.

Several men and women who survived abuses under successive authoritarian regimes are appearing on national television on Thursday and Friday evenings to tell their stories before the commission.

The testimonies started with Ourida Kadoussi, the mother of a protester shot by security forces in January 2011 during the uprising that toppled longtime dictator Zine El Abidine Ben Ali.

"They killed our children. We have not been given our rights," she said at the Club Elyssa, one of several properties confiscated from Ben Ali's entourage after his removal.

"We want to live freely, with heads held high," Kadoussi, who spoke for twenty minutes, said.

IVD member Khaled Krichi told reporters ahead of the broadcasts: "We will participate in unveiling the truth about these violations... in order to turn a page and move directly on to national reconciliation."

He said the interviewees, who will take turns speaking for up to 45 minutes, "represent entire generations" of Tunisians who endured mistreatment and oppression.

The black years of rights violations in Tunisia cover the rule of Habib Bourguiba, between 1957 and 1987, and of his successor Ben Ali. 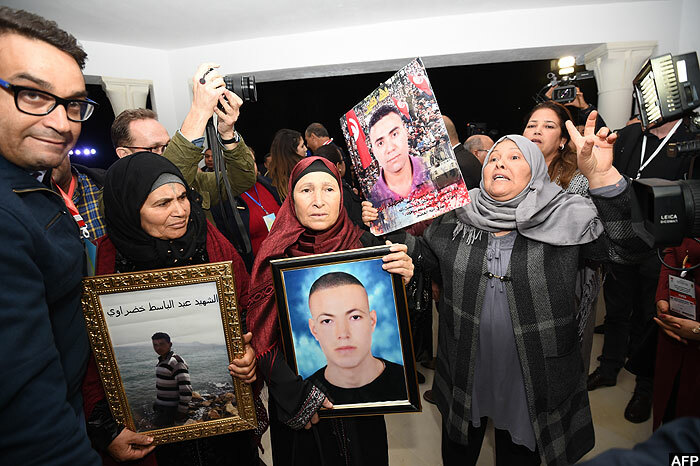 The slew of complaints which the commission received include torture, arbitrary detentions, physical abuse and violations of freedom of speech.

Women, who made up a quarter of victims who came forward, complained of sexual abuse, until now a taboo topic in the North African country.

Tunisia has largely avoided the chaos and bloodshed endured in other Arab states that witnessed regime change in the wake of region-wide popular protests in 2011.

The IVD, which seeks to rehabilitate and compensate victims, is a rare attempt at transitional justice in the face of complaints from many Tunisians -- beset by high unemployment and a stagnant economy -- that their lives have not improved since the revolution.

IVD president Sihem Bensedrine said victims of and witnesses to abuses had come forward from across the country and were ready to testify on crimes committed throughout the commission's 1955-2013 remit period.

She described the inquiry, which is examining 62,000 cases, as "a historic moment that our children and grandchildren will read about in books".

London-based Amnesty International welcomed the public hearings, saying "victims... who have waited decades for justice may finally have a chance to have their right to truth fulfilled". 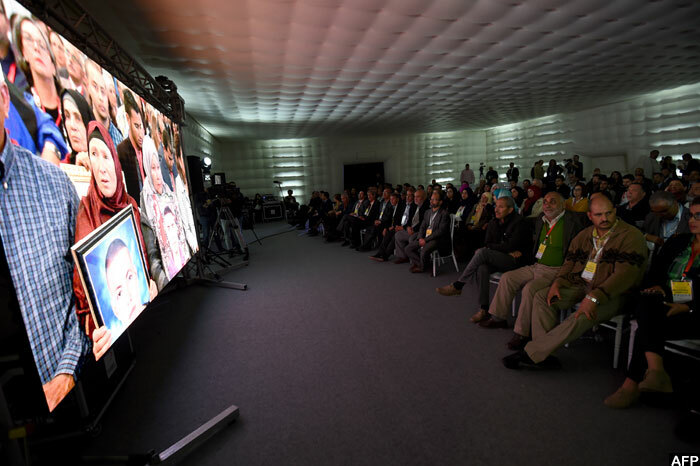 The panel, which comprises rights activists and representatives of victims, heard 11,000 women victims tell their stories behind closed doors.

In principle, it had full access to state archives and its remit covers violations of human rights -- notably voluntary homicide, rape, extrajudicial executions and torture -- by "bodies of the state and groups or individuals acting in its name or under its protection".

But the work of the panel, one of the first bodies set up under a Transitional Justice Law passed in 2013, has been long, painful and rife with challenges.

"Detractors of transitional justice, those who did not want to break with the past in 2011, are still at work" to this day, said Antonio Manganella of the watchdog Lawyers Without Borders.

"There is still a lot of reluctance from some state institutions to cooperate with the IVD," said Manganella, who heads the group's office in Tunisia.

Amnesty added: "The real test facing Tunisia's transitional justice process, however, is whether it will ultimately lead to criminal prosecutions for the crimes of the past decades."

The dates of the televised hearings are highly symbolic.

The next hearing date is scheduled for December 17 -- six years to the day since street vendor Mohamed Bouazizi set himself on fire, prompting mass protests that exploded into the Arab Spring.

The last broadcast will be on January 14, the anniversary of Ben Ali's final flight from the country he dominated for more than two decades.

Gaza bloodshed spirals as US offers to broker ceasefire