Day three of the Uganda Advanced Certificate of Education examinations (UACE) started with Geography (1) in the morning and later Geography (2) in the afternoon.

However, Police have revealed that some candidates have been denied the chance to sit for the examinations despite UNEB's directive that all registered students should be allowed to do the exams.

The Kampala Metropolitan Police Spokesperson, Emilian Kayima affirmed that they received reports that some Kampala school authorities had stopped students from siting for the exams after failing to complete payment of school fees.

"The schools are aware of UNEB's instruction to allow all students sit for their exams but have defied it. There is nothing we can do about it because it is not our mandate but I think a strong law should be set that protects children" he added.

He noted that Police cannot disclose the schools because it would jeopardize investigations adding that Police has no powers to influence schools which deny students exams.

However besides those few cases, the examination atmosphere at a number of schools has been calm with no major irregularities. 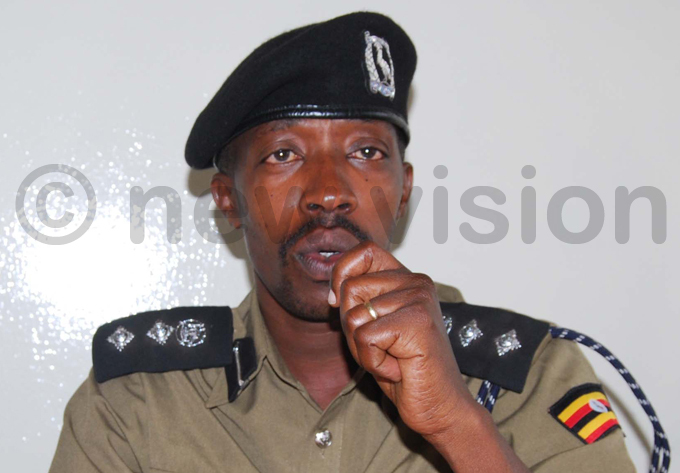 At Kyambogo College School, a total number of 276 students are sitting for the exams. Here the exams have been arriving at 8:30am and by 9am, students begin.

Samuel Kawuma the Kyambogo College director of studies said the school has two students with special needs but on request from UNEB, have been given external assistance and an extra 45 minutes to enable them successfully do their exams.

At Kawempe Muslim School, Bruhanne Mugerwa the head teacher, said the papers arrived on time and there was no problem reported.

St. Joseph's Girls' School Nsambya which has a student with a broken hand was granted special attention for her in order to sit for the exams. Otherwise the exams started on time without major disruptions.

Sr. Mary Pauline Namuddu the headmistress at the school noted that the 99 girls are all able to do the exams.

"Being day two of the examinations, we haven't had any problems yet," Namuddu said.

Kayima stated that there are no students from upcountry that have been denied the chance to sit exams and further said they have not yet registered any cases of examination malpractice.

What you need to know about milk teeth

A guarantee for grate breath