According to UNEB, the gender gap in the registration at UACE level has remained wide compared UCE

According to UNEB, the gender gap in the registration at UACE level has remained wide compared UCE

Senior six students began their Uganda Advanced Certificate Examinations (UACE) with Mathematics (1) and History (3) in the morning amid a heavy down pour that hindered several schools in Kampala from starting on time in Kampala.

104,361 candidates were registered by Uganda National Examination Board (UNEB) from 2003 examination centres in the country to sit for UACE this year.

According to UNEB, the gender gap in the registration at UACE level has remained wide compared UCE where female candidates made up about 49.1% of the total candidates.

The figures also indicate an increase in candidature with 3,093 (3%) more students this year compared to 101,268 candidates that sat last year.

Over 727 scouts and about 8,000 invigilators have been deployed by UNEB to monitor the conduct of examination countrywide.

And about 500 Police officers have also been deployed to offer security to examinations and curb any cases of examination malpractice with others manning the examination storage stations. 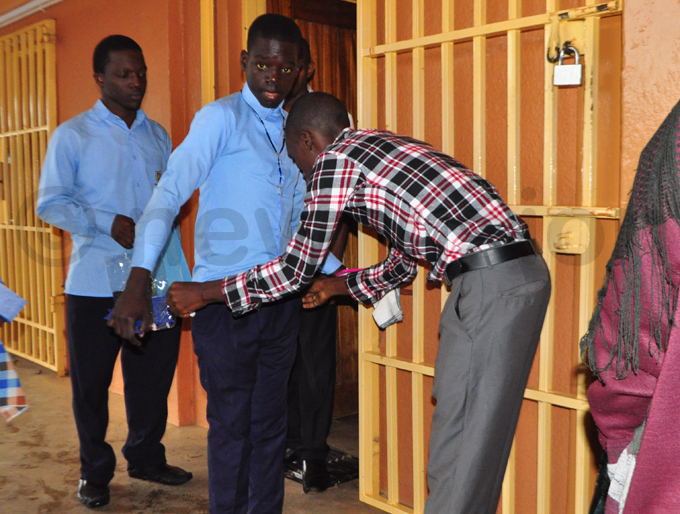 Kitante Hill Secondary School students are checked by an invigilator on the first day of UACE. Photo by Danielle Nalukenge 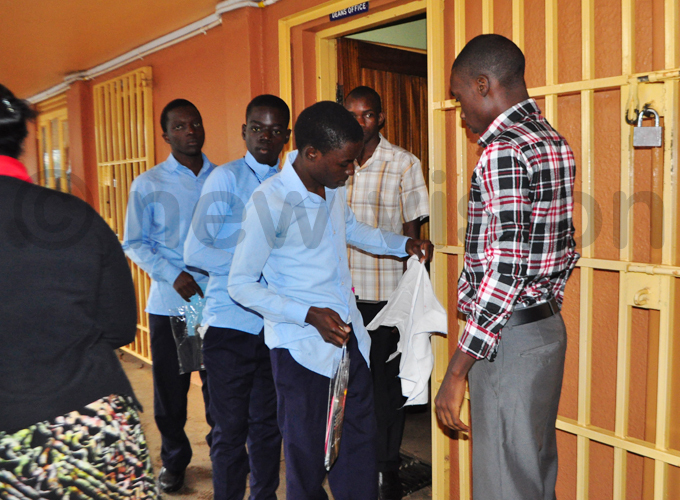 However exams and invigilator delays were reported as by 9am, invigilators had not arrived at the school.

Speaking to New Vision, Juma Kaddu the deputy head teacher said that the delay could have been caused by Monday morning's heavy downpour.

"We expected invigilators to be here by 8am but by 9am, they were not yet here. This could be because of the rainfall in the morning" Kaddu noted.

He added that he expects students to excel because of the extensive preparations they were exposed to.

Chelsea Mpanja, 18, offering PEM/ICT, who dreams to be a civil engineer, said that she is determined to have the best grades in country.

The situation at Kitante Hill School was quite different as the examination kicked off late. 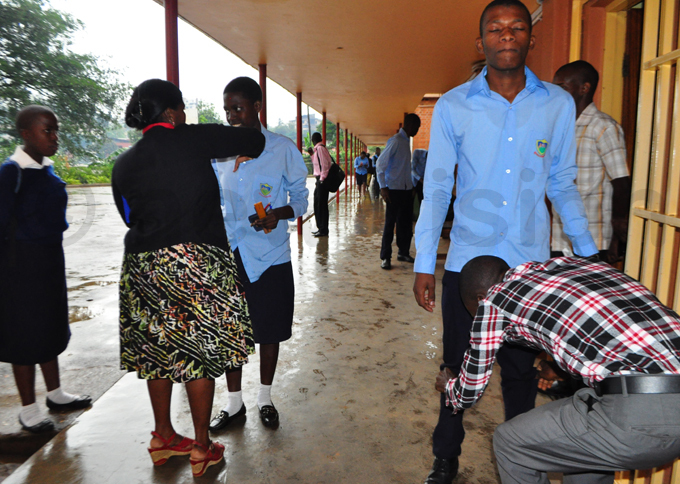 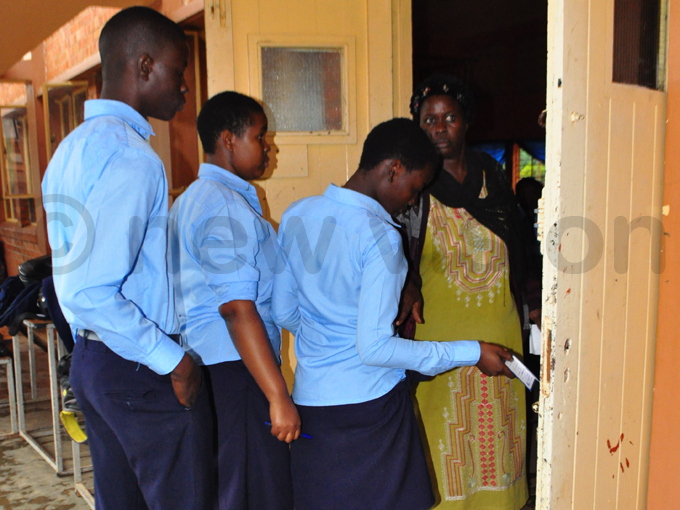 Some candidates arrived late due heavy rains and they took long time to settle in the examination rooms.

Rose Izizinga the head teacher recorded an increase; with 104 candidates in 2015 to 179 candidates this year.