Representatives of various countries on the Joint Monitoring and Evaluation Commission (JMEC) Partners Group on South Sudan have discussed the fragile security situation in the war-ravaged country and measures which should be pursued to end escalation of violence.

According to a statement issued by the group on Saturday, the JMEC resolved to ensure that efforts to build peace in the troubled nation through the Agreement on the Resolution of the Conflict in the Republic of South Sudan (ARCSS) are made more effective.

President Salva Kiir and his former deputy Riek Machar signed the agreement in August 2015 to end two years of a brutal conflict fought along tribal lines, but the pact has largely been ignored by both sides. Fresh clashes between two government forces, one commanded by Machar and another loyal to Kiir, broke out in July this year, as the world's youngest nation leaders appeared to be trying to implement the agreement, with the former vice president reassuming his position.

The renewed conflict has since displaced thousands of refugees, with Uganda being their major destination. Scores of lives have been lost too in the conflict.

"The violent clashes which began in July 2016 represent a serious breakdown in the fragile peace agreed under the ARCSS. The situation in Juba remains fragile as tensions rise and violence increases across the rest of South Sudan," a statement issued by the group reads in part.

The representatives, who included Uganda's foreign affairs minister, Sam Kuteesa, noted that the renewed fighting violates the peace agreement and is having a devastating impact on the lives of millions of South Sudanese.

"We call for an immediate cessation of hostilities and encourage all armed groups to join the peace process as the only way forward for resolving political differences. There is no military solution to South Sudan's problems," they said, "We commend the efforts of the JMEC under the leadership of former President Festus G. Mogae on its work to try to keep the peace agreement alive under these challenging circumstances." 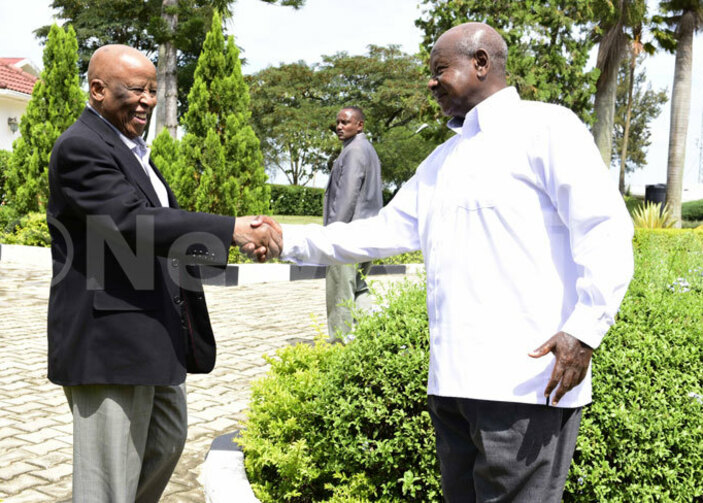 The group said it appreciates the roles IGAD and partners have played in supporting the JMEC and urged leaders in the region to remain actively engaged. They particularly recognized the role Kenya has played so far, and expressed hope that the Kenyan Government will continue to play a key role in supporting the peace process.

"We further note the commitments made by the Transitional Government of National Unity (TGNU) to keep the ARCSS alive. The only way forward in South Sudan is through a genuine and inclusive political process that sees all interests engaged in shaping the future of this young country," the statement reads, "Inclusivity is not about individuals. Inclusivity means inviting all ‘parties' to join the process peacefully and ensuring genuine representation of the national character in government."

They stated that all parties must demonstrate their commitment to peace by taking meaningful steps to end violence and ceasefire violations, calling on both sides in the conflict to lay down their weapons, engage in peaceful and inclusive political dialogue.

The group condemned all instances of hate speech, ethnically targeted killings and incitement to violence noting that the unfortunate incidents are in violation of the peace agreement and put the future of the country at great risk.

"We remain gravely concerned about the fragile security environment and the desperate economic and humanitarian situation in South Sudan. We particularly recognize the role played by neighbouring countries in hosting large numbers of refugees from the current crisis," the group stated.

They observed that continued violations of the ceasefire and the hindrance of humanitarian assistance are exacerbating the suffering of civilians and cannot be tolerated, urging all parties to take urgent steps to ensure that humanitarian actors are granted free, safe and unhindered access to people in need, in compliance with international obligations, and allow the people of South Sudan to return safely to their homes.

"We note the acceptance letter sent by the TGNU to the United Nations Security Council (UNSC) on deployment of the Regional Protection Force (RPF), and welcome the progress that has been made.

The TGNU must also take urgent steps to facilitate the deployment of the RPF and allow UNMISS to fulfil its mandate without restrictions or bureaucratic impediments," the JMEC representatives stated," A failure to do this cannot and will not be tolerated by the regional and international community."

They said TGNU has a responsibility to deliver on the commitments it has made, and that institutions like the Strategic Defense and Security Review Board, Joint Military Ceasefire Commission, and Joint Operations Centre established under the ARCSS, should be revived and strengthened to achieve sustainable security arrangements.

The JMEC Partners Group said they will continue to press for peace in South Sudan, and that the region and international community will meet to consider appropriate action if no positive developments are seen on urgent issues and on progress towards peace in South Sudan.

"We will review progress at the next meeting of the JMEC Partners Group in February 2017," they said.