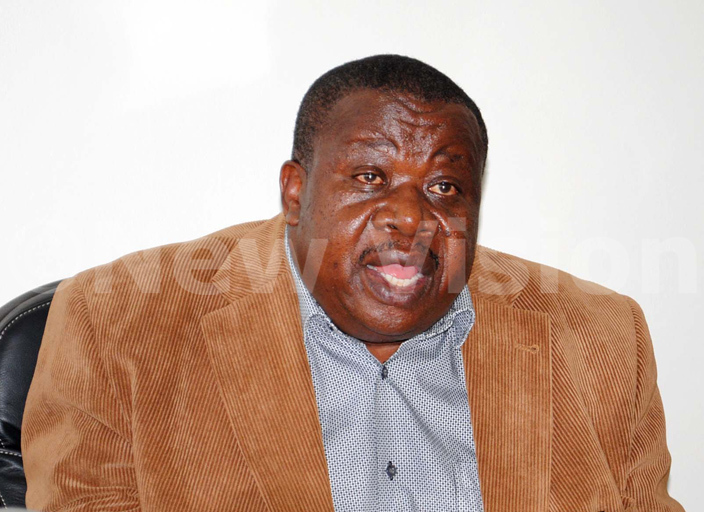 The Minister of Justice and Constitutional Affairs, Kahinda Otafiire has pledged to support a special committee instituted by the Chief Justice to reduce case backlog in the Judiciary.

Appearing before the judiciary case backlog reduction committee at the Constitutional Affairs headquarters in Kampala yesterday, Otaffire said "I will be around to facilitate the committee to ensure justice is done".

"Something ought to be done to reduce case backlog. We need sufficient manpower to handle cases, otherwise we are treating symptoms rather than causes of case backlog," Otaffire noted.

Otaffire has also considered re-calling retired Judges to help in reducing case backlog. "I will contact the Attorney General, William Byaruhanga and we look for resources to pay retired judges".

He castigated practices of keeping suspects in police custody for long hours without knowing whether their guilty or innocent. According to the law a suspect is supposed to be detained for 48 hours before being arraigned in the courts of law.

The Attorney General, Byaruhanga also said a move by government to appoint new judges is in progress. "Appointment of judges has not yet been attained on grounds that identifying judiciary members is difficult and most lawyers are not willing to leave private practice.

According to Judiciary technical advisor Andrew Khaukha, census conducted in December 2015 shows that Judiciary has 114,807 pending cases, adding that 20% of the cases are in the backlog category.

Speaking to the New Vision, the senior communications officer of Judiciary Solomon Muyita confirmed that they sent a proposal to the constitutional affairs ministry about recalling of retired judges and they are waiting for parliament to approve it.

Khaukha therefore appealed to the members of the public to submit their views to the High Court circuit, Secretary of Judiciary and Magisterial areas for consideration.

The Uganda Law Society President Gimara said reduction of case backlog also depends on how prosecutors handle cases on behalf of Government, adding that of all parties, government is most sued.

He called upon government to appoint Judges and magistrates with good work ethics, integrity and committed to serve tax payers, "Districts are increasing but the number of judicial officers is few in the country".

He noted that Judiciary takes less than one percent of the budget, which is not enough to carry out judiciary activities.