HALF TIME: Uganda 1 Congo 0
Next Story

KAMPALA - Uganda climbed to the top of Group E after a narrow win over Congo Brazzaville at Mandela National Stadium on Saturday.

Belgium-based striker Farouk Miya made a brilliant quick exchange and run to score the winner in an entertaining first half.

It was a finish worth its intricate build-up near the edge of the box that saw the boisterous Standard Liège player play a nifty one-two to burst into the area and clinically beat keeper Wolfrigon Mongondza Ngobo in the 18th minute.

Youngster Miya has become synonymous with scoring Uganda's crucial goals, having also scored the only and winning goal that took Uganda through to the Nations Cup finals in Gabon after years of waiting.

Earlier, the hosts were hit by a scare when defender Murshid Jjuuko clashed heavily with opponent Ferebory Dore during a Congo corner kick, and play had to be briefly halted as both players received on-pitch medical attention before they were helped off for further care.

And while Dore, the goal-scorer of Congo's only goal against Egypt in their opener, was brought back on, Jjuuko did not return and was replaced by Luwagga Kizito.

Miya's goal appeared to have broken the shackles off the home side as they attacked even more gracefully, and with ease, renewed purpose and plenty of individual trickery against a seemingly disjointed Congo side.

However, the visitors were dangerous on the attack, and whenever they did throw men forward, they troubled the Cranes' backline shielding keeper Robert Ondongkara, on for injured first-choice goalie Denis Onyango. 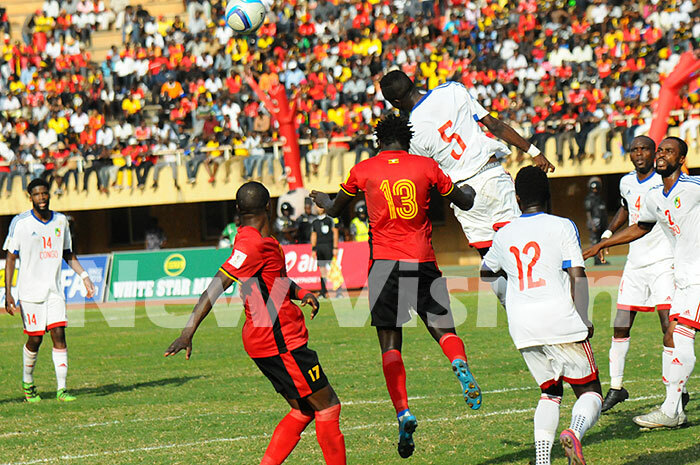 Having experimented with the use of a lone striker in Uganda's away draw against Ghana and Tuesday's friendly against Zambia that ended in defeat, Coach Micho Sredejovic was keen on placing emphasis on the attack which saw Captain Geoffrey Massa busy on the flank.

And the experienced skipper proved ever industrious going forward, often feeding in Miya and co.

No doubt he was a man to watch, from the visitors' point view, as memories of Massa's stunning net-ripping goal in a 4-0 thriller when the two sides last met in 2012, still lingered.

The Diables Rouges (Red Devils) came into this game needing to revive a campaign that started off with defeat at home, but they struggled to muscle their way past a lively, ball-possessing Cranes side.

To their credit though, Coach Pierre Lechantre's side looked lethal in front, and nearly found the equalizer a little over the half-hour mark, only for the Ugandan back to clear the danger, and leaving the attacker injured in the box amid feeble appeals for a penalty.

Lechantre would have been more disappointed that his only goal-scorer so far in this campaign Dore could not play out the opening half and had to be substituted with Silvere Ganvoula M'boussy in added time.

The visitors introduced fresh legs in form of Dua Ankira for Kessel Tsiba Moukassa at the start of the second half and later on Ismael Ankobo in place of Arnold Bouka Moutou to inject more life in the face of a crumbling campaign.

It was also reform time in the home camp as injured Tonny Mawejje had to be stretchered off to give way for Michael Azira in the 59th minute before Godfrey Walusimbi (aka Jjajja Walu) came on for Moses Oloya at the back. 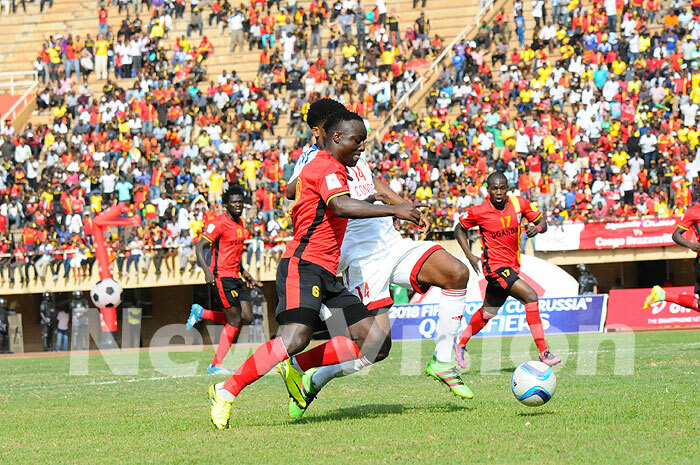 Second-half action saw the Congolese pick up three yellow cards in a space of 23 minutes, including a booking of substitute Ankira.

It was also a half of missed opportunities on either end of the sun-baked Namboole pitch, with Massa notably failing to turn in a point-blank chance after a brilliant run and cross by Miya on the left late on.

And with six minutes left to play, the visitors nearly punished the Cranes for their profligacy when a scrambled dash in the area drew a timely save from keeper Ondongkara after the ball was headed off the line.

In truth, it was never a comfortable conclusion for the Cranes but nonetheless, they managed to collect maximum points as well as maintain a clean sheet in a campaign so far so good, having already dealt with the 'little' matter of qualifying for the Nations Cup finals.

Meanwhile, on Sunday, Egypt will play host to Ghana in the other Group E game. For now, Uganda leads the pile on four (4) points, Egypt in second with three (3), Ghana in third with one (1) and Congo sit rock-bottom with no point so far.

Next up, Uganda will host Egypt next year on August 27 in game three of these qualifiers, before Ghana play host to Congo the following day. 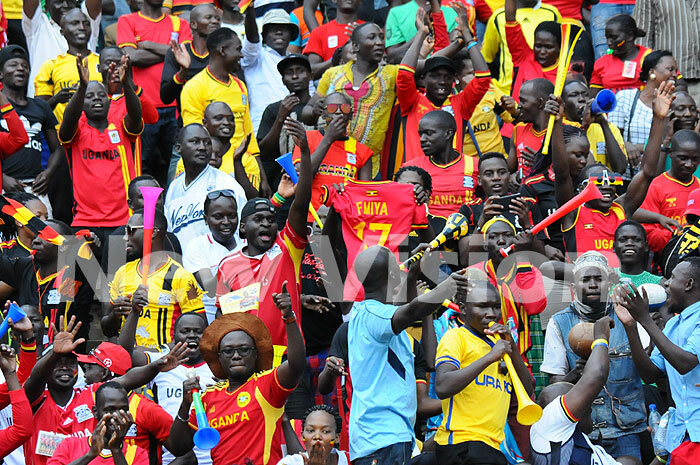 Uganda can benefit from the Obama campaign strategy

Go out and vote but do so peacefully