He used NSSF money to acquire a loan to co...
Next Story

The competition was aimed at enhancing literacy among children in schools

The competition was aimed at enhancing literacy among children in schools

Hillside Primary School will represent Uganda, in the African Spelling Bee Challenge that will take place in Addis Ababa, in July 2017.

This comes after the school won the National School Spelling Bee Competition that was held at Serena Hotel in Kampala.

The competition that attracted a number of schools from around the country was organized by Enjuba in partnership with DStv.

Three winners of this competition from Hillside Primary School walked away with a full DStv Zapper decoder kit with one month free subscription.

According to Aaron Kirunda the Enjuba CEO, the competition was aimed at enhancing literacy among children in schools.

"We set out to make a difference in the education sector by enhancing literacy and comprehension among these children," Kirunda said.

"This project has enlisted so much interest throughout the country and we are so excited about the victors of the National Spelling Bee Competition," he said. 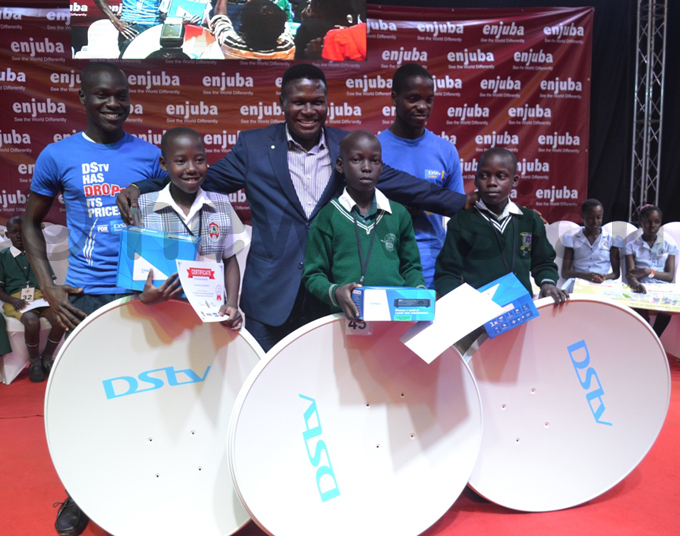 Phoebe Nakabazzi, the DStv marketing manager noted that DDtv Uganda is proud to be affiliated with the initiative.

"We are certain that we are positively impacting the lives of our future leaders not only through our educational channels but also through strong partnerships," Nakabazzi said.

Winners of the African Spelling Bee competition will get a scholarship to study an undergraduate degree at Monash University in South Africa.

Inzzi out of world meet