From left, Ethiopian state minister for internal affairs Damene Damota and his Ugandan counterpart Obiga Kania listen to the representative of the Secretary General of IGAD Elsadingi Abdallah during the meeting. (Credit: Wilfred Sanya)

KAMPALA - Ministers from the Intergovernmental Authority on Development (IGAD) countries held the first regional meeting on immigration at the Speke Commonwealth Resort, Munyonyo Kampala on Thursday.

Under the theme "Migration Policy Development", two technical meetings were held between 7th and 9th November preceeding the ministerial meeting.

A cross-section of delegates attend the meeting. (Credit: Wilfred Sanya)

The ministers from the region deliberated on the recommendations of the technical teams and established the Sectoral Ministerial Committee on Migration as Part of IGAD policy organs.

One of the main recommendations from RMPF is to have a strong IGAD institutional framework in order to implement, monitor and evaluate the IGAD RMPF. This calls for the strengthening of migration governance within IGAD at both national and regional levels.

Elsadig Abdalla, who represented the IGAD executive secretary, commended the meeting as a step forward in the positive direction.

"The issue of migration has become an important socio-economic challenge which needs to be fixed. We are thus committed to bringing the migration agenda at the forefront. IGAD, therefore, need a regional approach, which is committed to promoting the rights of all migrants in member states and smoothen cross-border mobility." 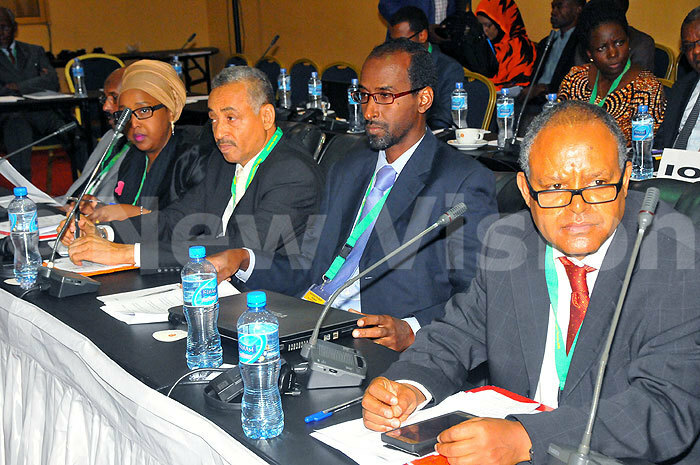 Charles Kwenin, the representative of the director general of the International Organisation for Migration (IOM), thanked the government of Switzerland for funding the process of formalizing migration processes in the IGAD region.

"IOM is happy to associate with IGAD on migration governance. IGAD is so far the only region with such a framework and we wish to thank the region, especially Uganda and Kenya  for making tremendous strides in migration policy. IOM wishes for a policy that promotes rights of citizens and those migrating.

Free movement of people facilitates the regional intergration of Africa."

He said the region hosts over 1.2 million refugees from Somalia, urging political leaders to take caution to avoid upheavals that catalyze migration.

The state minister for internal affairs, Obiga Kania, welcomed the dignitaries to the meeting, saying it was an opportunity for Uganda to host the meeting on migration.

"Migration is a phenomenon of biblical proportions. It did not start yesterday, and will continue as the world gets narrower, that is why we need a comprehensive policy on migration," he said.

He said his ministry is set to present proposals on a national migration policy before cabinet and that by June next year, there will be a framework in place to guide migration. 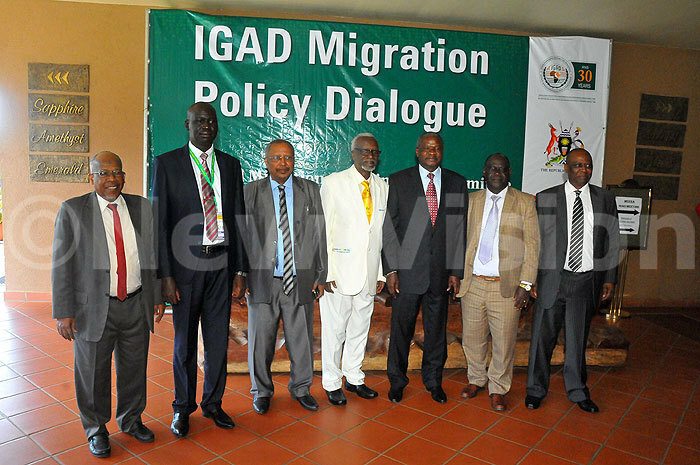 Kirunda Kivejinja, who was the chief guest at the function, said the meeting was one of historical proportions that would define the fate of the region.

"IGAD started as an organization to fight drought and locusts. That problem has now disappeared. This means that the organization has a record of success and the migration issues will also be managed," he said.

Delivering a speech on behalf of the Prime Minister, Dr. Ruhakana Rugunda, he said Uganda is one of the biggest hosts of refugees in the region.

NSSF is pressing the wrong button

NSSF's whistleblowers are safe and sensitisation is brisk