MP Theodore Ssekikubo the chairperson of the Parliamentary Forum on Oil and Gas launches the publication at Serena Hotel in Kampala. Photo by Hajarah Nalwadda

Lawmakers under their umbrella organization, Parliamentary Forum on Oil and Gas, have urged Government to fast-track the process of joining the Extractive Industries Transparency Initiative (EITI), a global initiative that promotes open and accountable management of extractive resources.

Led by their chairperson, Theodore Ssekikubo, who is the Lwemiyaga MP, the legislators argue that although the policy on oil and gas makes a commitment for Government to join EITI, Uganda is at a snail's pace on the implementation.

"Much as efforts have been done by the government like setting the development of a strong policy, legal and institutional framework, it is not easy even for Parliament to access information which is applicable to nurturing the much required transparency and accountability in management of the oil and gas sector," Ssekikubo said during a discussion of the oil and gas sector at Serena Hotel, which was organised by Friedrich Ebert Stiftung.

"Lack of accountability and transparency leads to public discontent. It is our duty to bridge this gap" Ntengeru North MP, Amos Lugolobi said.

However, Alex Nyombi, a commissioner of petroleum and gas in the Ministry of Energy and Mineral Development, said the delay by Government to join EITI global standards has been occasioned by the need to "first clean up" the legal regime governing the sector before opening up to global scrutiny.

"There is a lot that needs to be done before we join EITI. We are cleaning our house first," he said. 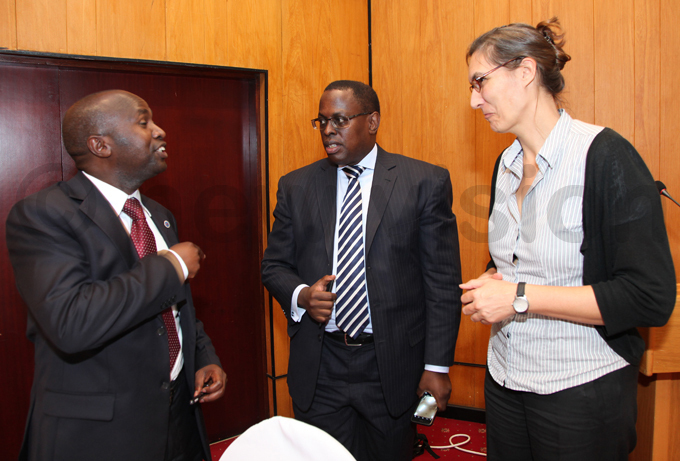