"On Friday, he came back home at about 7:00pm. He greeted us and said his prayers."

"On Friday, he came back home at about 7:00pm. He greeted us and said his prayers."

The widow, Stella Oketta, has revealed her husband's final moments alive. She told New Vision the army man had been healthy and strong until early Saturday.

"On Friday, he came back home at about 7:00pm. He greeted us, said his prayers and joined us at the dining table for tea.

"He later watched news on TV, up to around 10:00pm. He then told me that he had watched the news he wanted and went to sleep," she said.

"I told him that I wanted to first read something and he said it was okay. At about 2:00am, I went to bed. Moments later, he woke up, held my hands tightly and I realised that he was unwell. I telephoned his sister and told her that the general was not feeling well." 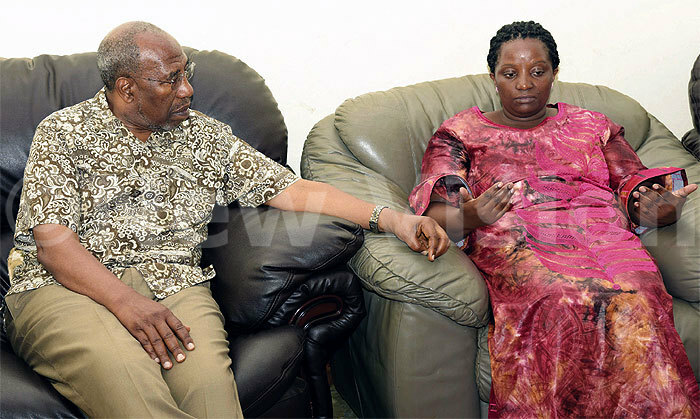 Stella went on to explain that they decided to take him to Nakasero Hospital, but on the way, he grabbed her chest, which forced them to branch off to Kadic Hospital in Bukoto.

"The doctors responded very fast and connected him to oxygen, but after about two hours, his head slumped and the doctors told us that he was dead. It is a shock. The only thing he talked about the previous day was a cough," said the grieving widow.

Oketta is survived by nine children and a wife.

The army has organised a requiem mass Tuesday beginning at 10:00am at Our Lady of Africa Church, Mbuya.

Between 4:00pm and 5:00pm, the body will lie in state at Gulu district Council Hall.

Burial is set for Wednesday at Maj. Gen. Oketta's ancestral home in Pabo village, Gulu, starting at 10:00am.