Every couple would like to give birth to healthy babies but for a 29-year-old woman and a 35-year-old man their dream did not come true. 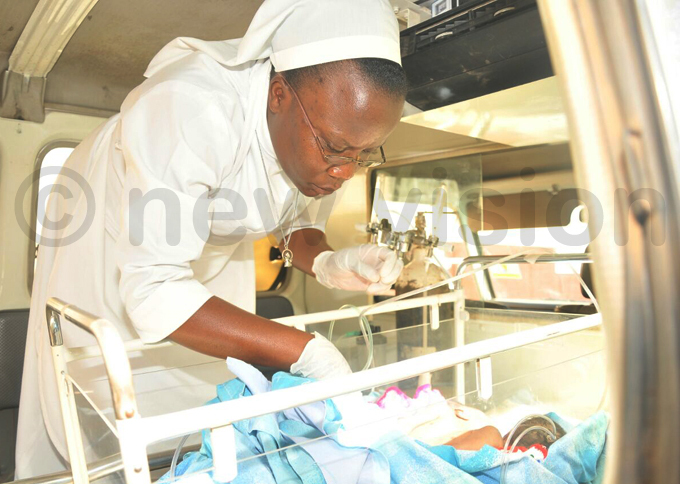 Sarah Aliyinza a mother of two and a resident of Kireka in Wakiso district delivered Siamese twins on Sunday night at Naggalama Health Centre.

Dr. Simon Otim, a gynaecologist said they carried out a caesarean section on Aliyinza who was referred to the hospital from Mukono Health Centre IV on Saturday night in critical condition.

Otim said by the time Aliyinza reached Mukono Health Centre, she was already experiencing labour pains but the nurses realized the babies were not in proper position hence her referral.

He said the babies have some complications since they are premature but their mother is now out of danger.

"The mother is stable now in the post operation period. She is able to walk and drink some tea. For her we have no worries now but for the babies they have complications," Otim said.

He revealed that the babies have a breathing problem adding that they are attached to each other from the chest to the umbilical cord on the abdomen. 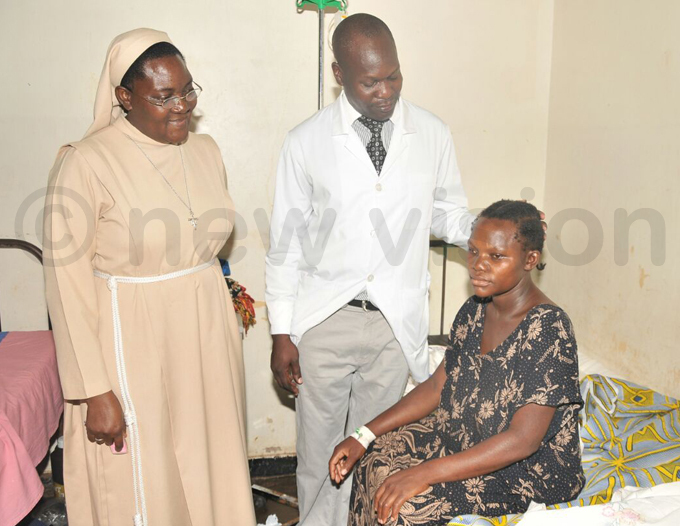 Sarah Aliyinza (R) the mother is out of danger.

"Since they are attached to each other, we do not know which other part they may be sharing. We have now referred them to Mulago National Referral Hospital for further treatment and management," he said.

Otim said Aliyinza's condition would be able to be noticed if she had gone through a scan in one of her antenatal visits.

"But during my second antenatal visit, the nurses asked me not to go back but instead look for a better advanced facility where I will be able to deliver from.

I started feeling labour pains on Saturday evening yet I was just making eight months. I packed my things and went to Mukono Health Centre IV; the nurse referred me there and then. She said the baby was facing upside down already coming out with legs first," she narrated. 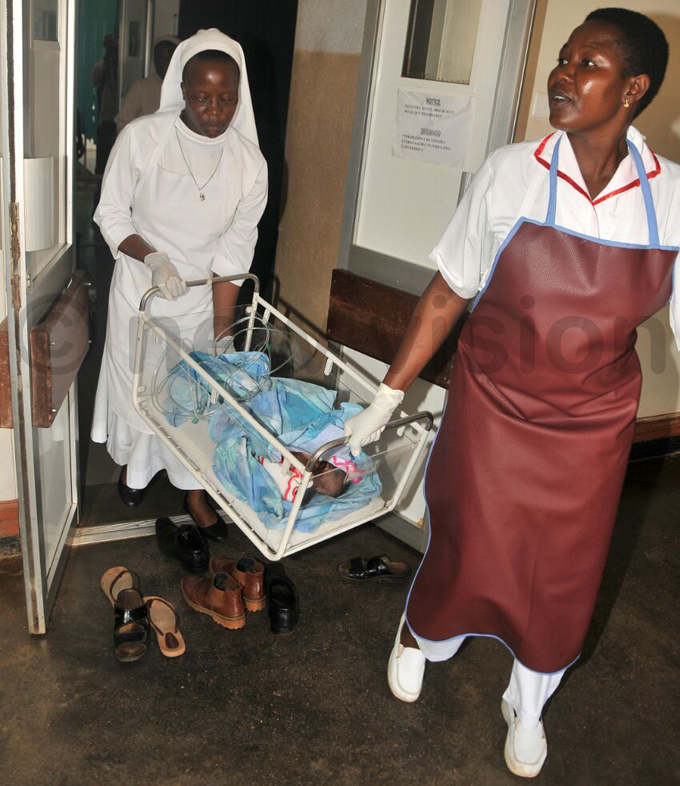 Paediatric experts at Mulago are now examining the twins to see whether they share body organs.

According to the grandmother of the twins Madina Naigwe, 48, at the moment the babies are on life support and admitted at Mulago's special care unit where critically ill new-borns are cared for.

Aliyinza's husband Ziyadi Mugoya expressed his shock at the developments saying he never expected her to deliver babies with defects. By press time paediatric experts examining the babies were reluctant to release any information.

Conjoined twins occur once in every 200,000 live births.

She said that many of the conjoined twins are not separable depending on how they are joined.

"One twin usually dies in order to save the other since they often share some organs, commonly the liver, diaphragm and the heart" she added.

In 2011 Siamese twins born in Kabale underwent a successful operation conducted by a team of doctors in Cairo and Ugandan paediatric experts.