Drones to be deployed in the hunt for poac...
Next Story

Kabaziguruka is accused of aiding UPDF soldiers in a plot to overthrow President Museveni’s government.

Kabaziguruka is accused of aiding UPDF soldiers in a plot to overthrow President Museveni’s government.

He was elected to represent Nakawa division, but for over five months since the 10th Parliament started, he has not set foot in the house, save for the day of swearing-in on May 16.

Faced with a treason case, incarcerated at Kigo Prisons, where he spent close to four months and being tried at the General Court Martial (GCM) based in the city suburbs of Makindye, Michael Kabaziguruka finally got a lease of life after High Court in Kampala granted him bail.

Meanwhile, Kabaziguruka retained his seat and continued receiving his salary. He only missed allowances for mileage.

Unlike other cases, his was a real battle, with the Director of Public Prosecution (DPP) declining to participate in his bail application on grounds that they do not handle cases arising from the army court. Kabaziguruka in the dock at the army court on September 27, 2016. (Credit: Peter Busomoke)

This prompted Justice Yasin Nyanzi to hear Kabaziguruka's bail application ex-parte (one party) and grant him bail. Ex-parte is an action in a legal proceeding brought about by one party, without the participation or presence of the other party.

Kabaziguruka is battling charges related to security and treachery (treason) before GCM, contrary to section 130 (1) (f) and 129(a) of the UPDF Act of 2005.

He is accused of plotting to overthrow the Government by use of arms. Treason and offences relating to security carry a maximum penalty of death upon conviction.

Prosecution alleges that Kabaziguruka, between February and June this year, at diverse places in Wakiso, Kampala and Luwero districts, with intent to prejudice the security or interests of Uganda, committed acts of treachery, infiltrated the UPDF and engaged himself in war-like activities against the Government.

In 2012, Kabaziguruka was also arrested and detained at Luzira prisons on charges of treason and being linked to shadowy revolutionary Forces for the liberation of Uganda. He was later acquitted by court for lack of evidence. 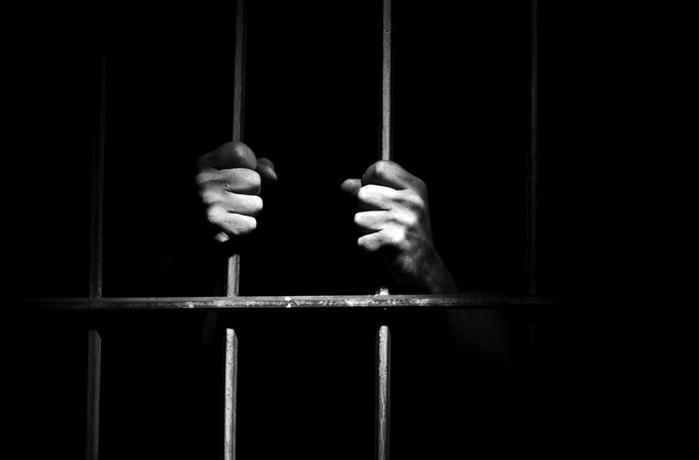 GENESIS OF THE CASE

On June 8, Kabaziguruka was arrested at about 6:30am by the Police, led by Senior Superintendant of Police (SSP) Ronald Bogere from his home at Luzira. He was detained at Special Investigations Unit, Kireka as the then Police Spokesperson, Fred Enanga, described it as a sensitive matter.

He was later released on Police bond, but he was supposed to report after every two days. This prompted opposition leaders, including Winnie Kizza, to condemn the act, saying it was in breach of law for the Inspector General of Police (IGP) to order the arrest of Kabaziguruka, without serving the Speaker with the summons.

In response, the Speaker, Rebecca Kadaga, ruled that she would handle the matter with the Vice President, Edward Ssekandi, to ensure that Kabaziguruka is either tried in court or released.

On June 28, Kabaziguruka was arraigned before the GCM, with 23 other soldiers and civilians, charged with service offences and remanded to Kigo Prisons. While at the GCM, Kabaziguruka declined to plead to the charges preferred against him on grounds that the army court has no powers to try him because he is a civilian. 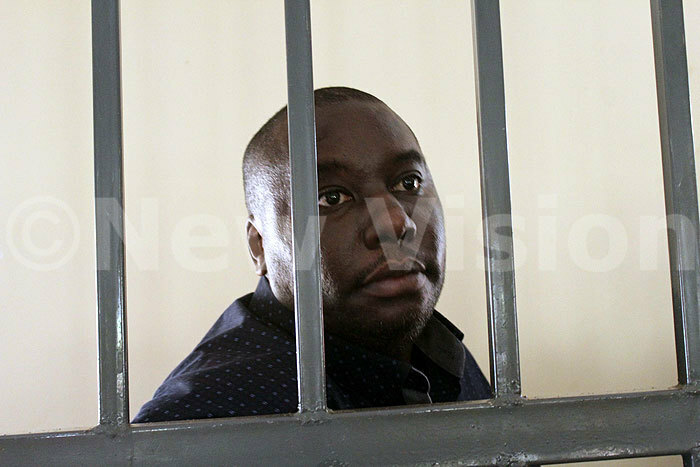 But the court invoked sections of the Penal Code Act (PCA) to enter a plea of not guilty against him.

On July 11, Kabaziguruka petitioned the High Court — Civil Division, seeking an order to halt his trial at the GCM and be unconditionally released from Kigo Prison. Kabaziguruka challenged his trial on grounds that his right to a free and fair trial will be curtailed at the GCM.

He argued that the court is not independent because it is subject to orders from President Museveni, the Commander-in-Chief. He also sought a court declaration that his trial is a violation of his constitutional right since he is not subject to military law.

However, on September 16, Justice Patricia Basaza ruled that Kabaziguruka is rightly charged before the army court under section 191 (1g) of the UPDF Act, which provides that any person, including civilians, shall be subject to military law in commission of service offences.

Justice Basaza added that unless the Act is repealed or invalidated by the Constitutional Court, the law demands that civilian suspects be subjected to military law if they are liable for aiding the serving of UPDF officers to commit service offences.

On the impartiality of the GCM, Basaza said the issue was fi led before a wrong court and advised Kabaziguruka to petition the Constitutional Court to determine the issue.

"You have a point on this issue, but you petitioned the wrong court. Since no lawyer from both sides asked court during submission to refer the issue to the Constitutional Court for interpretations, I will not do it," she said. 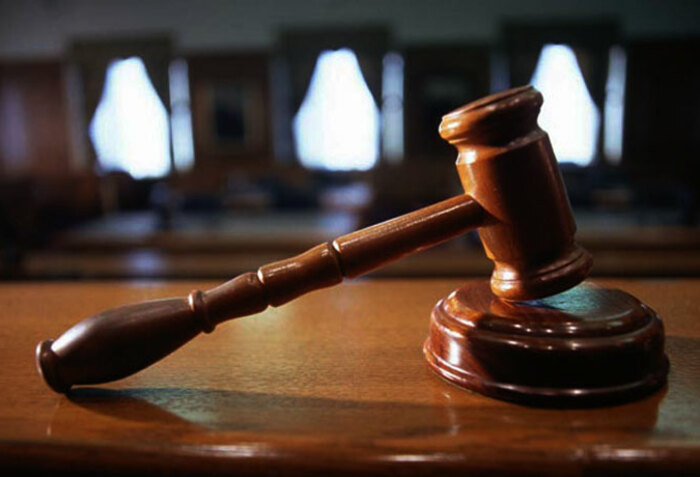 On September 21, Kabaziguruka appealed against the High Court ruling, which upheld his trial in the military court, despite him being a civilian.

In the notice fi led in the Court of Appeal, Kabaziguruka contends that Justice Basaza erred in law and fact when she found that the court martial had jurisdiction to try him. He says the Judge failed to exercise her jurisdiction under article 50 of the Constitution and, therefore, failed to find that he could not have a fair trial in the military court.

The legislator wants the Court of Appeal to quash Justice Basaza's ruling and order that his trial in the court martial is null and void. His appeal has not yet been fixed for hearing.

On September 23, Kabaziguruka applied for bail at High Court in Kampala, through his lawyer Ladislaus Rwakafuzi. The case was allocated to Justice Yasin Nyanzi. In his affidavit, Kabaziguruka informed court that he is contesting the charges preferred against him by GCM and that he fi led an appeal challenging the High Court's decision, which stated that he is rightfully before the GCM.

Kabaziguruka argued that he is innocent until proven guilty, adding that he will never abscond bail.

"I am a law abiding citizen, who is fully aware of my civil obligation under the Constitution and I will respect the conditions the court will impose for my bail and always be available when required until the case is completed," he contended.

Kabaziguruka said he was a family man, with a fixed place of abode in the city suburbs of Luzira and has substantial sureties. He added that it was fair, just and equitable that his application be allowed. He informed court that he was charged with treason in Nakawa court and has been on bail since January 11, and never absconded court.

On October 13, the hearing of Kabaziguruka's bail application failed to take off as it was anticipated at the High Court criminal division, after prosecution, led by senior state Prosecutor, Isaiah Wanamama Mics, told court that the DPP had instructed him not to proceed with the application.

He disclosed that the DPP was served with a bail application arising from GCM cases number UPDF/GCM/011/2016 and yet the law does not allow them to prosecute matters that arise from the army court.

Wanamama told the Judge that the DPP had written a letter, signed by Senior State Attorney Sherifah Nalwanga to the court registrar, stating that they will not engage in court martial cases. He cited Article 120(3) (b) of the Constitution, saying they are not empowered to handle criminal matters, which are a subject of the court martial in Uganda.

For that reason, he said they will not engage in the hearing of the bail application and suggested that court contracts the services of the military. He made his submissions before court, presided over by Justice Yasin Nyanzi.

Rwakafuzi objected to the state's submission, saying the application before the court was triable, with or without the prosecution.

"The contention of whether the DPP should not be a party in the case is a triable issue that needs to be resolved by court," he said.

However, since court declined to hear Kabaziguruka's bail ex-parte (one party), Rwakafuzi requested court to give a chance to GCM institutions and the DPP to decide who should appear in court on October 20.

"For the interest of justice of this matter, we would want to give chance to the prosecution department of the GCM, Attorney General and the DPP, to decide among themselves on who should appear or the application be heard without the prosecution," Rwakafuzi stated. 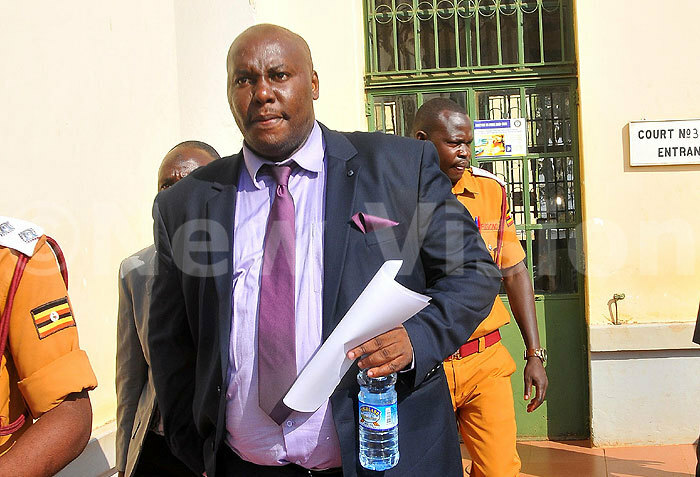 When the case came up for hearing on October 20, the DPP declined to make submissions on why they do not engage in court martial cases.

The Judge then asked those seated in the packed court, whether there was anybody representing the CGM, but no one stood up. This prompted the Judge to hear Kabaziguruka's bail application ex-parte (one party) and granted Kabaziguruka bail.

Justice Nyanzi granted Kabaziguruka bail with orders to deposit sh5m cash, in addition to executing a non-cash bond of sh10m before regaining his freedom.

In granting bail, the Judge considered that Kabaziguruka has a fixed place of abode in Luzira, two pieces of land in Mukono and Nansana, his presumption of innocence, having substantial sureties and the fact that no one opposed his release on bail.

Kabaziguruka was also prohibited from travelling outside the country without court's permission, where he is to report twice every fortnight, starting November 5. NYANZI CALLS FOR AMENDMENT OF LAW

Before delivering his ruling, Justice Nyanzi called on the Law Reform commission, Parliament and individual members, to make amendments in the law so that in future the DPP does not simply refuse to respond to matters before court.

"This is not the first time the DPP has refused to prosecute matters arising out of the army court. The same applied to Gen. Sejusa's case in February," the Judge noted.

On April 1, the head of Criminal division of the High Court in Kampala, Justice Wilson Masalu Musene, also granted the former co-ordinator of Intelligence Services, Gen. David Sejusa alias Tinyefuza, a non-cash bail of sh10m, after prosecution declined to oppose his bail, saying his case arises from the GCM.

"Why should court send the applicant back to Luzira when the constitution grants High court judicial powers in all matters? Even if there is no appeal or reference from the GCM, court cannot chase Sejusa from the temple of justice. I, therefore, grant him bail," Musene stated.

Sejusa was battling charges of absence without leave (AWOL), two offences of participating in political activities, insubordinate behaviour, as well as two counts of conduct prejudicial to good order and discipline expected from an army officer before the GCM.