Drones to be deployed in the hunt for poachers

As part of the new approach to minimize the increased poaching, government is considering to deploy drones and Global Positioning System (GPS) in all National Parks.

The Minister of Tourism, Wildlife and Antiquities, Prof. Ephraim Kamuntu said drones will easily help them track down the poachers and get the real culprits.

"We want to deploy drones in our parks to ease the tracking of these poachers. Government is very serious on the issue of poaching and we are committed to do everything to protect our natural resource for economic purposes and the future generations to see," he said.

"We are also working on putting up strong fences around parks to stop animals from attacking neighboring communities and to stop people from attacking animals.

Kamuntu said this while unveiling the Ishasha, Uganda Wild Run, at Uganda Media Centre on Thurday. 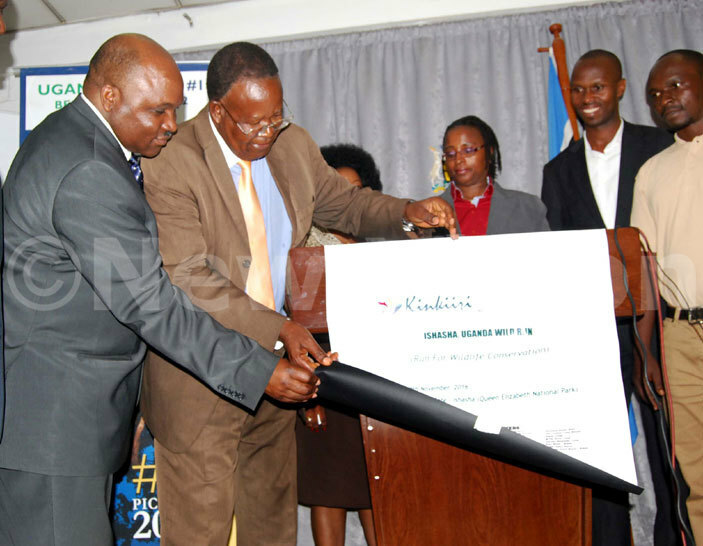 Kamuntu said the event is aimed at promoting wildlife conservation among communities and tourism in the country. "Uganda's tourism is nature based. People come here to see the Mt. gorillas in Bwindi, climbing Lions, source of the Nile and Mountains of the Moon among others. 20% of the proceeds remain in the communities," he noted.

Kamuntu added: "That is why we want to make sure that all these things are conserved because this sector is a big source of employment and brings in more foreign exchange compared to other sectors," he added.

"The industry fetches about $1.5bn. That's why we are considering all options to stop the habit of poaching because we shall end up losing out if these animals are killed. We want to attract more foreign and locals tourists," he said.

Adjusting to the new normal amidst COVID-19