Am not lavish but a lobbyist
Next Story

I would really want us to keep it that way. Losing a year when the university has been closed is not easy.

I would really want us to keep it that way. Losing a year when the university has been closed is not easy.

The Inspector General of Police Gen. Kale Kayihura has cautioned students from engaging in strikes urging them to use the right tactics and strategy during demonstrations. Kayihura noted that some students had taken advantage of strikes to unleash unnecessary terror which included looting and torching down vehicles and property which was not necessary.

Kayihura was speaking at a function that was organised by the Makerere University student's guild speaker under two themes; Accountable and result oriented leadership where he was key speaker and Art of Financial freedom whose guest speaker was Gen. Salim Saleh the head of Operation Wealth creation represented by a team from Operation Wealth Creation. Other universities were also represented at the function at the Makerere main hall.

Kayihura said that he was happy that during his tenure as IGP, the university had only closed once. "I would really want us to keep it that way. Losing a year when the university has been closed is not easy. Let us ensure stability of the academic calendar," he noted.

Kayihura said university was the pinnacle of every student's academic journey that every student wanted to finish and then get employed. "If it's a three year course you wouldn't want to do it in four years," Kayihura noted.

Kayihura also noted that the fact that a crisis was happening at the university was a symptom that there was a leadership vacuum. "I am not indicting anybody but if there is a crisis, there must be leadership," Kayihura added.

Speaking at the same function, the Makerere Guild President Roy Ssemboga announced plans by the students to construct a wall around the University in partnership with the administration and other partners.

Ssemboga said the biggest challenge the university faced was lack of funds and the administration was only relying on fees from students and additional government funding. 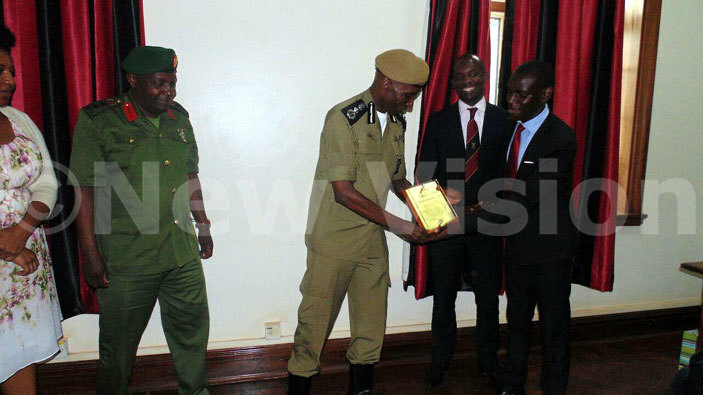 He revealed that the university was capable of raising funds through the construction of a wall that would have shopping malls, upgrading of the Makerere guest house in order to make it a five star hotel to save funds that are used to accommodate guests and also proper utilization of the printing press among others to generate income.

"The Makerere University wall has become a song and it's now called the Makerere great wall but the 82nd guild has zeroed down a project that must see the university get a wall this time around. It must be constructed by our students and we want to prove that we have a capable workforce. The wall will boost the security around the university especially at the time when we are prone to attacks from terrorists like what happened at the Garissa University in Kenya," Ssemboga said.

Ssemboga also said that even though Makerere was on 365 acreage of land, some parts had already been encroached upon and it was for this reason that the students guild in partnership with students from the faculty of Architecture had come up with a state of art design that was better than what Kampala Capital City Authority had presented.

"Ours is a wall that will generate income and jobs through setting of malls, advertisement spots, and the students of electrical engineering have designed solar powered lights that were cost effective and did not need monitoring once they are installed," he added.
He said their budget for the wall was shs. 4.6 billion.

In 2007, Makerere University attempted to erect a perimeter wall fence and mid-way the construction, the wall collapsed. The Shs6 billion wall constructions was halted as top administrators accused the university's estates department for having done shoddy work that led to collapse of the wall after a hailstorm.

In May 2015, President Yoweri Museveni who had paid a courtesy call on the Vice Chancellor, Prof. John Ddumba-Ssentamu reiterated the commitment of Government to funding the Makerere University Perimeter Wall.

"The Vice Chancellor has told me that we need 5billion shillings to build the fence. This matter keeps coming up. I will follow up this issue of the perimeter wall with the Ministry of Education, Science Technology and Sports so that we solve the problem of the perimeter wall. We need a secure university," emphasized the Head of State amidst applause from the audience. 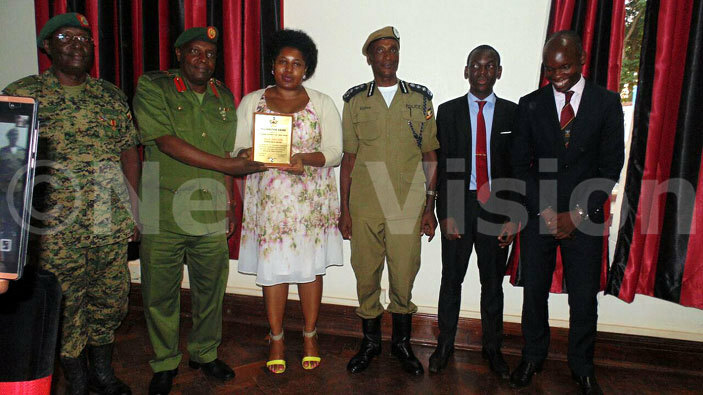 Ssemboga thanked the IGP Gen. Kale Kayihura for intervening when 15 students' leaders were suspended last week. He also thanked Kayihura for taking off time to meet the striking lecturers.

Kayihura thanked the students for maintaining a proper working relationship with the Police. He commended the student's guild on the idea of building up a wall and also invited the same team that had carried out the design of the wall to come over and partner with police in designing a wall for the police headquarters in Naguru.

He promised to support the students in the construction of the wall and commended the guild students for finally coming with a budget for it. "Uganda is actually a very rich country but the problem is deficit of leadership. I have seen so many talk about constructing this wall but nobody costed it and I want to thank you for this," Kayihura said amidst a loud applause from the students.

Kayihura revealed that the police had partnered up with the different departments and faculties in the university which included the design and construction of the Nateete Police station by Faculty of Technology.

Established the information center in partnership with the Faculty of Information and Technology, but had been disappointed. "We want to give this money but not donate it to vendors from China or abroad," Kayihura further said.

Kayihura also revealed that he had partnered with the crime Preventers using the revolutionary approach to construct 1020 apartments for policemen in Naguru and that the partnership had lowered the cost of construction from $800 to $300 dollars per square meter.

He said that the police had recently recruited 120 engineers and that this would help in the construction programme.

He was grateful that the language at the university was now changing and that he was now seeing patriotic young leaders who were committed to a better future.

He warned the students against being misled by some opportunists who came to the University to recruit them maintaining that the country was at its best moment now.

"Government has consolidated the state, the country is under constitutionalism and rule of law and that is the legacy we have bequeathed you," he said.

"Uganda had the potential of becoming a failed state and a market for peacekeepers and at worst we would have been like Somalia or at best Congo. As we speak now, there is no part of Uganda that is under war. Even Karamoja that was ungovernable is now under the central Government," Kayihura said.

Kayihura warned the students not to take for granted what the country had gained and the task for leadership was to consolidate the gains.

The students later awarded Kayihura, Saleh and Police officers attached to Makerere police post with plaques in recognition of their top service.

Mukono elderly want a share of the elderly grant