MENU
Museveni to use bicycle for personal transport
Previous Story

Start your own businesses graduands advised
Next Story

Iraq forces launch operation to cut Mosul off from Syria

Though it was not mentioned by name, the operation may also pass near the ruins of Nimrud, another archaeological site

Though it was not mentioned by name, the operation may also pass near the ruins of Nimrud, another archaeological site

Forces from the Hashed al-Shaabi, a paramilitary umbrella organisation dominated by Iran-backed Shiite militias, have largely been on the sidelines since the launch of the operation to retake Mosul.

But on Saturday, they began a push on the town of Tal Afar on the western approach to the city, the only side where ground forces, which have advanced from the north, east and south, are not yet deployed.

"The operation aims to cut supplies between Mosul and Raqa and tighten the siege of (IS) in Mosul and liberate Tal Afar," Hashed spokesman Ahmed al-Assadi told AFP, referring to IS's main stronghold in Syria.

Assadi said the operation was launched from the Sin al-Dhaban area south of Mosul and aimed to retake the towns of Hatra and Tal Abta as well as Tal Afar.

The drive toward Tal Afar could bring the fighting perilously close to the ancient city of Hatra, a UNESCO world heritage site that has already been vandalised by IS.

Though it was not mentioned by name, the operation may also pass near the ruins of Nimrud, another archaeological site that has previously been attacked by IS. 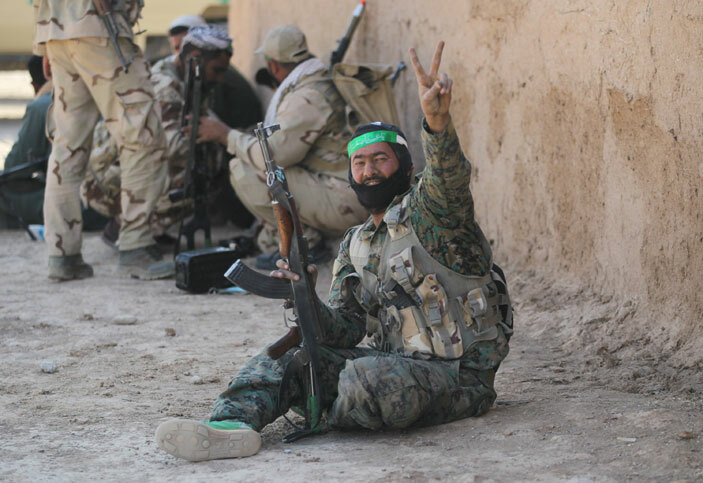 The involvement of Shiite militias in the Mosul operation has been a source of contention, although some of the Hashed's top commanders insist that do not plan to enter the largely Sunni city.

Iraqi Kurds and Sunni Arab politicians have opposed their involvement, as has Turkey which has a military presence east of Mosul, despite repeated demands by Baghdad for the forces to be withdrawn.

Relations between the Hashed and the US-led coalition fighting IS are also tense, but the paramilitaries enjoy widespread support among members of Iraq's Shiite majority.

Tal Afar was a Shiite-majority town of mostly ethnic Turkmens before the Sunni extremists of IS overran it in 2014, and its recapture is a main goal of Shiite militia forces.

As the Hashed push on Tal Afar got under way, Iraqi forces battled IS in Al-Shura, an area south of Mosul with a long history as a militant bastion that has been the target of fighting for more than a week.

Iraq's Joint Operations Command later announced "the complete liberation of Al-Shura area", saying that security forces advancing from four different sides had now linked up in the area.
The offensive operations came despite an assertion from the US-led coalition on Friday that Iraqi forces were temporarily halting their advance on Mosul for a period expected to last "a couple days".

"They are pausing and repositioning, refitting and doing some back clearing," coalition spokesman Colonel John Dorrian told Pentagon reporters via videoconference.

An Iraqi military statement, apparently issued in response to Dorrian's remarks on the halt, said that "military operations are continuing" and proceeding on schedule.

More than 17,500 people have fled their homes toward government-held areas since the Mosul operation began, the International Organization for Migration said on Saturday.

Numbers are expected to soar as Iraqi forces close in. 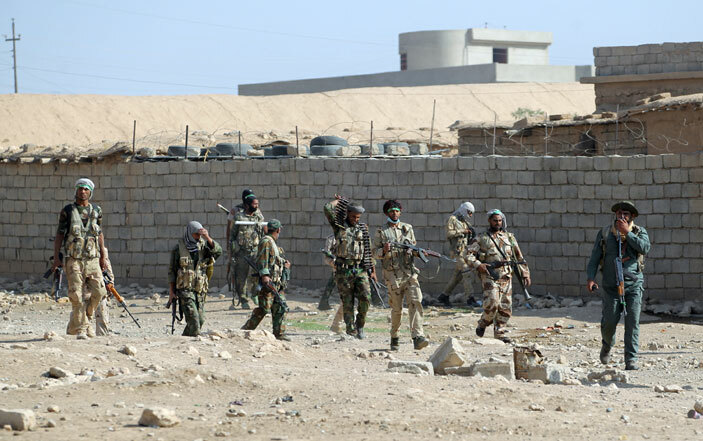 Civilians are suffering even more in jihadist-held territory, with the United Nations saying that there are credible reports of IS carrying out mass executions and seizing tens of thousands of people for use as human shields.

IS's "depraved, cowardly strategy is to attempt to use the presence of civilians to render certain points, areas or military forces immune from military operations", UN High Commissioner for Human Rights Zeid Ra'ad Al Hussein said in a statement.

The jihadists are "effectively using tens of thousands of women, men and children as human shields", he said.

The UN cited reports indicating IS has forcibly taken civilians into Mosul, killing those who resist or who were previously members of Iraqi security forces.

It said more than 250 people were executed in just two days earlier this week.

The jihadists have also launched a series of diversionary attacks since the operation began, including one in the city of Kirkuk that sparked multiple days of fighting and left dozens dead.
Officials said on Saturday that another such diversion, this time in the Ramadi area, west of Baghdad, had been foiled and 11 people arrested.

And in Baghdad, IS claimed a suicide bombing targeting Shiite Muslims that killed at least four people and wounded more than 15 on Saturday morning.