Three residents of Rwesambya village in Keihangara sub-county, Ibanda district are nursing injuries and one of them admitted at Ibanda Kagongo hospital after they were attacked by a stray buffalo.

Local leaders and residents in Keihangara called the Ibanda Field Force Unit at the Police station, that arrived immediately and shoot it and later residents feasted on its meat.

The buffalo is believed to have escaped from Lake Mburo National Park and it passed through Kiruhura district to Ibanda according to the Ibanda District Police Commander Dennis Ochama. 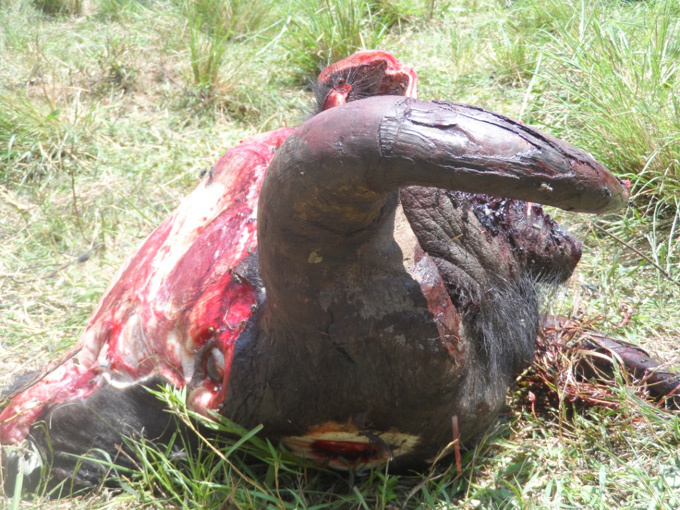 Police efforts to try to deter residents from sharing the meat were met with stiff resistance as more than 400 residents scrambled for pieces.

The Uganda Wild life Authority spokesperson Jossy Muhangi promised to inform the management of Lake Mburo to establish where the beast came from.

"We don't fence our gazetted areas, so it is possible for the animal to escape, but we shall definitely find out the cause and prevent similar incidents in the future" Muhangi said.

He also promised to contact Lake mburo Management to find a way of helping out the injured with hospital bills.