Three lecturers and 15 students were detained

Three lecturers and 15 students were detained

The Police in Kabale on Friday arrested 15 students and three lecturers of Kabale University over a strike. 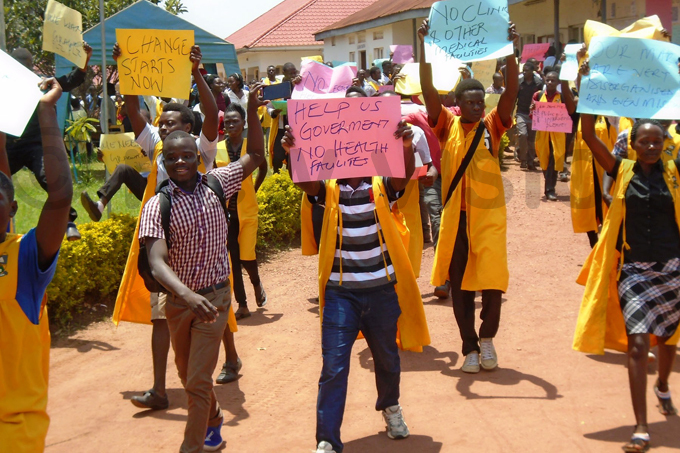 The strike which occurred at the Kikungiri based university in Kabale municipality saw students close down some of the offices and structures at the university including the guild office, vice chancellor's office and the university library.

According to the Kigezi Regional Police spokesperson, Elly Maate, the strike started at around 12pm in what seemed to be a peaceful manner.

It ceased to be when Police identified some students with dangerous tools like knives prompting them to fire teargas and rubber bullets to calm the situation.

Students later marched from the campus to the Resident District Commissioner's office in Makanga where they were addressed by the deputy RDC, Dennis Nzeirwe. 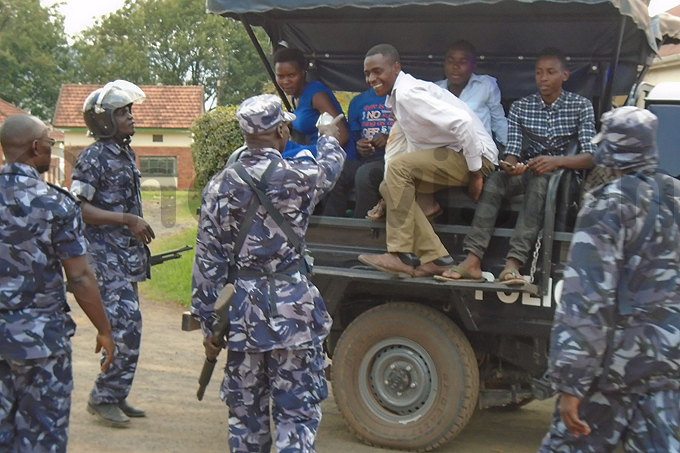 Efforts by Nzeirwe to cool them were in vain as the angry students could not listen to his call for calmness.

This prompted Police commanded by Dickens Bindeeba, the District Police Commander to disperse the angry students out of the Kabale district headquarters.

In the ensuing scuffle, three lecturers namely Emmanuel Nkundizana, the KUASA chairperson, Annet Atusiime and Aidah Sunday were arrested alongside 15 students for inciting others in the protest. 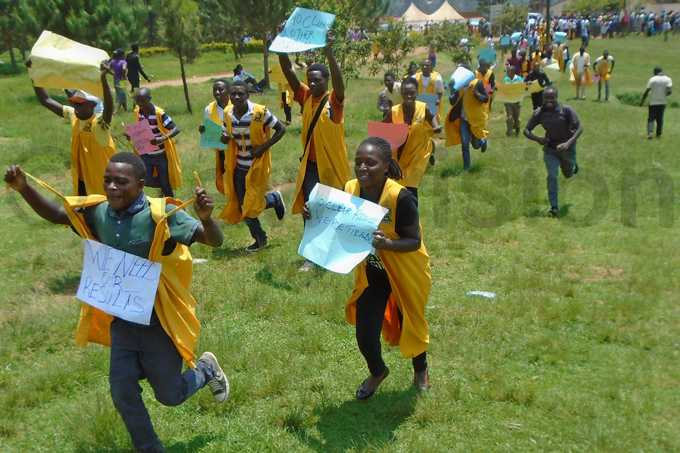 "We are investigating them and we shall charge them with illegal procession and other related charges after," said Maate.

Students are protesting against the one month period of no lectures since the semester commenced on 15th September, 2016.

John Bosco Mujuni, the Guild President said that on top of the delayed lectures, they are also tired of living in dangerous health conditions due to the limited availability of latrines at the university.

He said that they are also battling with unavailability of medical services at the university as the clinic has been closed since the beginning of the semester.

Nicholas Byonanebye Kamuntu, the chairperson Human Rights Club at Kabale University said they are concerned about the 50% they pay every semester before registration which has not yielded any results yet. 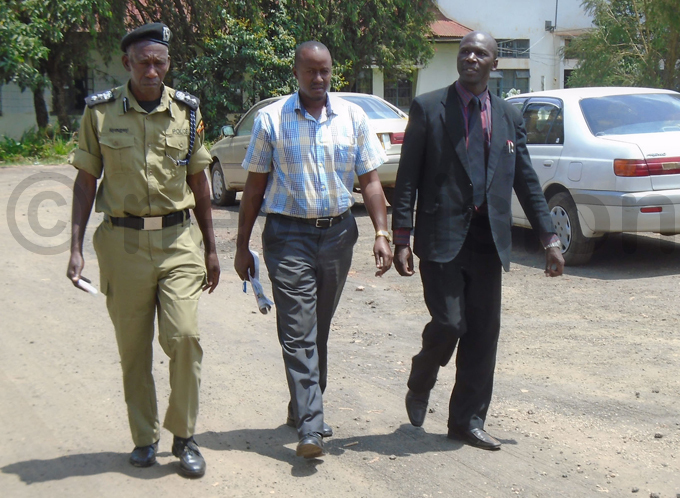 Students also allege that they have never been supervised in their relevant trainings which they had during holidays and results for last semester's exams have not yet been released.

The striking students were joined by some of the university staff who have been demanding salaries for the last eight months.

"We are not satisfied as well with the situation around us. We have not had our salaries, our appointments to the public university have been marked with irregularities and thus we are not motivated to teach," said Emmanuel Nkundizana, the Academic Staff Association chairperson. Dennis Nzeirwe, the Kabale deputy RDC described the conflict at Kabale University as a tense one since it included both students and staff members.

"We have been engaging the University administrators to find out how best we can address the challenges there in but Friday's strike was a blow to our efforts. We shall forward the complaints of these students and staff to the University Council and the relevant ministries to find a way forward," said Nzeirwe.

Efforts to get comment from the university administrators were in vain since most of them were away from the campus.