Vipers' Nkuubi keen to return to starting XI
Next Story

Uganda Martyr's University (UMU) advanced to the semi-finals of the University League after a 2-2 draw against Uganda Christian University (UCU) on Thursday.

UMU progressed by means of the away goals rule, having drawn 1-1 in the first leg in Nkozi.

This is the third time UMU is dumping UCU out of the competition at this stage.

In Thursday's last-eight tie, the visitors were off to a strong start in the opening 15 minutes, fashioning a series of counter-attacks that forced UCU to defend in droves. 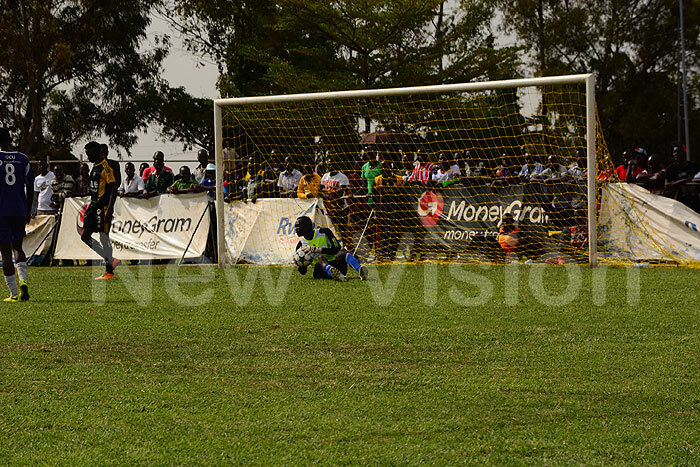 Mid-way into the first half, Owoli got nifty with his feet in the wake of a host of defenders to plant the ball in the back of the net to give UMU a deserved lead.

But the hosts leveled matters through Kirathe after the UMU defenders failed to deal with the ball in the area.

And five minutes before the break, UCU took the lead for the first time in the game when Kigozi converted his penalty after teammate Joshua Aziku was brought down in the box. 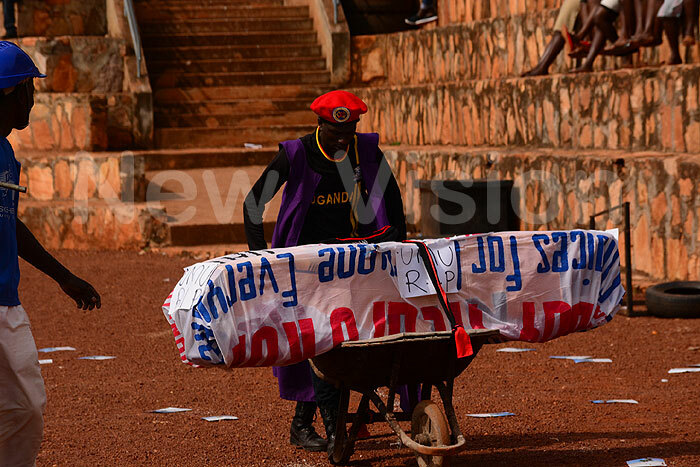 Before his side conceded the leveler, this home fan thought that UCU was on course to victory and wheeled this mock coffin to signal to the travelling camp that they were finished. (Credit: Fred Kyambadde) 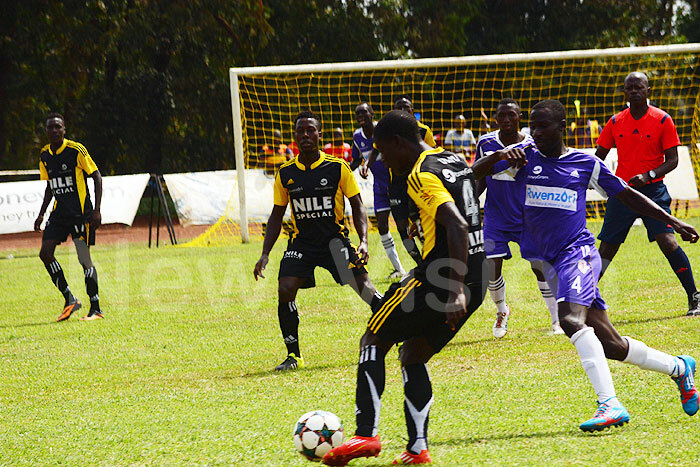 It took thirty minutes into the second half for the other Owoli brother to equalize and put UMU in command.

The UCU goalkeeper failed to punch the ball out of danger to allow Jacob to tap home for the leveler.

From then on, it was the hosts trying to come back in the game but credit to UMU: they defended in numbers to keep their ship afloat.

NEWS PODCAST in the PM - Nov 26 Mayambala apologizes to supporters in Kabarole, Ntoroko and Bundibudyo for missing appointment