The army picked interest following the alleged involvement of its officers

The army picked interest following the alleged involvement of its officers

After allegations that some Uganda People's Defense Forces (UPDF) officers were involved in plundering of Zoka Central Forest Reserve, the army has started independent investigations into the matter.

The independent probe headed by the 4th Division commander, Brig. Muhanga Kayanja is to establish facts and identify the real culprits behind the destruction of the forest for timber to face the law.

Early this month, the Adjumani Residential District Commissioner (RDC), Agnes Akello Ebong and the district chairman, James Leku, claimed those involved in illegal lumbering were soldiers, who are armed and using military trucks to transport the timber.

Akello said her intelligence team managed to follow one of the trucks used in carrying timber up to Pabo army detach in Amuru district, and even took photos.

Olweny said they cannot deny or accept that some officers are involved in the illegal lumbering at the forest.

"Those found involved will face the Military Court Martial individually. As UPDF, we do not condone destruction of the forest," he added.

Leku said they cannot do anything to protect the forest because those involved are armed.

He also attributed the problem of the increasing depletion of the forest to border conflict between the two districts of Adjumani and Amuru. 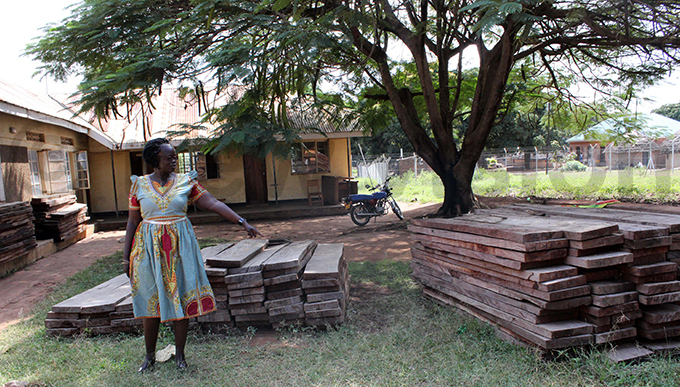 Adjumani RDC, Agnes Akello Ebong shows some of the impounded timber at her office. Photo by Jeff Lule

"The most affected part is on the southern part of River Zoka which Amuru claims to be in their district. That is where lumbering, settlement and cultivation is taking place," Leku noted.

The National Forestry Authority (NFA) spokesperson, Gilbert Kadilo said it is a good gesture that the army has come out to investigate the matter.

"This is going to help us know those behind the illegal activities than depending on speculations," he added.

He said NFA had also instituted a district task force constituting of the RDC, DISO, CAO, district chairman, NFA officials and Uganda Wildlife Authority among others to handle the matter.

Kadilo said the Criminal Investigations and Intelligence Department (CIID) is also carrying out parallel investigations into the matter. 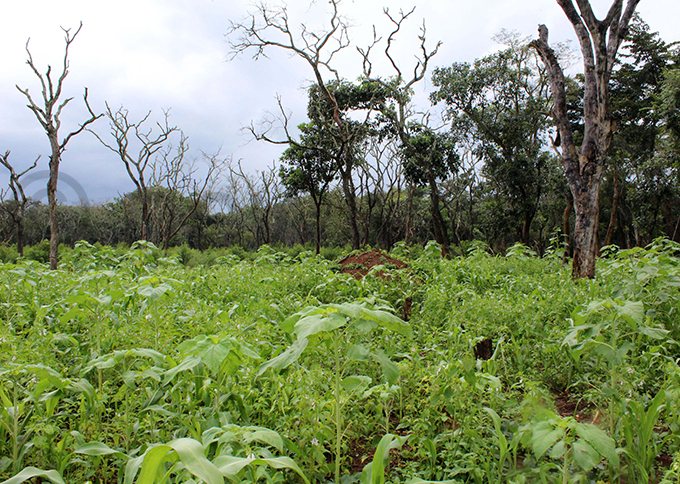 A cultivated area in Zoka Forest. The forest has been cleared for cultivation and settlement.

Some parts of the forest have also been cleared for cultivation and settlement.

When contacted, Michael Lakony, the Amuru district chairman confirmed the illegal destruction of Zoka Forest but could not verify whether it was UPDF officers.

Zoka Forest Reserve sits on 6,700 hectares. It hosts hard wood tree species including mahogany and muvule, River Zoka which pours into River Nile and East Madi Wildlife Reserve among others.

It is the only tropical forest in Northern Uganda.