Fr. Scalabrini was a pillar of development - Museveni

In the condolence message to the family and Catholic Church community in the Northern Uganda and Kampala, Museveni said Fr. Scalabrini loved and cared for humanity.

In the condolence message to the family and Catholic Church community in the Northern Uganda and Kampala, Museveni said Fr. Scalabrini loved and cared for humanity.

President Yoweri Museveni has described the late Rev. Fr. John Scalabrini as the pillar of development in Uganda who promoted education and health care among the poor, needy and the vulnerable.

In the condolence message to the family and the Catholic Church community in the Northern Uganda and Kampala, Museveni on Friday said Fr. Scalabrini loved and cared for humanity.

"As a missionary, he will be remembered for changing peoples' lives spiritually, through education, provision of affordable medical care among others.
This surely shows that the fallen man of God has been instrumental in shaping the future of this country," Museveni said in a message read by the Vice President Edward Sekandi during a requiem mass at St. James Catholic Parish Bbinna in Nakawa division.

Museveni said Fr. Scalabrini had been instrumental in the development of Acholi and Nakawa division, especially educational infrastructure and other development projects.

The clerical philanthropist, 83, passed away on Tuesday at St Francis Hospital, Nsambya in Kampala, where he was admitted a week before. He had been battling cancer of the bones for the last five years. 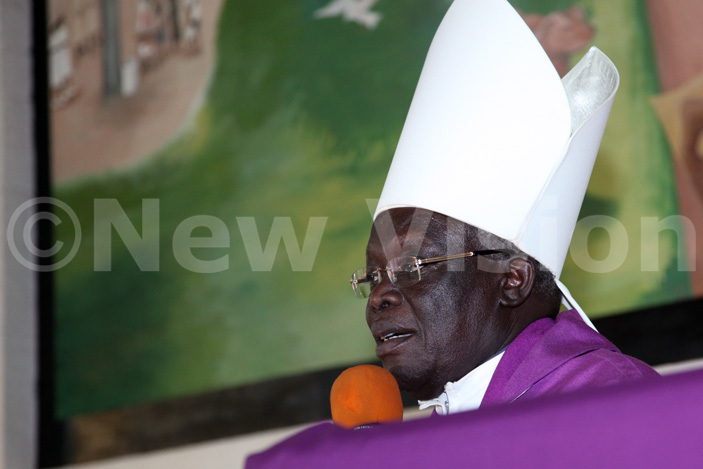 Fr. Scalabrini, a benefactor of hundreds of needy children founded several kindergartens, schools and colleges, including Bishop Cipriano SSS in Kampala and Bishop Cipriano Kihangire Primary School and also a number of medical centres both in Uganda and Italy.

Thousands of mourners from all walks of life thronged St. James Catholic Parish to bid farewell to their beloved Italian humanitarian who wished to be buried in Uganda.

In his homily, the main celebrant, the Arch bishop of Gulu, John Baptist Odama described the late clergy as a man of faith, hope and love adding that he had served his call. 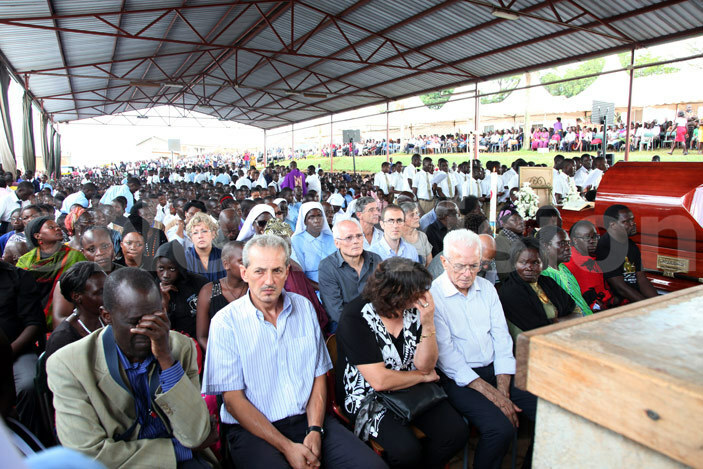 Some of the mourners at Fr. John Scalabrini's requiem mass

Quoting the scriptures, Odama said: " For I was hungry and you gave me something to eat, I was thirsty and you gave me something to drink, I was a stranger and you invited me in, 36 I needed clothes and you clothed me, I was sick and you looked after me, I was in prison and you came to visit me.'
"Then the righteous will answer him, ‘Lord, when did we see you hungry and feed you, or thirsty and give you something to drink? 38 When did we see you a stranger and invite you in, or needing clothes and clothe you?  When did we see you sick or in prison and go to visit you?'
"The King will reply, ‘Truly I tell you, whatever you did for one of the least of these brothers and sisters of mine, you did for me."
He added that Fr. Scalabrini struggled all his life to uplift the lives of the poor, needy and the disadvantaged.

"John brought joy to sad faces, instilled hope to the hopeless and most of all he changed lives of the poor," Odama said.

Antonio Pritz who was a longtime friend and partner of Fr. Scalabrini described the fallen clergy as a man who loved development as he started the extraction of cooking oil from sim sim in the northern region.

The family represented by Dr. Michael Ochan Kilama pledged to uphold the deceased's legacy and also support his activities in the country.

"Not even the book is enough to describe what you accomplished in Italy and Uganda. You put smiles on many faces, brought life to many; you taught us the true meaning of love. You taught us to give and help the poor. We pledge to continue from where you stop. Goodbye father," he said.

"He was a strict disciplinarian. He was tough on us because he wanted the best for us," Prince Yubu Onyong, a senior six student at Bishop Cipriano SSS. 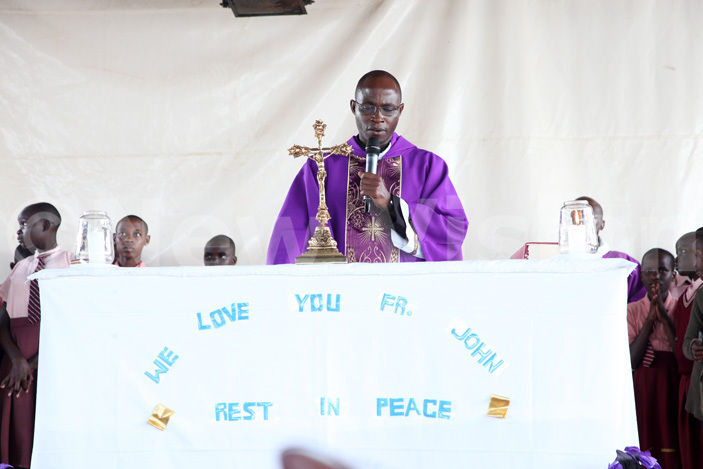 Justice of court of appeal and constitutional court, Remy Kasule appealed to residents of Nakawa division to respect the progress, property and others things that belonged to the deceased.

"In many areas, when a person like Fr. Scalabrini dies, the locals tend to encroach on their land. Please don't take what's not belonging to you," he said.

He also suggested that the church and the foundation that oversees Fr. Scalabrini property set up a fund that would maintain what the clergy has left. 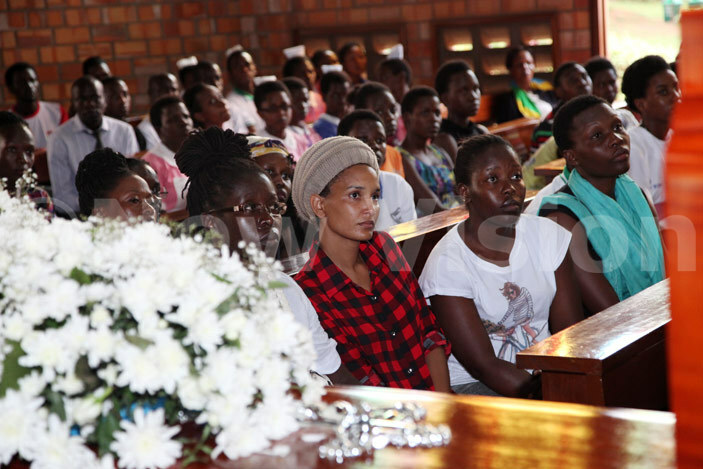 Currently a total of 1002 students are benefiting from the sponsorship of the late Fr. Scalabrini.

He has lived in Uganda since 1964, spending 26 of those years among the Acholi and also 26 in Kampala arch diocese.

He had been battling cancer of the bone for the last five years.

Fr. Scalabrini will be remembered for founding kindergartens, schools and colleges.

In 1969 Fr. Scalabrini became a priest upon the urgings of Bishop Cyprian Kihangire of Gulu, in whose memory he built Bishop Cipriano Kihangire Primary School in Kitintale and Bishop Cipriano SSS in Luzira, a Kampala city suburb.

Cranes players to receive $10,000 each for qualification