The ruling National Resistance Movement (NRM) has won eight of the 10 executive committee slots in the Parliamentary Buganda Caucus, in a controversial election which had been postponed twice.

Members of the caucus on Friday during their annual general assembly held at Ridar hotel in Seeta, Mukono district, among others elected Johnson Muyanja Ssenyonga, the Mukono South MP as their chairperson. 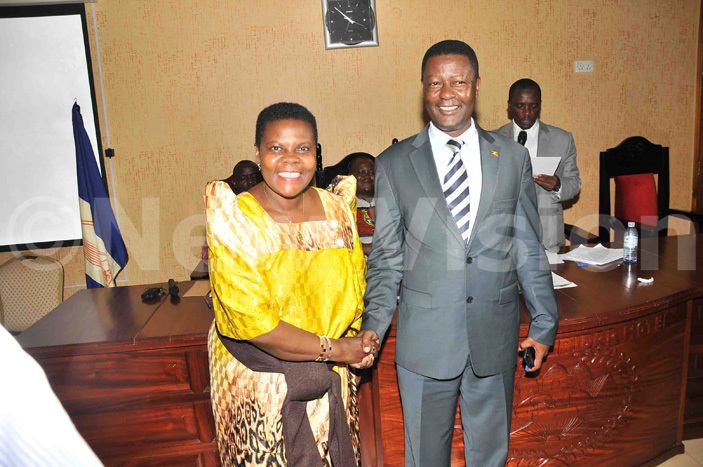 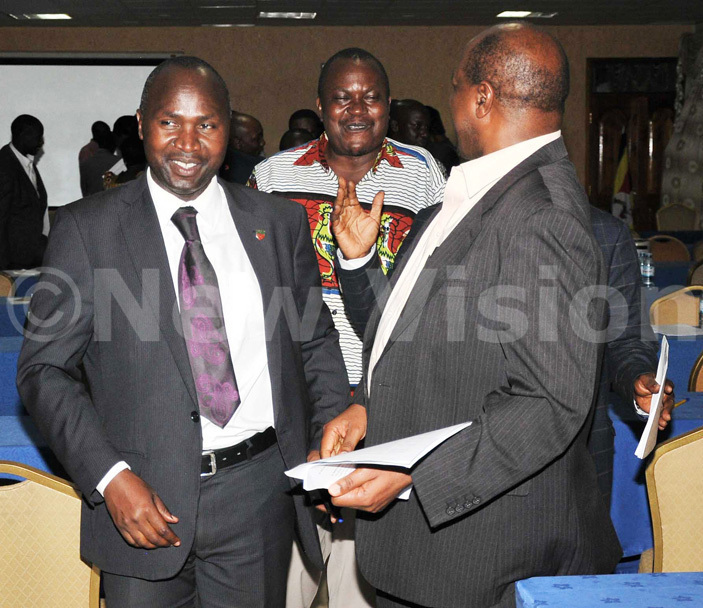 The position of chairperson of this grouping has always been seen as a springboard to a cabinet position and the opposition had wanted to wrestle it from the NRM.

The other competitor for position was Kabula county MP James Kakooza who stood down during nominations in favor of Ssekikubo while Mukono Municipality's Betty Nambooze pulled out of the race a week earlier citing health complications, desire for a more united caucus and parliamentary work load. 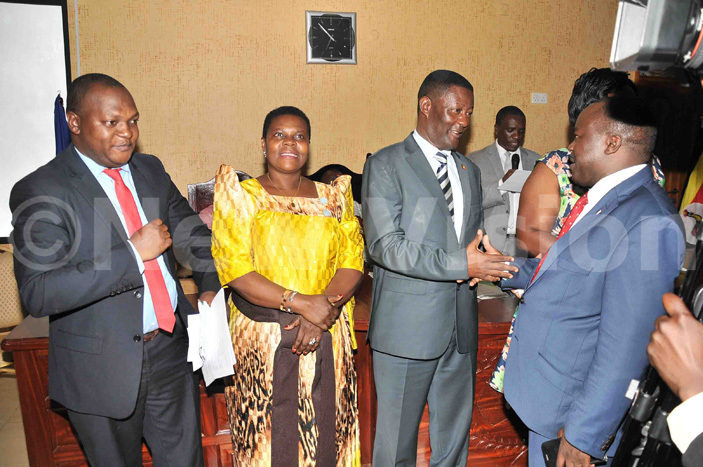 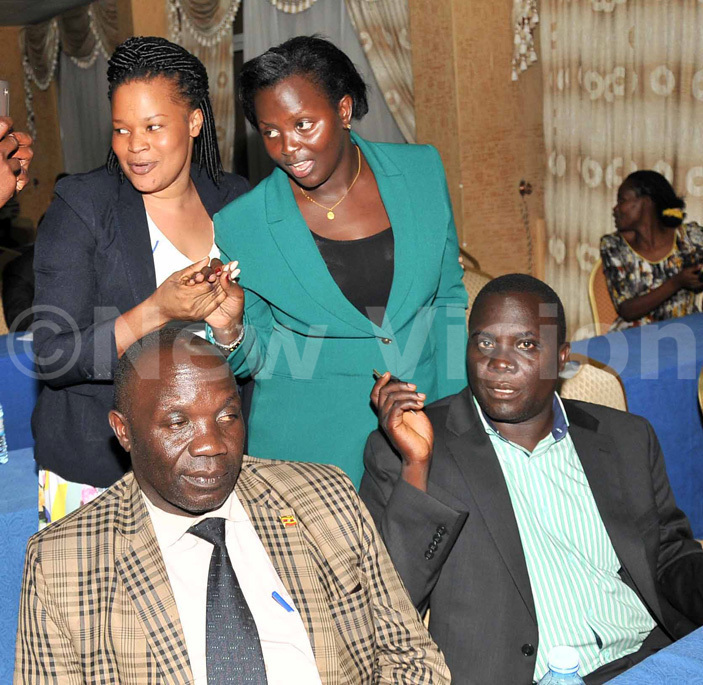 The Buganda Caucus in the 10th parliament has on two occasions (June and July) tried to hold the elections but both attempts flopped which prompted the lawmakers to appoint an interim executive headed by Mathias Mpuuga the Masaka Municipality MP to organize fresh polls and draft a constitution. Officiating at the meeting, the Buganda Kingdom's attorney general, David Mpanga tasked the MP's to largely center  their leadership on Buganda's aspirations and endeavor to always make researched and informed decisions. 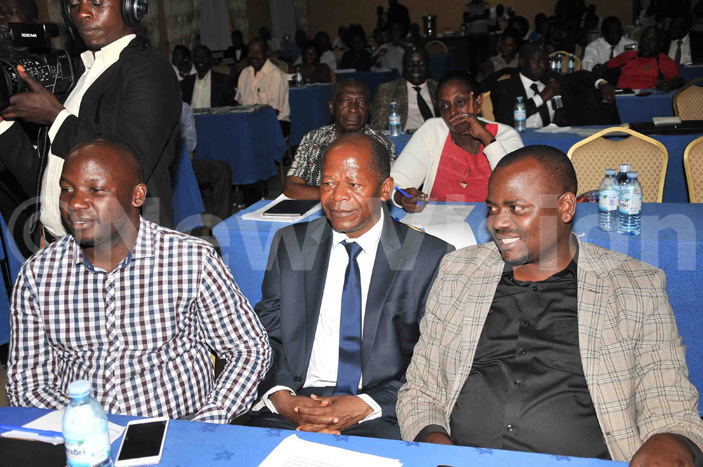 "Buganda is not a geographical expression but a nation with a Kabaka as its head and heart, its people, their social and economic well being, values, norms and culture and defending these through means like fighting for the right to self determination, are our aspirations and they should be your guiding principles," Mpanga said.

Mpanga also urged the MPs to master the art of specialization while carrying out their duties and dividing the caucus into sub groups to ease execution of tasks. 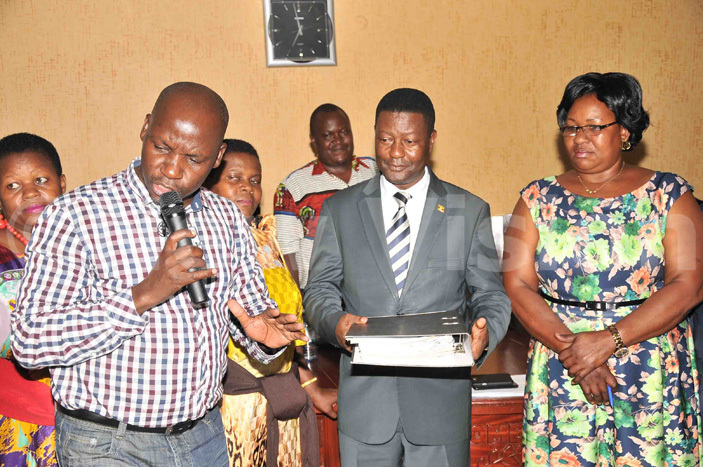 The two-day meeting that convened on Thursday night adopted a constitution for the caucus that was formed in 1998, to among others streamline their mode of operations and clear the leadership confusion that has hovered around the institution for a significant part of its life time.

The debate ahead of adopting the constitution was very smooth except for three contentious clauses that a reliable source says threatened to bring the assembly to a halt.

On cessation of membership, article 7(c), which says one, loses membership upon denouncing the Kabaka of Buganda and (e) when one conducts him/her self in a manner deemed detrimental to the vision and aspirations of the caucus and the kingdom. 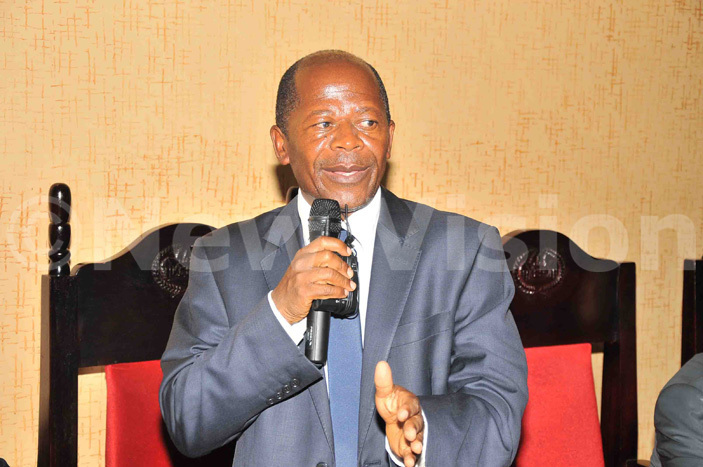 Minister Muyingo speaks to the Buganda caucus members after the election.

Although the clauses were stayed, members opposed to them reportedly argued that they portrayed the caucus as extreme yet it (caucus) is largely founded on Buganda's geographical boundaries than the kingdom its self.

However, speaking to Saturday Vision  on the sidelines of the meeting, Butambala county MP Muwanga Kivumbi said that although the penalty was loosened, the clause was stayed because it was in the best interest of the caucus to defend the Kabaka and the kingdom against attacks.

"The members after a very heated discussion agreed that having a caucus with members that undermine the Kabaka makes it irrelevant. We have no business caucusing if we don't have common interests besides geographical boundaries," Kivumbi explained.

Nakaseke south MP Luttamaguzi Ssemakula said, "it was useless scrapping the clause under the guise of geographical boundaries yet the Buganda region has MPs like Sam Kuteesa and Ronald Kibule who have never expressed any interest in the caucus."

Kyankwanzi district woman representative and government chief whip, Ruth Nankabirwa pointed out that in as much as some members felt like it was not necessary creating the position of secretary cabinet affairs as a conduit with the central government they will appreciate that aligning caucus interests with government planning and budgeting is fruitful.

"I think if we are concerned about our people's development, we should have a cabinet minister as a member of the caucus executive to always ensure that Buganda's interests are well reflected in government plans, aligning budgets of the two institutions and mobilizing fellow ministers from Buganda. We also need to boost the welfare of our caucus MPs to sufficiently contribute to the kingdom's development agendas," Nankabirwa noted.

But for Nakifuma county MP, Robert Kafeero Ssekitoleko, article 19 (e) that limits members' eligibility for re-election after serving for two consecutive terms of  two and half years is an unfair clause that needed to be amended.

The elections to replace Godfrey Kiwanda as chairperson, Nambooze as vice chairperson, Vincent Ssempijja as spokesperson, Bennie Namugwanya the secretary and Deo Kiyinji the treasurer didn't go without scenes of drama and confusion.

It is at this point that Kawempe north MP Latiff Ssebagala suggested that if Kasolo and Nantaba couldn't reach consensus on who should be secretary cabinet affairs, the position should go to Nankabirwa, sending the members up in arms. 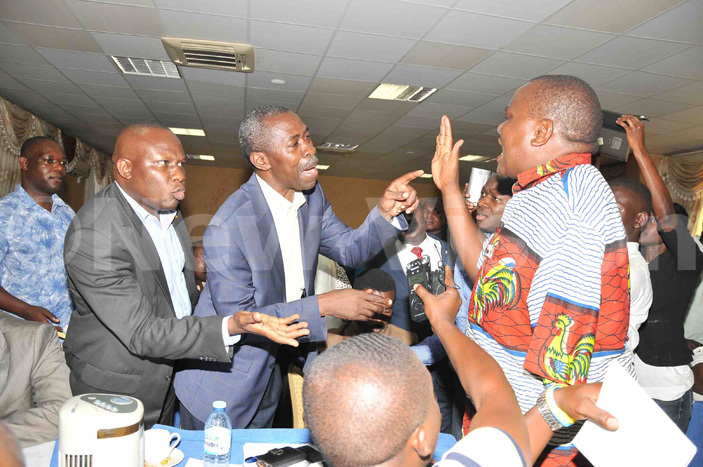 When the state minister for higher education John Chrysostom Muyingo revealed  that  they had agreed in a closed door meeting that Ssekikubo steps down in favour of Muyanja to lead for the first two and half years and leave the other half of the second term to him (Ssekikubo) without going back to the polls, he sent the gathering into a frenzy. Mpuuga argued that the suggestion would abrogate the new constitution and pleaded with the members to stay calm and elect. 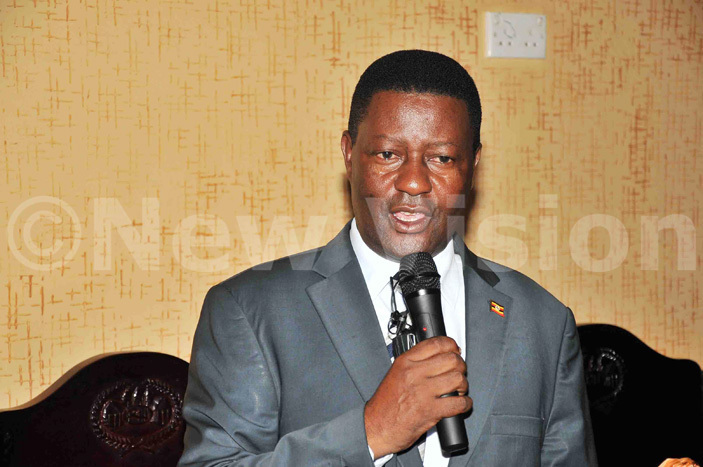 Muyanja addresses the members after his victory