General Katumba calls on women to join the army

katumba wamala welcoming muwanguzi and her mother in his office.

Gen. Edward Katumba Wamala the Chief of Defence Forces has called upon more women to join the army.

Gen Katumba said this on Wednesday during a meeting at the army headquarters in Mbuya where Angel Tyra Muwanguzi, a Primary Four pupil of Train up Child Primary School - Bugolobi, had been given an opportunity to act CDF for 45 minutes.

Gen. Katumba noted that according to the constitution, 30% of the army recruitment should be women. He adds that the army is trying to create a conducive environment for women in the army. He, however, said that the target has failed to be a reality because of the few women interested in joining the army.

"Parents should encourage their daughters to think about joining the army because it is now professional not the one they used to know before the NRM came to power," he said. 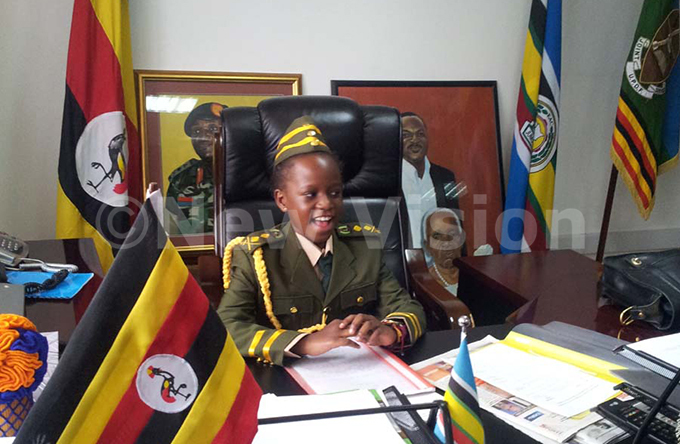 "We are happy to note that we now have women drive tankers, tank commanders even in Somalia, a jet fighter pilot, and many are holding high ranks in the army that many used to think are for men," Gen. Katumba added.

Meanwhile, Gen. Katumba expressed concern about the level at which drugs are being abused in the country especially among the youth, noting that there is need to come up with strong laws to prevent the sale of the drugs that are enticing the youth to use drugs.

He highlighted that there is need for all institutions to have counsellors, especially in schools because it is where most of the cases are reported. "The schools especially from middle level should reserve time to teach the children the ways of life," he noted.

Col. Rebecca Mpagi, the director for women affairs, called upon girls to join the army because it is safe and there are many opportunities.

She gave her example that if it was not for self-confidence, she would not be a high-ranking officer.

"The girls should know that they have to empower themselves before they ask the men to empower them. We need to have confidence in ourselves as women and  in whatever we do, we need to have self-discipline. Some of us look for easier life, you get a job and instead of continuing with your duties, you look for favours, that is why men take advantage of us," she noted.

She advised the women in the army to know that what a man can do, they can also, so even when they are woken up in the night they have to go, even on frontlines, driving tanks, flying war jets and many other duties and this is the only way we shall achieve and compete favourably.

She also called on men who marry army women to understand their nature of work such that they give them all the support.

After her 45 minutes, Muwanguzi expressed her appreciations to the CDF who gave her an opportunity to act on his behalf and promised to work and such that she can be like him. 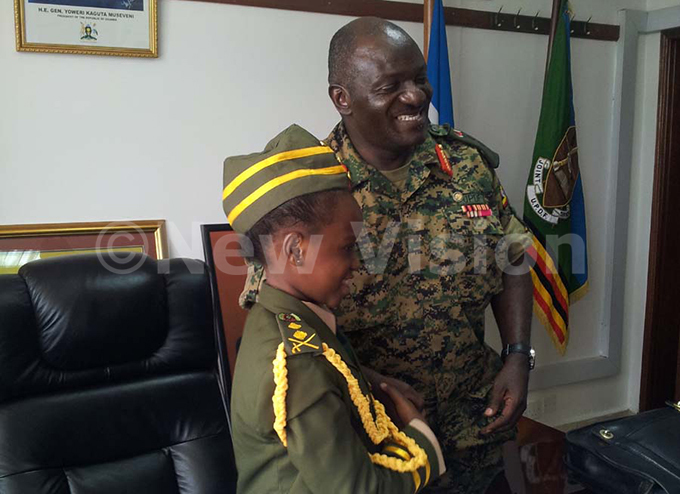 "I have always wanted to be a doctor; however after today, I have realised I can also join the army. I have realised being an army person is not being in a different planet, but you are like other people," she noted.