In pictures: Getting around in Arua

Wondering how you can get around in Arua town? A two-wheeler comes in quite handy.

Wondering how you can get around in Arua town? A two-wheeler comes in quite handy.

About 510km from Kampala, Arua is becoming a busy business hub with an increasing population as people from as far as DR Congo, South Sudan and other northern Uganda towns take advantage of the enterprising opportunities. 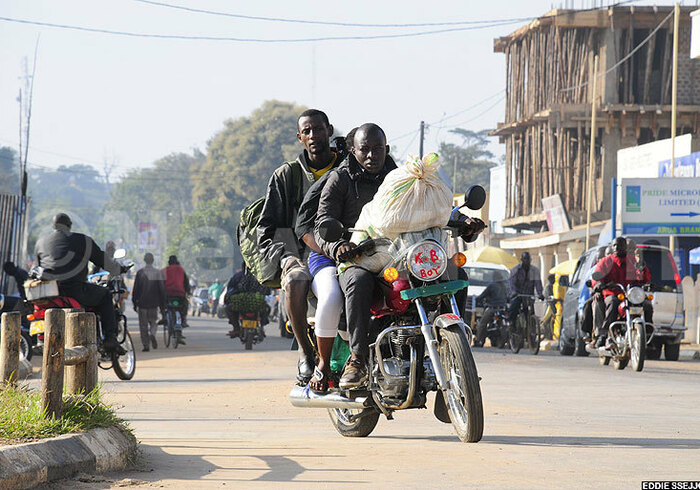 Many residents of Arua town are flabbergasted by the way life is fast-changing in this north-western town, the biggest in West Nile region and currently moving towards assuming a city status 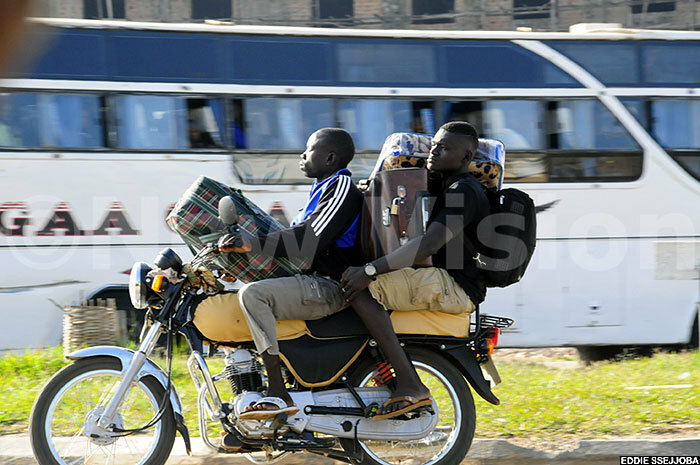 Every day people flock to the town from different directions hanging on lorry trucks, overloaded commuter taxis, bicycles and motorcycles to take advantage of the booming business in the town 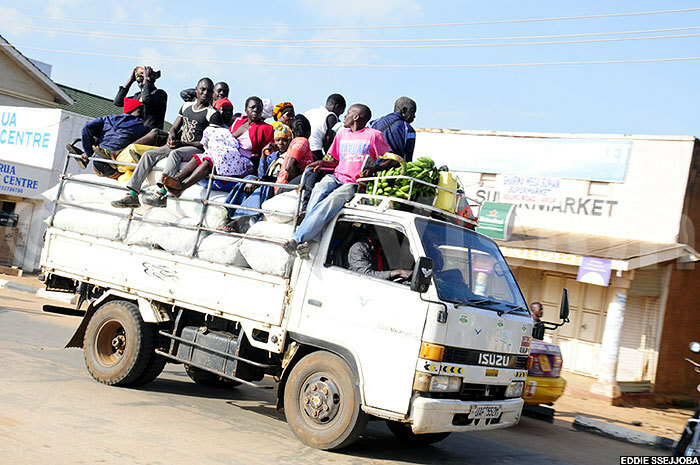 Although they still comfortably accept to be carried on trucks as their main transport, many residents testify that they can now move comfortably on smooth roads and can reach town without the usual dust on their faces 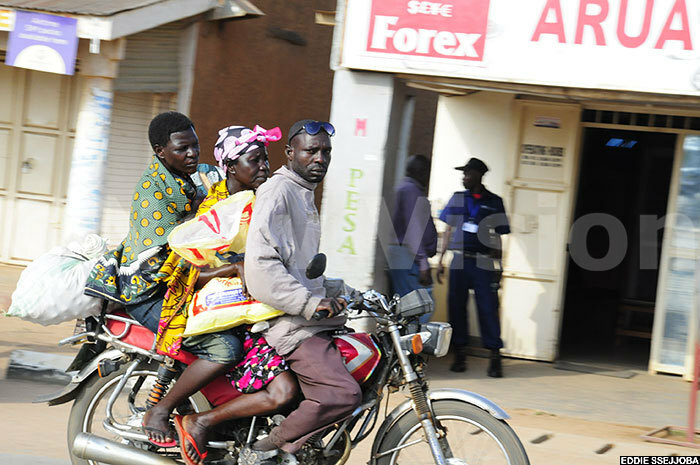 Many streets that have been dusty and cracked have been fixed in the recent past. Several roads have been upgraded and tarmacked including those leading from upcountry stations The roads are wider and can enable motorists and cyclists to enjoy their rides, including mothers with their babies on their backs, save for a few pedestrians who are yet to master the traffic rules 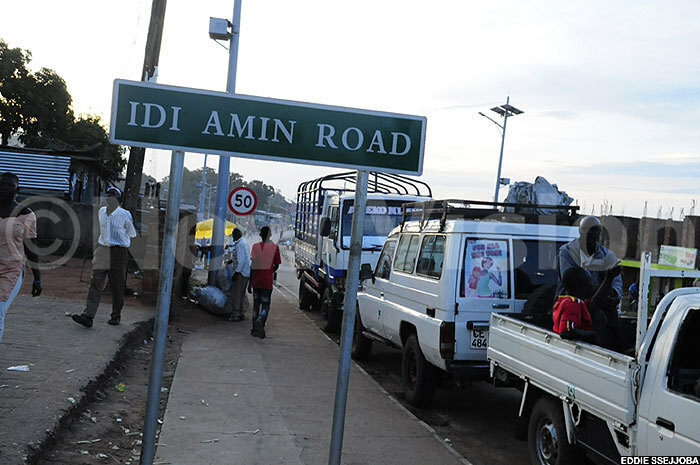 Arua is now competing with other towns including Gulu. Here is a road named after former Ugandan president Idi Amin Dada (1971-79) 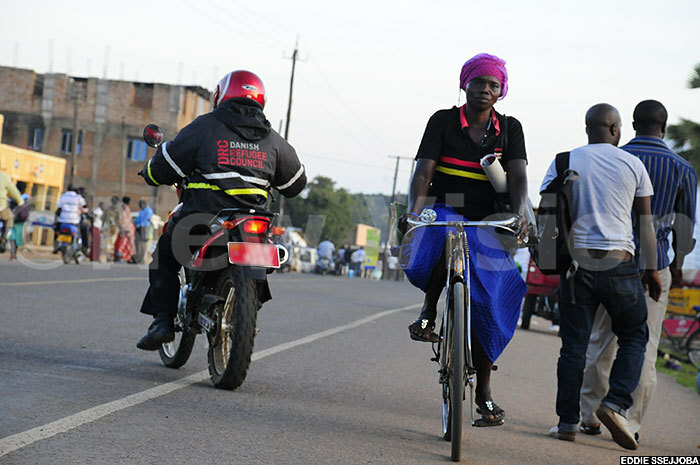 If you haven't travelled much out of Kampala, seeing a woman riding a bicycle on a main highway would come a little as a surprise. But in many upcountry towns, like Arua, it's  a common sight 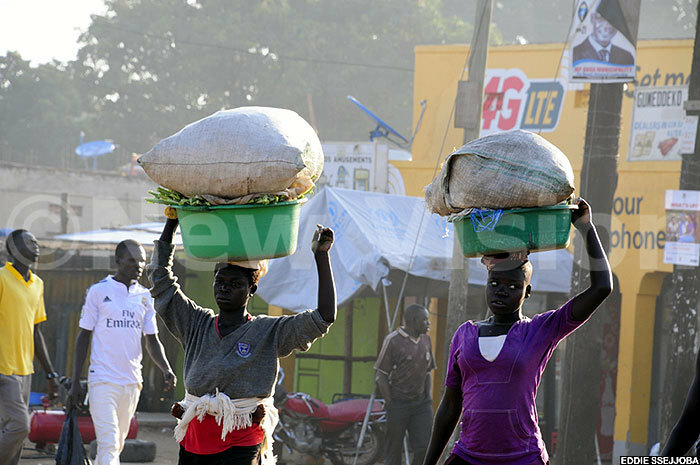 You will find groups of girls and women making their way from point A to point B, carrying basins and sacks of stuff on top of their heads. Some, like this lady on the left in the picture, carry their babies on their backs too 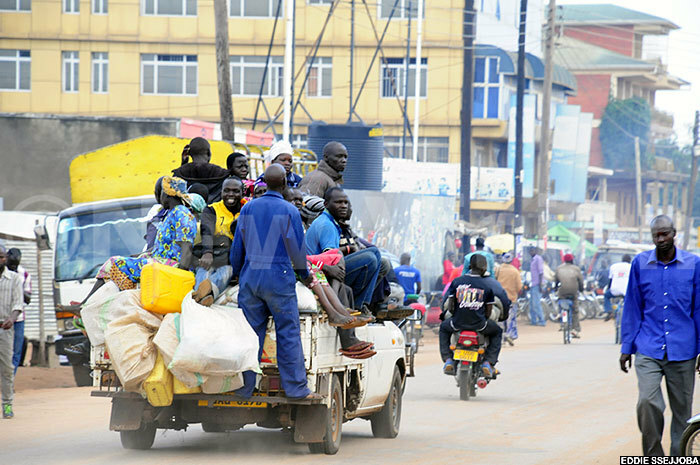 Pick-up vehicles are quite common in this area. And more common about them is that they are usually laden with many people and goods 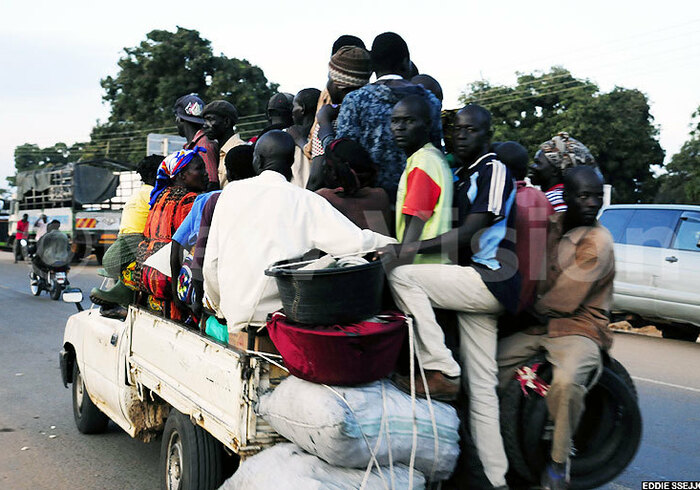 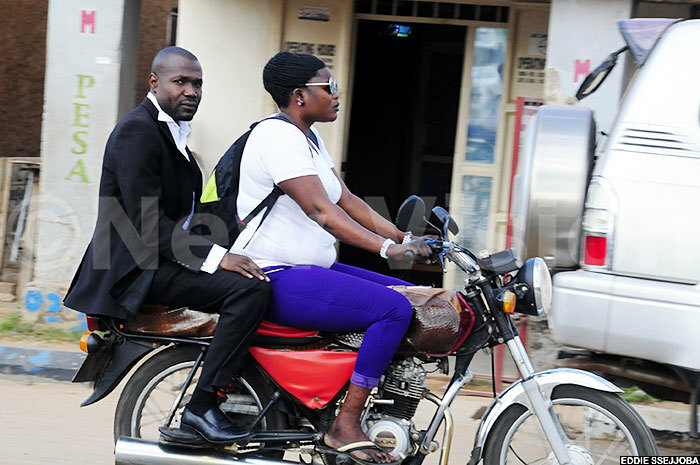 Also, this is not the kind of arrangement you will normally see on a busy street in Kampala. But here in Arua, be sure to see a woman riding a man on a boda boda 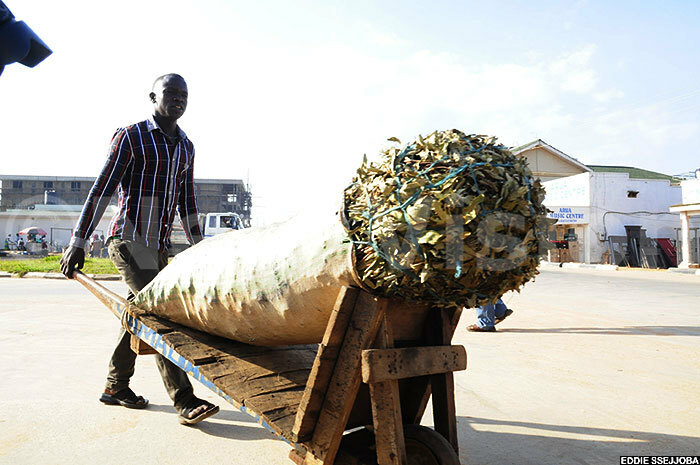 Some people push their goods  on a cart from one place to the next. It's quite some work though, and so don't opt for this if you are not sure of your bicep-tricep power! 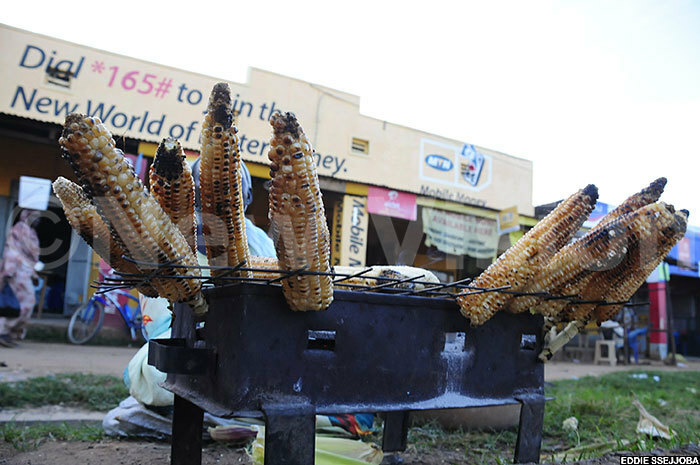 And while taking a casual stroll around the town, you can ease by the roadside for a bite. And how better to snack than the Arua way: roasted maize. Anyone? 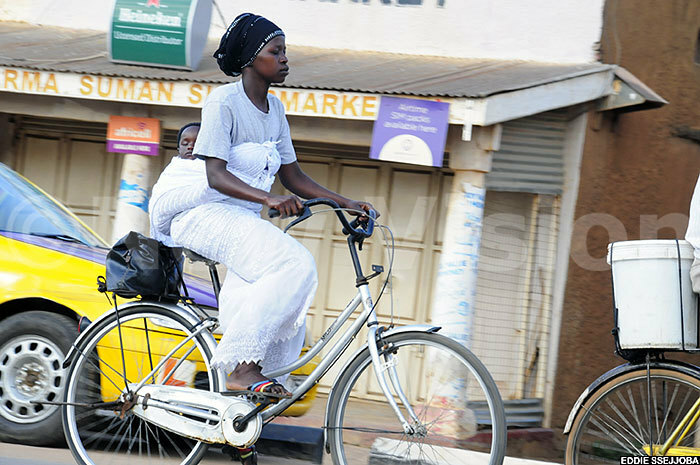 Clearly, there are so many ways of getting around in Arua. In fact, you may not even need to make a turn at a nearby filling station for fuel. Just wheel out your bicycle, slap your handbag on the carrier, make sure your baby is strapped tight and safe on your back and pedal away!